Rob Schneider to Newsom: “Step On Our Liberties, We Will Kick Your A** Out of Office” 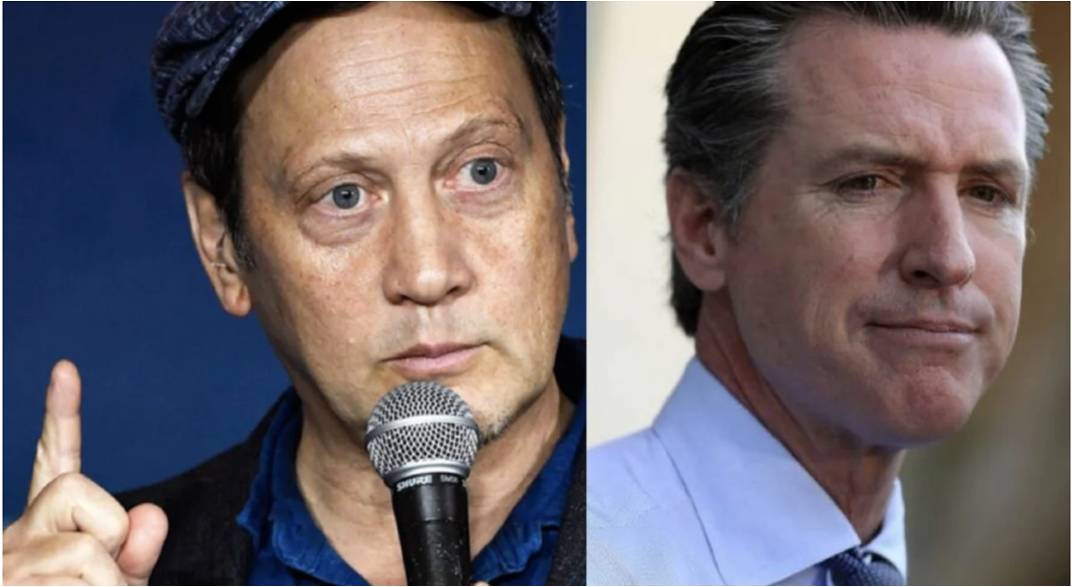 The “peasants” are rising up and telling the elites to shove it!

Governor “Fancy Hair” Gavin Newsom is in some very, very hot water in the state of California.

Apparently, he’s tyrannical lockdowns and the systematic killing of small businesses and the middle-class isn’t going over so well…who knew?

Meanwhile, this smug elite isn’t even following his own orders…he was recently spotted at a fancy French restaurant with no mask, rubbing elbows with his other rich pals and eating expensive food, while he shuts everyone else’s business down.

The governor recently enacted stay-at-home orders in some areas of California and issued strict guidelines in response to a “surge” in COVID, which also includes shutting down outdoor dining. That particular move really infuriated businesses who are already struggling to stay afloat.

Conservative actor and comedian Rob Schneider has been very active in pushing the petition to recall Gavin Newsom…and today he took to Twitter with a bold and very strong message to Gavin and all other Democrat tyrants using COVID as a power move.

Here’s what he said:

“It’s possible now to recall CaGov @GavinNewsom Help send a message to other despot, hypocritical leaders that when you step on our liberties, we will kick your ass out of office & you’ll have to learn what’s it’s like to actually work for a living”

It’s possible now to recall CaGov @GavinNewsom⁩
Help send a message to other despot,hypocritical leaders that when you step on our liberties, we will kick your ass out of office &you’ll have to learn what’s it’s like to actually work for a living https://t.co/D07equWjqx

And speaking of the recall efforts…apparently, those are really heating up.

So much so that Gavin’s advisors are now reportedly very worried that these efforts will actually work. They’re getting really close to having all the signatures needed.

Let’s hope they get there – these recall efforts are the best way for the “peasants” to get the point across to these elites that they’re not running the show.