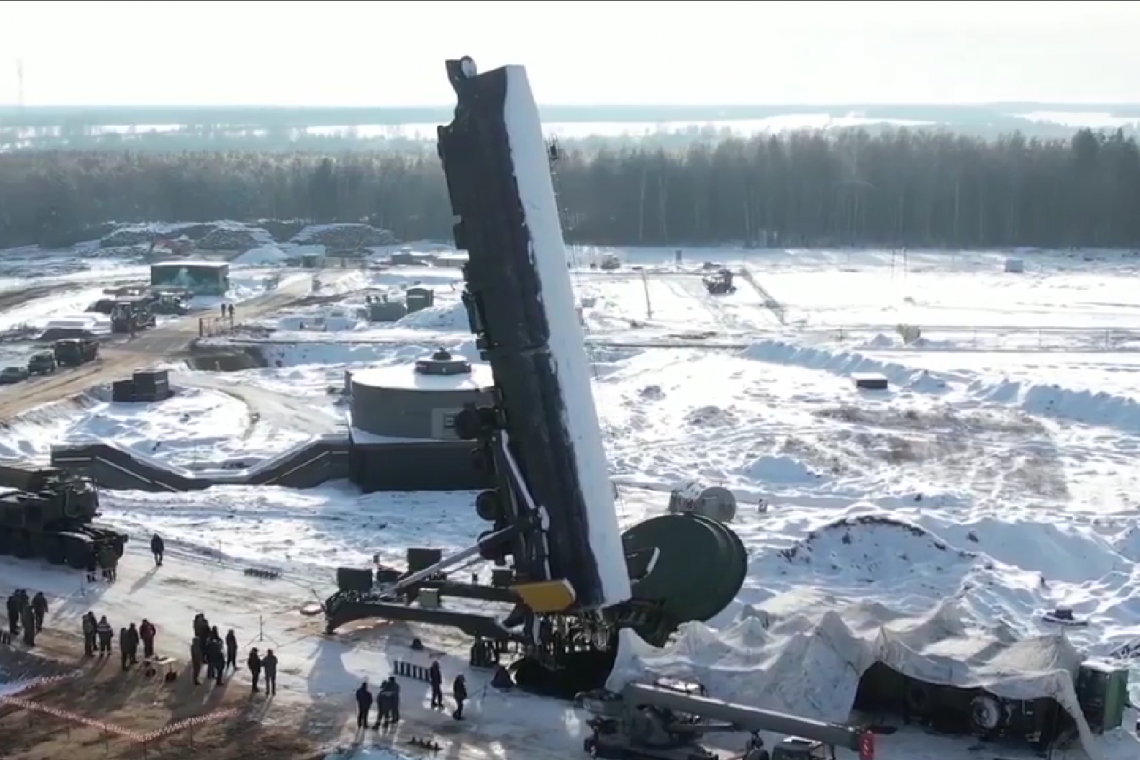 VLADIMIR Putin has renewed his nuke threat against the West by appearing to ready a nuclear missile for launch.  The missile has been put in Kozelsk, Russia, very near western Europe.

Footage shows a huge Russian Yars rocket able to hit the UK and the US being loaded into a silo at a base near Moscow.

The intercontinental ballistic missile has a 7,500 mile range and when nuclear-armed is reportedly 12 times more destructive than the atomic bomb dropped on Hiroshima.

It was seen on Russian TV being installed in a launch-pad using a special transport and loading unit – but there is no indication of any order for an imminent launch.  The Russian Ministry of Defense released video of the missile being put into place:

Missile force commander Colonel Alexei Sokolov made clear the latest move was aimed at sending a message to the West, with both the UK and US within range.

“The importance of this operation lies in the fact that the missile will be put on combat duty on schedule,” he said.