Russia: If our soldiers are killed, the Nazis of Berlin will pay as in the Second World War – Su-34 will bomb the convoys! 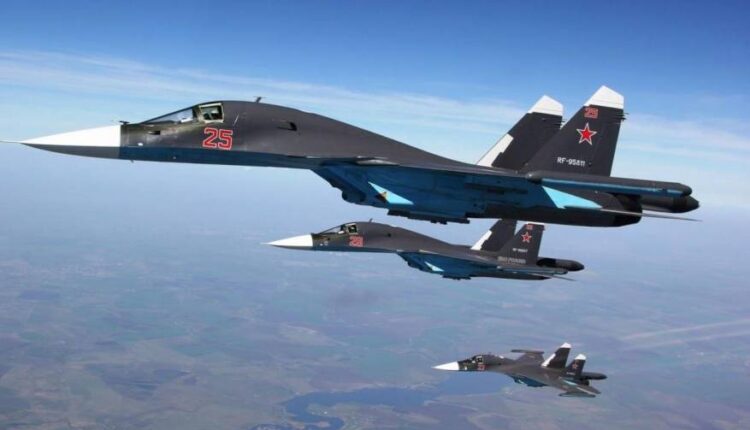 “You call the ghosts of a hot war”

The General Staff of the Russian Armed Forces has ordered Su-34 bombers to blow up weapons transport convoys of NATO member states as well as European countries to Ukraine.

In addition, a strategic order has been issued for strategic bombers. The target is mainly the Ukrainian-Polish border.

Probably for this reason it has sounded a nuclear alarm in Russia.

The Russian Foreign Ministry recently said that countries that equip Ukraine militarily would be held responsible if these weapons were used to strike at Russian forces.

The Russian Foreign Ministry launches an unprecedented attack on Germany.

“You will kill Russian soldiers again”

“In recent days, we have witnessed repeated statements by the German side about the start of military arms deliveries to Ukraine (in particular, we are talking about 1,000 portable anti-aircraft missiles, 500 portable Stinger anti-aircraft missile systems, allowing a number of in Kyiv) which contradicts Berlin’s previously balanced line on this issue.

This decision of the German government was officially confirmed by the German Federal Chancellor O. Scholz during his speech in the Bundestag on February 27, 2022.

Such an outrageous gesture is justified by the “struggle of Ukraine for its freedom and independence” as well as due to the “threat” that our country allegedly poses to European security.

There is nothing new under the sun.

“You call the ghosts of a hot war”

Once again, as many times in history, weapons coming from German territory will be aimed at Russian soldiers.

In this context, O. Scholz’s assurances about the importance of historical reconciliation between the peoples of Germany and Russia sound particularly cynical.

With this decision, the Federal Republic of Germany calls the ghosts not a cold war, but a “hot” war.

Too many sad associations are caused by the prospect of further “military” support for Kiev from Berlin, which, moreover, apparently does not realize that in the current situation, the weapons supplied to Ukrainian territory can easily become prey to neo-Nazis, terrorists and terrorists.

How complete was the de-Nazification process in Germany?

The supply of weapons to the ideological heirs of Nazi collaborator S. Bandera makes us, willingly or unwillingly, ask a rhetorical question – how complete was the de-Naziization process in Germany itself after the defeat in World War II?

In this context, it is now understandable, unfortunately, the derogatory statements of O. Scholz, who, at the Munich Conference on Security Policy on 18 February 2022, declared “ridiculous” the revealed facts of the genocide of his civilian population. Donbass by the Ukrainian military.

He described as “outrageous” Germany’s decision to send weapons to Ukraine, the Russian Foreign Ministry.

At the same time, he warned that the EU’s actions would not go unanswered, saying that those who send weapons to Ukraine would be held accountable if they were used during the Russian operation.