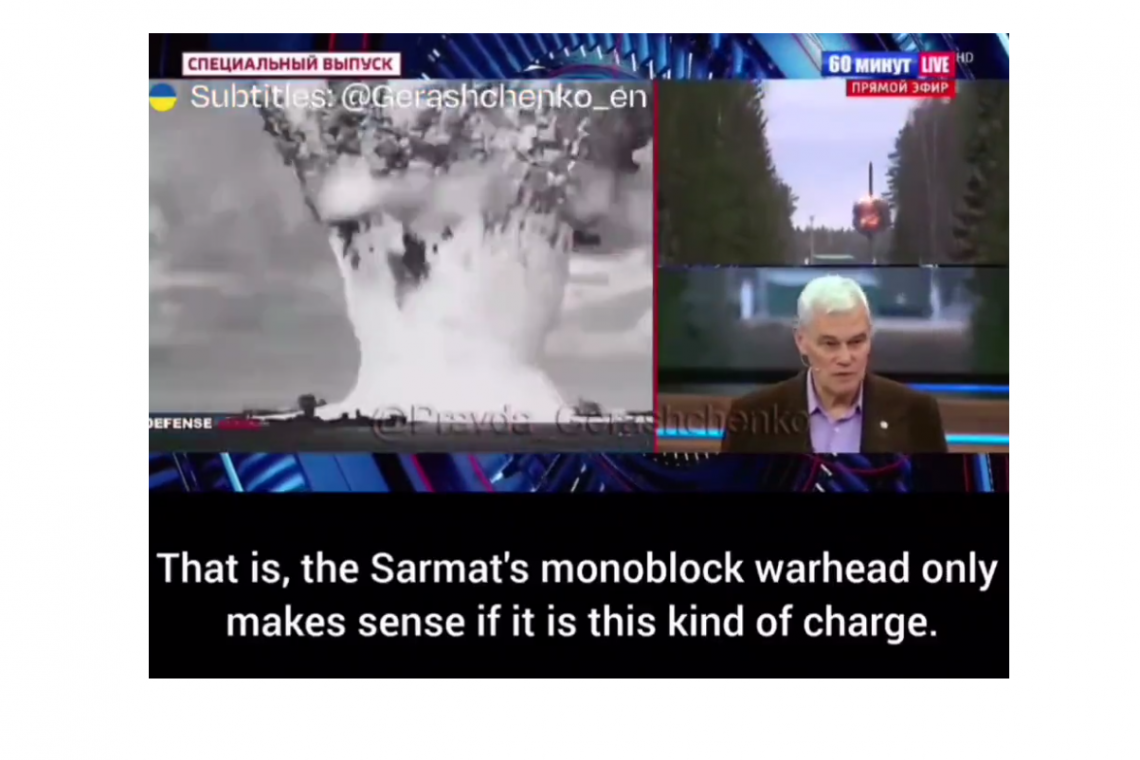 The last time the Yellowstone Supervolcano erupted was about 800,000 years ago.  That eruption sent volcanic ash over two-thirds of north America, wiping out most of the life at the time.  The volcano is already overdue for another eruption, and these Russian TV hosts are openly wondering if a gigantic nuke, striking in the heart of Yellowstone Lake, could trigger another super-eruption to wipe out the United States.

According to the estimates of experts in Russia, “a number of events confirm the direct(!) involvement of the USA and Poland in the massive military-logistical support of the Kiev regime, in the preparation and implementation(!) of joint terrorist attacks on the ground of the Russian Federation”.

Moscow claims that “the drone avionics and control stations were manufactured by American Spektreworks, a company that performed the initial coordination and control of the drones at Scottsdale Airport in Arizona.”

In addition, the relevant services emphasized that “the final assembly and flight tests of these drones took place on Polish territory, near the Rzeszow airport, which is used by the US and NATO as the main supply hub for the Ukrainian armed forces . “

“The installation of the payload, the flight mission and the launch itself were carried out from Odessa and Krivoy Rog,” claim Russian experts.