Russian analyst: “World catastrophe will be born in Ukraine – They bring war to Europe” – Video with transport of tanks! 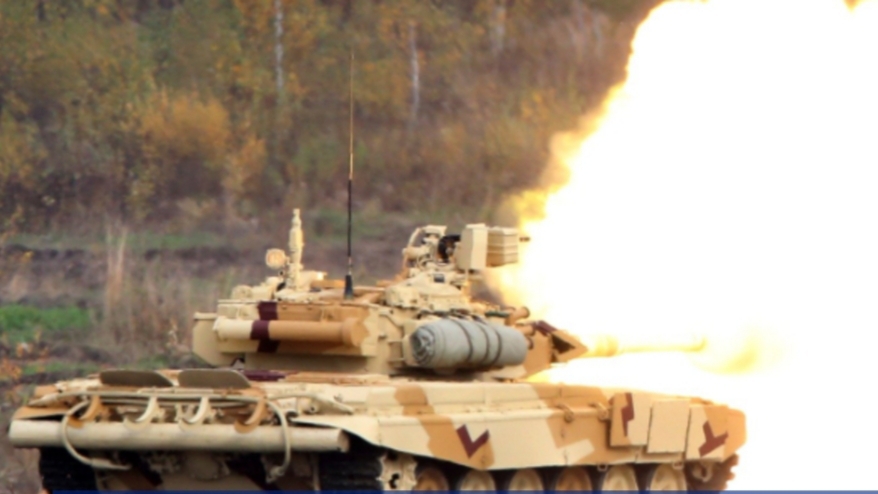 Apart from the Russian media and Russian analysts, they say very harsh words, saying that “Ukraine can become the place where the global catastrophe will be born”!

At the same time, Donetsk tanks are lined up on the line of confrontation with the Ukrainians in Horlivka. Donetsk has increased firepower. Nevertheless, it lags far behind in terms of armaments compared to Kiev.

According to Turkish sources, Kiev is ready for a major attack on Donbas. When it will start also depends on the weather conditions. However, they note that in the first phase they will have at least 12-15 Bayraktar UAVs for the attack.

According to Russian media, the head of the Ukrainian delegation, Andriy Yermak, sent a letter to the representatives of the countries involved in the peace process, in which he rejected the measures proposed by Russia to resolve the situation.

At the same time, they emphasize that Ukraine is crossing the red line. Ukrainian forces open fire on Donbass with Grad missiles, which is prohibited under the terms of the ceasefire.

What had happened in the case of Georgia!

Russian sources note that: 18 NATO warships have been assembled in the Black Sea, just as WarNews247 had revealed a few days ago. The most powerful ship is the Ticonderoga class cruiser with 30 Tomahawk cruise missiles and 15 anti-submarine missiles.

The Russians admit that a very strong naval strike squadron has been assembled by NATO, but they also reveal the following:

“The same fate with the same force of fire had gathered in the Black Sea in 2008 to support Saakashvili in Georgia! We know the results, “ said the Russians. The attack on Georgia began and NATO was not involved.

Watch the video of Donetsk tanks being lined up on the line of confrontation with the Ukrainians in Horlivka.

Ukraine will become part of the NATO-Russia conflict

“Ukraine can become the place where a military conflict between Russia and NATO will take place ,” said Eduard Lozansky, head of the American University in Moscow.

The professor said the following:

“Under Joe Biden, Russia-US relations will not improve. There will be more tension that could lead to what we all fear, a direct military confrontation between Russia – the US and NATO with unpredictable consequences.

Ukraine could become the place where the global catastrophe will be born because of Biden’s interests in the country.

Let’s not forget Biden’s interests and ties to Ukraine, Poroshenko and other politicians, the investigation into the Burisma oil company and the involvement of Biden’s son Hunter.

Zhirinovsky: Let’s break them up!

“Russia must not wait for another challenge from the United States on the line of contact between Ukraine and Donbass. Russia must destroy the enemy immediately.

The US does not dare to start a war. That is why they constantly challenge us so that we can not stand their insults and humiliations.

They do not want to bring war to their own borders, that is why they are bringing war to Europe.

There will definitely be war in the coming days. Then why not disband the Ukrainian Armed Forces tomorrow so that there are no Ukrainian soldiers left?