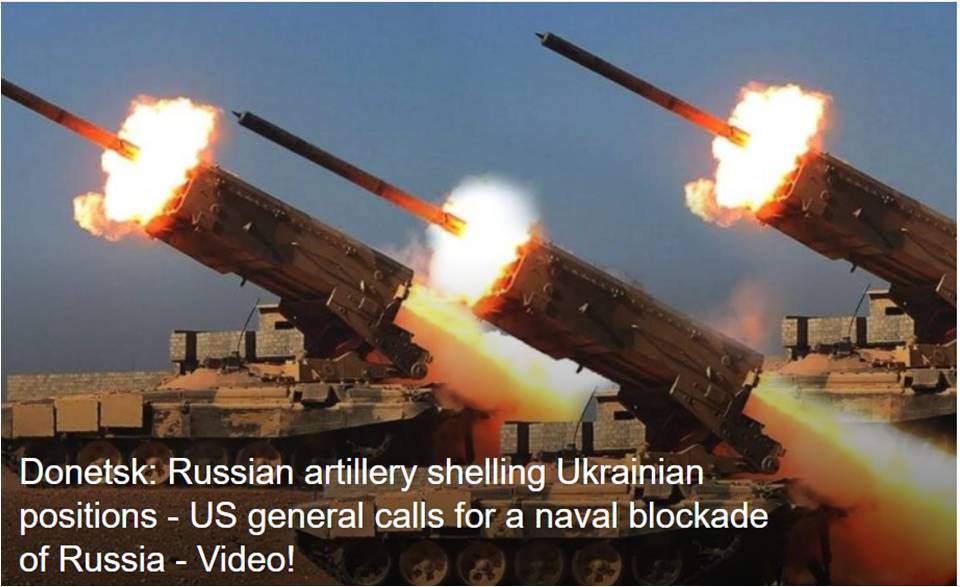 In Crimea, Russian generals are holding a war council

Fighting erupts on the outskirts of Donetsk between Russians and Ukrainians, and two videos that have come to light show Russian artillery shelling Ukrainian positions.

Eyewitnesses reported that the citizens immediately went to the shelters.

The explosion that follows makes night and day. The fighting took place in the northern and northwestern suburbs of Donetsk, in the Proletarskyi region, in Pyshevik, Hnutove, Krasnohorivka and on the outskirts of Oleksandrivka.

On the western front of Lugansk (Zolotoe-5), in Pervomaisk, Kirovsk, Stakhanov, Bryanka can be heard artillery shelling.

US General calls for naval blockade of… Russia!

A U.S. general has demanded that Russia launch a major offshore operation in the Black Sea.

In particular, General Ben Hodges, who was previously Commander of US forces in Europe, called for a major naval blockade operation against Russia.

“The United States must be part of this operation, we must implement measures that will make the Commander of the Black Sea Fleet feel very uncomfortable. “For example, against his illegal base in Sevastopol,” he said

“The United States does not have the capacity to block Russian ships in the Black Sea. “Unlike the United States, Russia is ready to respond harshly to even the smallest challenge, and that is what the Americans should expect,” said a Russian analyst.

Apparently from there they will direct operations against Ukraine.

Videos show the insignia being erased by Russian weapons. So we are very close to business.

Finally, after the Putin-Lukashenko talks today, Belarus continues to further strengthen its forces on the Ukrainian border.

The videos also show a large chain of accounting support from fuel to ammunition.

U.S. promises to back Ukraine in dispute with Russia, Zelenskiy says https://t.co/Uz1h0V5pTJ