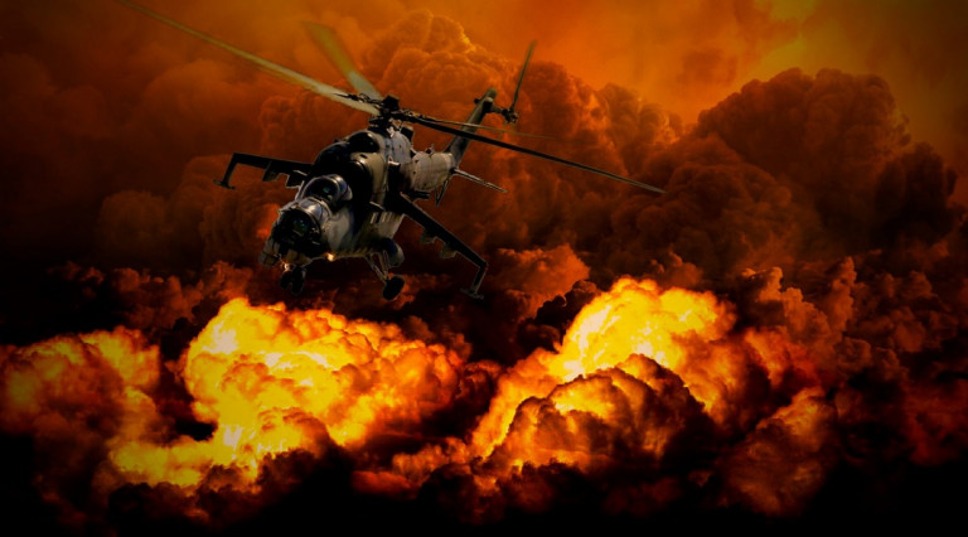 Russian forces carried out sweeping bombardments against Ukrainian military targets in Nikolaev and Kharkiv pending the arrival of reinforcements. Installations, means and human resources of two Ukrainian Brigades were hit in Nikolaev.

In an attempt to slow the Ukrainian offensive in Krasny Liman and other areas, the Russians bombed dozens of targets in Kharkiv. The situation is very marginal for the Russians defending in the Liman area.

In the north of Donbas, Russian troops advancing on a wide front are putting pressure on Ukrainian forces, which have taken up defensive positions on the outskirts of Bakhmut. Having suffered heavy losses, the Ukrainian forces are gradually retreating towards the western part of the city.

The command of the Armed Forces of Ukraine was going to launch a counterattack from the northwestern part of Bakhmut (Artyomovsk) but the Russians prevented these plans. Ka-52 helicopters were sent to the area and intercepted the Ukrainian forces.

In the Nikolaev-Krivoy Rog direction, the Ukrainians are moving reinforcements to attack the village of Blagodatnoye. Russian troops are trying to track the enemy’s movements and inflict pre-emptive strikes on his columns.

Two brigades of the Ukrainian army were hit near Nikolaev

-“In the area of ​​the city of Nikolaev, temporary deployment points of the 28th motorized and 59th motorized infantry brigades of the Armed Forces of Ukraine, as well as units of foreign mercenaries, received massive blows.

More than 90 soldiers and mercenaries were killed, while 18 units of military equipment were destroyed,” said Konashenkov.

According to him, as a result of the strikes, more than 100 soldiers were killed and 20 units of military equipment were destroyed.

-“As a result of the failed Ukrainian offensive in the Krasnolimansk direction, the losses of the 66th and 93rd mechanized brigades of the Armed Forces of Ukraine amounted to more than 70 dead while four tanks, six infantry fighting vehicles and three armored vehicles were destroyed.”

-As a result of massive strikes on the temporary deployment points of the 14th and 92nd mechanized brigades of the Armed Forces of Ukraine in the areas of Dvurechnaya, Kondrashovka and Petrovka settlements in the Kharkiv region, more than 150 servicemen were killed and 12 armored vehicles were destroyed.

-More than 70 Ukrainian soldiers were killed and 14 units of military equipment were destroyed as a result of shelling at the temporary deployment point of the second battalion of the 92nd mechanized brigade of the Armed Forces of Ukraine near the city of Kupyansk, Kharkiv region.

A high-precision strike by the Russian Aerospace Forces in the Kharkiv region hit the production facilities of an armored factory, which housed more than 90 tanks and other armored combat vehicles for the Armed Forces of Ukraine.

-Four ammunition, missile and artillery depots were destroyed in the areas of the settlements of Kupyansk in the Kharkiv region, Kramatorsk in the Donetsk People’s Republic, Kolomiytsevo in the Dnepropetrovsk region and Prylimanskoe in the Odesa region.

The Russian Air Force bombed the positions of foreign mercenaries of the “Foreign Legion” in the Nikolaevka district of the Donetsk People’s Republic. Up to 80 militants were killed in the strikes.

-During the day, aviation, missile forces and artillery hit six command posts of the Armed Forces of Ukraine, including the command posts of the 53rd mechanized brigade of the Armed Forces of Ukraine in the Elizavetovka district of the Donetsk People’s Republic and the 14th mechanized brigade in the Dvurechnaya district of Kharkiv, as well as 87 units of artillery, manpower and military equipment in 198 areas.

-In the Pavlograd area in Dnepropetrovsk, an American MLRS HIMARS system was destroyed.

-A US M777 artillery battery was hit in the village of Gulyaipole, Zaporizhia region. In the Evgenovka region of the Donetsk People’s Republic, an artillery platoon with “Giatsint-B” large-caliber guns was destroyed.

-In the Vladimirovka area, in Nikolaev, the radar station of the Ukrainian S-300 anti-aircraft system was destroyed.

-A Ukrainian Air Force MiG-29 in the Kurakhovo region of the Donetsk People’s Republic and a Ukrainian Su-24 in the Kaluga region of Nikolaev were shot down.

In addition, seventeen HIMARS missiles and one HARM anti-radar missile were intercepted in the New Kakhovka and Kherson areas.

-As a result of a high-precision strike on an equipment repair point on the territory of the EnergoMekhKomplekt plant in Zaporizhia, 10 artillery pieces, including two American M777s, four Vilkha missile launchers and 15 vehicles were destroyed.