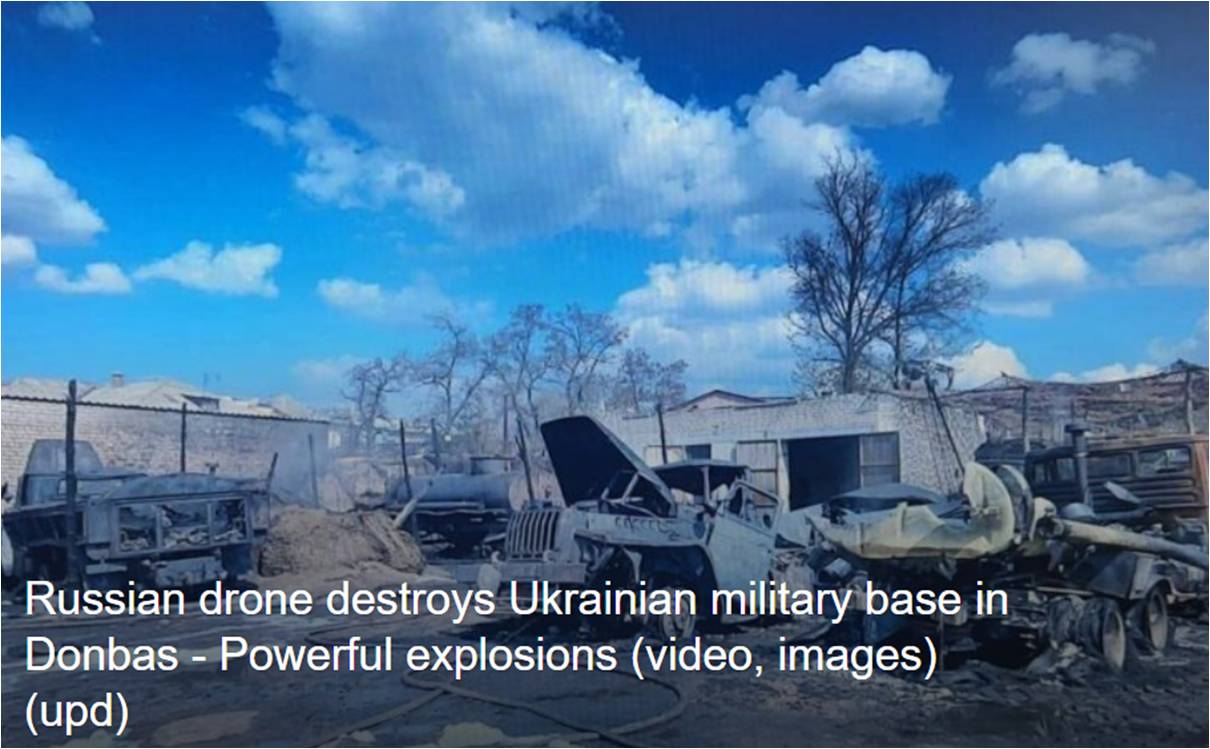 The Ukrainians ran out of fuel … – Sabotage operation?

It was a Russian drone that eventually destroyed the warehouses of the 82nd Ukrainian Supply Battalion of the Ukrainian Army, causing extensive damage.

It is another example of how much war has changed in the age of drones.

A Ukrainian military base in the Luhansk-controlled part of Kiev has been set on fire.

This is the Ukrainian base in the city of Rubizhne in Lugansk.

According to testimonies, a large fire broke out while explosions were heard in the Ukrainian base.

Eyewitnesses report that the explosions preceded and then the fire broke out which spread to the base.

Tankers were engulfed in flames as the fire reached the weapons depots. It was immediately extended to the adjacent buildings.

Aid was immediately sent by the Ukrainian Emergency Situations Force from the Severodonetsk and Kremennaya regions .

The Ukrainian Army’s fuel depots have reportedly been destroyed, with Kiev having to transport additional tankers as there is insufficient stock left for military operations.

We remind you that recently in Kiev, after the incident with the Czech Republic, you revealed that Russia had blown up its military depots. Not once or twice.

However, a Russian base on the Russian-Ukrainian border also caught fire recently.