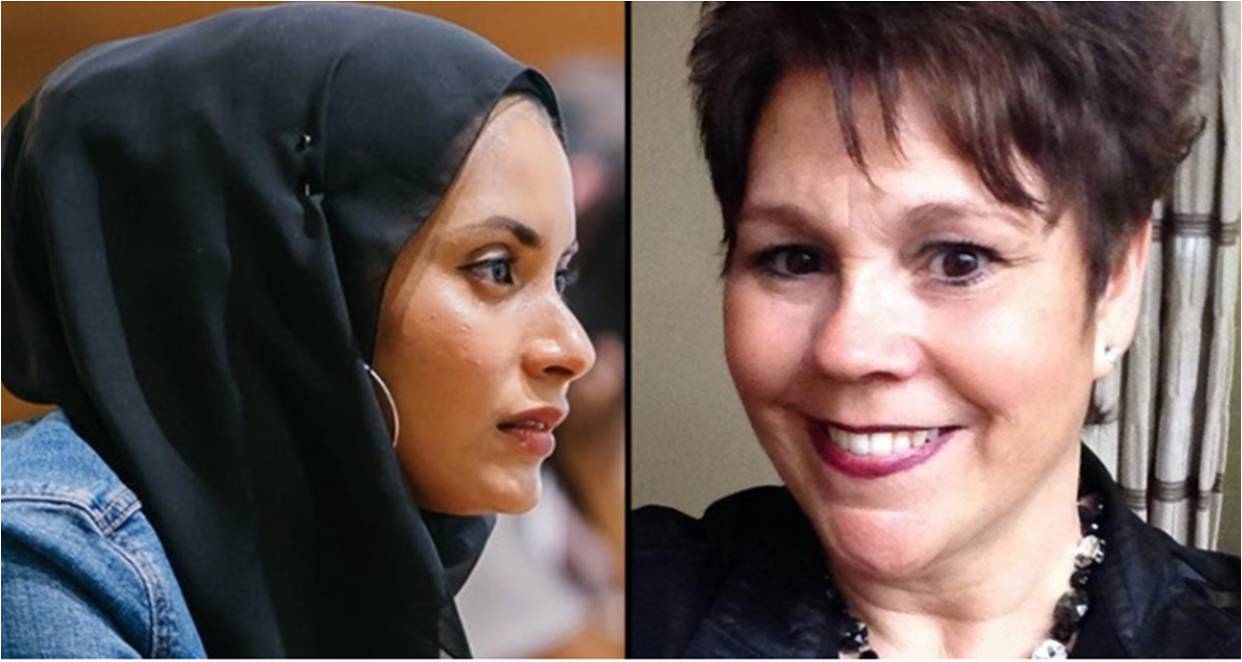 A curious school board member decided to pose a question to Muslim Americans. However, Muslims across the country were so outraged by her inquiry that they began calling for the district to remove her from the board.

Like many Facebook users, Chesapeake School Board Chairwoman Christie New Craig utilized her profile to express ideas she finds worth debating. Of course, in the current political atmosphere, there’s always someone who will find offense with almost any thought-provoking post. For Craig, all this took was a simple question.

Although America was founded on the sanctity of individual freedom, there are still those who seek to shut down speech they deem offensive. Unfortunately for Craig, she became the target of the outrage mob after using her First Amendment rights to pose a controversial question to Muslims living in the United States.

According to WAVY, Craig came under fire after she shared a meme on Facebook, which asked why Muslims immigrate to America if they despise American values. The post, which Craig deleted amidst the backlash, was shared from a Facebook page called “The Conservative Hammer” and begged the question, “What the hell do they come to America for?!”

“Muslims hate pork, beer, dogs, bikinis, Jesus, and freedom of speech. My question is, what the hell do they come to America for?!”

Disturbingly, Craig was faced with criticism for even sharing the meme. Soon, however, it was her position on the school board that became the target for offended Muslims and their non-Muslim allies. In fact, the Washington chapter of the Council on American-Islamic Relations (CAIR) insisted that the district open up an investigation into Craig’s Facebook post.

“The Chesapeake Public Schools Board’s silence on this issue will inevitably be viewed as acceptance and approval of anti-Muslim bigotry,” CAIR National Communications Director Ibrahim Hopper wrote in a letter to board Vice Chairman C. Jeff Bunn. “The board must send a message to students and parents of all faiths and backgrounds in the district and the state that they deserve equal respect and support.”

Christie New Craig was accused of “discrimination” in CAIR’s official letter, prompting the media to inundate her with requests for clarification on her reason for posing the offensive question.

“I merely shared it. I did not make a comment, and I’m just shocked with everything going on in our country – police officers are losing their lives, people are homeless and people don’t have jobs – that a political cartoon would cause this much stir,” Craig said.

Expectedly, Craig was simultaneously labeled a “racist” for insulting the Islamic faith. Later, she explained that, while she never intended to offend anyone, she has the right to free speech.

“I’m not racist. I don’t look at people from the outside in. I look at them from the inside out, but I’m also not going to be bullied or intimidated and have people try to take my freedom away from me,” she said.

Of course, Craig probably knew that no amount of capitulation or self-flagellation would save her from the outrage mob. Incredibly, she responded to calls for her resignation by saying that she will “absolutely not” step down because of her post.

“If I offended someone, I am sorry that they were offended,” Craig said.

After Craig’s decision to double down in defense of her post, she unsurprisingly stirred anger in the Muslim community. However, she had no idea of the support that her refusal to kowtow had inspired. Eventually, Craig was re-elected to serve as Vice Chairman of the Chesapeake School Board.

Incredibly, Craig’s willingness to stand up for her beliefs was enough to overcome the internet lynch mob, which has repeatedly succeeded in getting others terminated from their jobs for similar politically incorrect statements.

Craig’s case proves that if we do not defend the right to convey ideas and speech that we find offensive, we will easily lose our First Amendment rights. Freedom of speech wasn’t established in order to protect inoffensive speech, which needs no protection in the first place. It was cemented to secure our right to speak without fear of being censored.