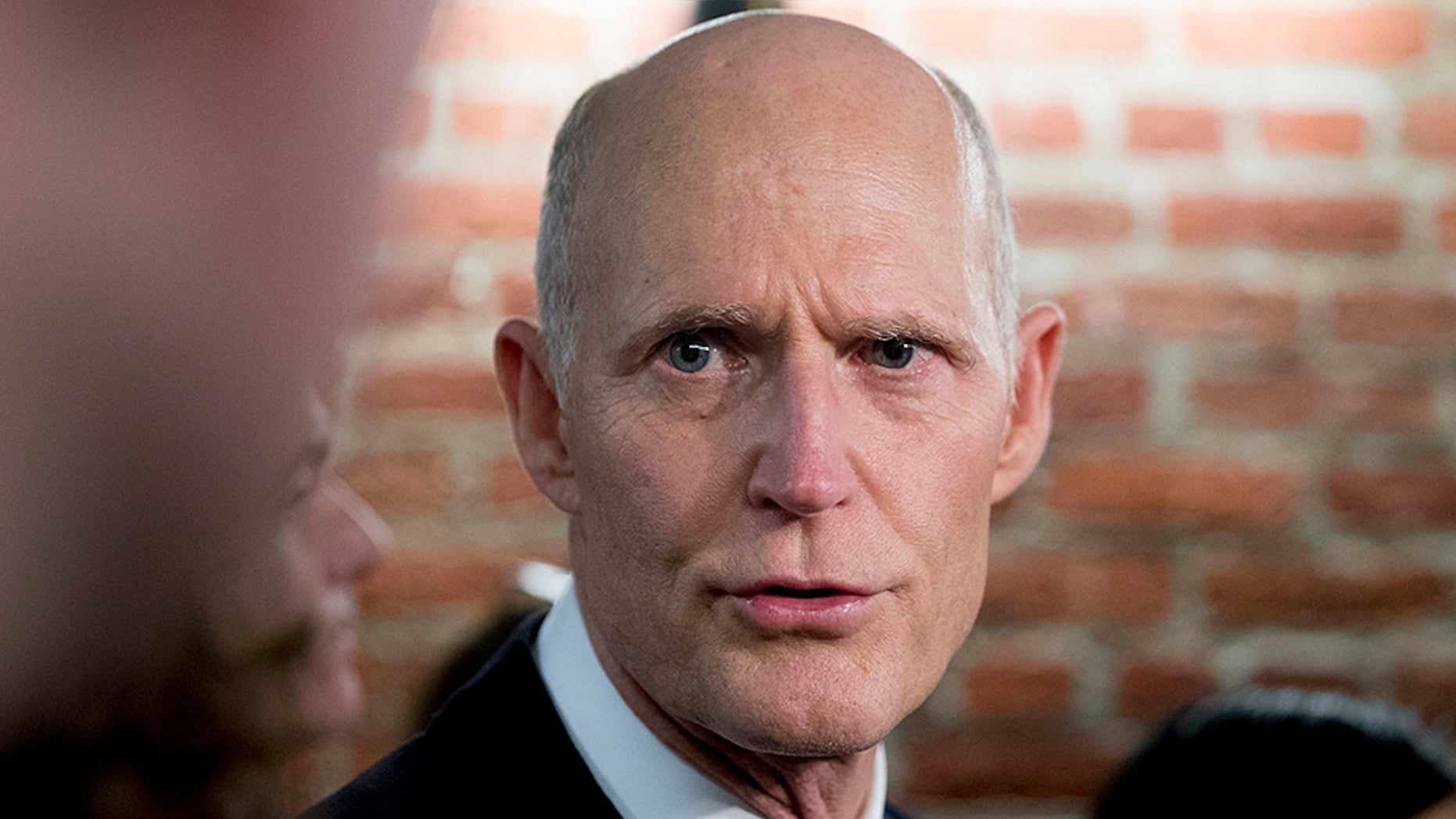 National Republican Senatorial Committee (NRSC) Chairman Rick Scott sent out a memo to voters, donors, and leaders throughout the party Tuesday declaring the “Republican Civil War is now canceled,” detailing a path to victory in the 2022 midterms.  Hal Turner says “Sorry, Senator, the GOP Civil War has just begun. . . no money for you after what you did to Trump.”

“The Democrats control the White House, the Senate, and the House of Representatives. In other words, they control Washington,” Sen. Scott writes.

Here is what they have done and are in the process of doing so far: cutting border security, granting amnesty to illegals, cancelling the Keystone pipeline destroying thousands of jobs, allowing males to compete in women’s sports, banning fracking on federal lands making us less energy independent and using tax dollars to pay for abortion in foreign countries. And they have built an amazing military-style wall around the US Capitol, at the same time they are stopping construction on the wall at our southern border.

Looking backward won’t help us win. Let us look forward and fix our eyes on what is important – an America with plenty of good-paying jobs, an America with great schools and safe communities, an America with freedoms and liberties people around the world would die for.  The only way we can lose is if we stop ourselves by needlessly fracturing. Again, now is not the time. Save it for another day.

You and I are being called upon to rescue our nation from a socialist experiment that always has a tragic finale, an ending that involves loss – loss of prosperity, loss of freedom and loss of life. Let’s work together, let’s focus forward, and let’s get to work to create the America our families want and deserve.

Scott is reportedly turning his focus on defeating Sen. Raphael Warnock (D-GA), who will be on the ballot again in 2022 to secure a full six-year term, and Sen. Mark Kelly (D-Ariz.), who just won a special election to complete the last two years of the late John McCain’s term.

I’ve got my work cut out for me, but I’m excited. We’ll be able to get back the seat that Kelly Loeffler was in if we get our message out. We should be able to win back Arizona. I think we just have to, but there’s plenty of other states where there were close races in 2016 that we have a chance to get back.

Republicans have a tough map ahead of them on the Senate side and are playing defense in a number of battleground states for the Senate, with Sens. Ron Johnson (R-WI) and Marco Rubio (R-FL) up for re-election, while retiring GOP incumbents leave open seats in Ohio, Pennsylvania, and North Carolina. But if the GOP can net gain at least one seat, the Republicans will retake the Senate.

No, Senator Scott, the Republican Civil War is not canceled.  In fact, it has just begun.

The way “Republicans” treated President Donald Trump is such a disgrace, that very many of us out here in the real world will not give ONE CENT to the Republican Party until there is a very large leadership purge.

Sure, we know what the Democrats are doing; they STOLE the Presidency through brazen, rampant, criminal, election fraud to do it!

Instead of Republicans confronting that fraud, most of them RUBBER-STAMPED IT on January 6 when Congress met in joint session to receive the Electoral Votes.

And you and your fellow members of Congress wonder why Americans stormed into the Capital building?  YOU ACCEPTED THE ELECTION FRAUD!   You rolled-over and did nothing to stop it.  YOU and Republican members of Congress were the final straw that disenfranchised 75 million of us by your failure to confront the election fraud.

Their failure to stand-up for the 75 Million Trump voters who were literally disenfranchised by Democrat fraud, was disgusting.  We all saw it with our own eyes and we will not forget.

Let’s not even bother talking about the second Impeachment fiasco.  No Chief Justice of the Supreme Court presiding?   The Presiding Senator VOTING to convict?   The whole thing was a sham . . . and Republicans went along with it anyway.

No, Senator Scott, the Republican Civil War is not canceled; YOU are canceled.   You, Mitch McConnel, Lynn Cheney . . . the list goes on and on.   You folks must leave your positions and leave the Republican Party because you are unworthy of affiliating with us.

And until you leave, the GOP won’t get ONE CENT from the rank and file.

Sure, you’ll probably continue getting millions from the likes of RINO Koch Brothers; who betray this nation with their stance on illegal immigration.  But even they can’t provide the funding level that we, the rank and file, provide.

And your other big money guy, Sheldon Adelson, is finally dead – so you won’t be getting millions from him, either.

You just keep right on deluding yourself that you folks are the only choice to battle Democrats, and you’ll keep right on losing.

The simple truth is that our Republic is dead.   Elections are invalid due to fraud and voting has, as of November 3, 2020, become useless.  Your failure to confront the fraud has left us with an ILLEGITMATE President and Vice President.  Your failure to confront the election fraud has made both houses of Congress – The House and the Senate – illegitimate.  And the courts refusal to hear lawsuits, make the federal courts illegitimate too.   You are part of an invalid government.

You may think that you are the only possible hope anyone has to battle Democrats; but your remarks are just an effort to gloss over the betrayal you perpetrated on January 6, with the hope people will be stupid enough to keep you in power.  Not this time.

We will not support you with money because YOU are part of the problem.  Go away.

Yes, this means Democrats will keep control and keep wrecking the nation.  Like allowing tens of thousands of illegal aliens to cross the southern border – without COVID tests – while you demand we Americans lock ourselves away at home, wear masks, social distance, and have no jobs or businesses anymore because of COVID shutdowns.   Real brainiacs you folks are!

Yes, Democrats will wreck the nation because, at their core, Democrats are not only among the most stupid people on this planet, they’re covetous and vindictive.  They will steal for their own enrichment until there is nothing left.

When the country is literally ruined by what Democrats are doing, likely within maybe 5 years from now, then we will come to clean things up.

And when we do, while I cannot be certain of the methodology which the American people may employ at such a future event, it seems to me that what happened on January 6, 2021, might just look like a fucking Garden Party.

You will have brought it upon yourselves by being the sniveling, spineless, girly-men, political cowards you seem so clearly to be.

Fuck you for what you did and for what you failed to do.  No money for you anymore.  Die a financial death for your treachery.