Sex Trafficking Survivor Slams Twitter CEO Over Purge: ‘How Do You Sleep at Night’ 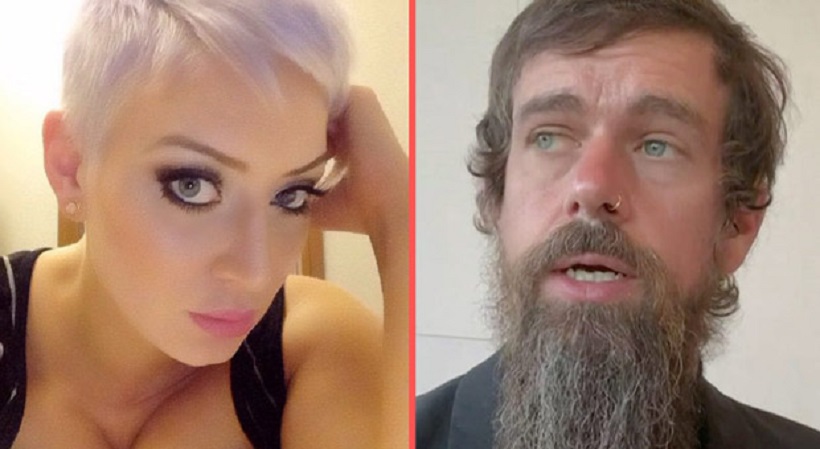 A sex trafficking survivor-turned-activist has slammed Twitter CEO Jack Dorsey over the companies selective purging policies, asking: “How do you sleep at night?”

Twitter has come under fire for purging President Donald Trump and demonizing conservatives while doing little to stop abusive material from spreading on the platform.

The Big Tech giant was hit with a bombshell lawsuit last week involving a young boy who was solicited and recruited for child sex trafficking.

The suit alleged that the victim had to endure his own sexual abuse material being promoted on Twitter, even after attempts were made to remove the content.

In the wake of the suit, activist Eliza Bleu – a sex trafficking survivor who has worked with the boy (named “John Doe” for anonymity) – has challenged  Dorsey over his company’s harmful and divisive policies.

“John Doe serves as a voice for countless victims and survivors in the United States and around the world,” Bleu told The Daily Wire in a statement sent via email.

“Most of the children being abused cannot report their abuse to Twitter.

“Big tech has shown consistently that they are unwilling to remove the child sexual abuse material and human trafficking from their platforms at scale.

“So, much as we have seen in times past, it takes brave survivors stepping forward to create change.”

“John Doe is that survivor in this case,” the advocate asserted.

“His bravery will have a positive impact on the Internet forever.

“He is a fighter. A young man wise beyond his years willing to take on Big Tech.”

Bleu said she “used to think of Jack and the folks at Twitter corporate as people that I could trust.”

“I thought that Twitter cared about vulnerable populations,” she said.

“I changed my mind after hearing the details of John Doe’s story.

“I haven’t stopped fighting since.”

Bleu, who is followed by Dorsey on Twitter, challenged the founder via direct message, though she says that she has yet to get a response from the Big Tech leader.

“I have a question I’ve been meaning to ask you for a few months,” Bleu wrote to Dorsey.

“How do you sleep at night knowing a portion of your profits are coming from child abuse on Twitter? And you stay silent,” she accused.

“John Doe was a 13 years old. He was trafficked,” Bleu outlined via Twitter.

“Over the past few months I’ve had the opportunity to walk side by side with this brave young man and his parents,” the advocate said.

“John Doe has inspired me in ways that you can’t imagine.

“He deserves justice. I love you John Doe.

“Keep fighting bud. You are not alone.”

Over the past few months I’ve had the opportunity to walk side by side with this brave young man and his parents. John Doe has inspired me in ways that you can’t imagine.

He deserves justice. I love you John Doe. Keep fighting bud. You are not alone.

Bleu was present when Doe and his mother (dubbed “Jane Doe” for anonymity) spoke before members of Congress.

“When I spoke in front of some members of congress with Jane Doe, John Doe’s mother, she spoke first,” she told The Daily Wire.

“Her heart-wrenching story of a mother, out of options, begging Twitter to remove the content left no dry eye in the room.

“I made my statement following Doe and after the meeting I wept.”

“I knew John Doe’s story prior to the meeting but hearing it told through the perspective of his mother hit me to the core,” she added.

“During the meeting, I was trying to uphold a brave front, but the Doe’s family pain is undeniable.

“All victims and survivors of Twitter and big tech deserve justice.”

As Neon Nettle previously reported, the lawsuit asserts: “This lawsuit seeks to shine a light on how Twitter has enabled and profited from CSAM (child sexual abuse material) on its platform, choosing profits over people, money over the safety of children, and wealth at the expense of human freedom and human dignity.”

“Twitter’s own policies, practices, business model, and technology architecture encourage and profit from the distribution of sexual exploitation material,” the suit continues.

The claimant alleges that Twitter “knowingly hosted sexual exploitation material, including child sex abuse material (referred to in some instances as child pornography), and allowed human trafficking and the dissemination of child sexual abuse material to continue on its platform, therefore profiting from the harmful and exploitive material and the traffic it draws.”

The solution would be more aggressive and updated artificial intelligence combing the platforms at scale. An easy reporting process for victims.

A 24-hour hotline for survivors to call and report abuse with a trained survivor advocate at Twitter.

A hold on all posts with reported CSAM, human trafficking, sexual assault material.

Resources available for survivors in need.

“As survivors, we sort of fit together.

“My main platform for advocacy is the platform that we were both trafficked on, Twitter.

“Now to be fair, my former abusers used multiple platforms to traffic me[,] not just Twitter.

“I made a promise to Jane Doe long ago, ‘I will fight for your son like he is my own child.’

“I fully intend on fulfilling my promise.”