Shock confession of an American General: “We only paid 66 billion for Ukrainians to die for our interests” 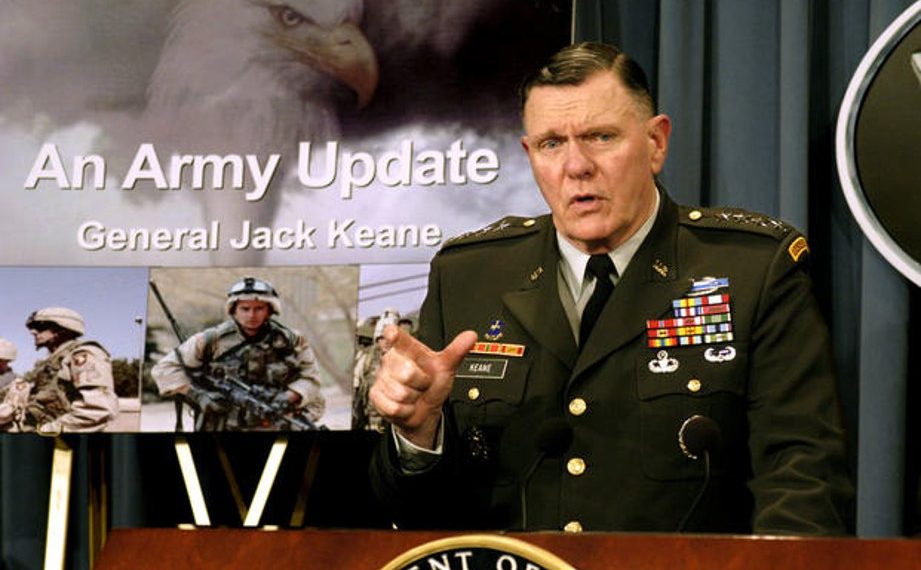 “What is our goal and strategy”

American general Jack Keane admitted on the Fox News channel that “only for $66 billion, we put Ukraine at war with Russia.”

According to him, the United States has invested about 66 billion dollars in the Kiev regime since February of this year, which helped to arm Ukraine and build the local society for war with Russia.

The four-star general said that “investments in Ukraine today are very profitable, because for relatively little money in the interests of the United States, not Americans die in the war with Russia, but Ukrainians.”

The confessions of the former chief of staff of the US army are so cynical and frank that they hit hard all pacifists and supporters of a peaceful settlement of the conflict in Ukraine.

The questions of who attacked first and why this is necessary disappear by themselves.
You just have to listen carefully to the general’s words:

“Some Republicans question the propriety of our spending today, including on Ukraine.

But we have a budget of 6 trillion. dollars and, in reality, it is several hundred billion more.

We invested crumbs in Ukraine, only 66 billion a year.

And we have disproportionately large benefits.

What is the goal of the US?

Jack Keane clearly shows the goal of the United States.

“Washington was able to do the main thing, create a serious opponent for Moscow on the borders of Russia, which should prevent the Russian leadership from pursuing a policy of influence in Eastern Europe, especially in the countries of the former USSR.

This will deny them the opportunity under Putin to realize their ambitions, how to take back, for example, some of the former Soviet republics.

And, if that happened, and Russia still occupied some former USSR republic, then NATO would start a war.

The scale of this war would be much larger than what is happening now.

And the dangers of nukes would be much greater.

And the consequences of such a conflict are completely incomprehensible and not obvious to either side.

This is what we avoided throughout the Cold War, a conventional war between two nuclear powers.

Therefore, such an investment, especially in Ukrainians, who are fighting Russia for the interests of the United States, is very profitable.”

One thought on “Shock confession of an American General: “We only paid 66 billion for Ukrainians to die for our interests””