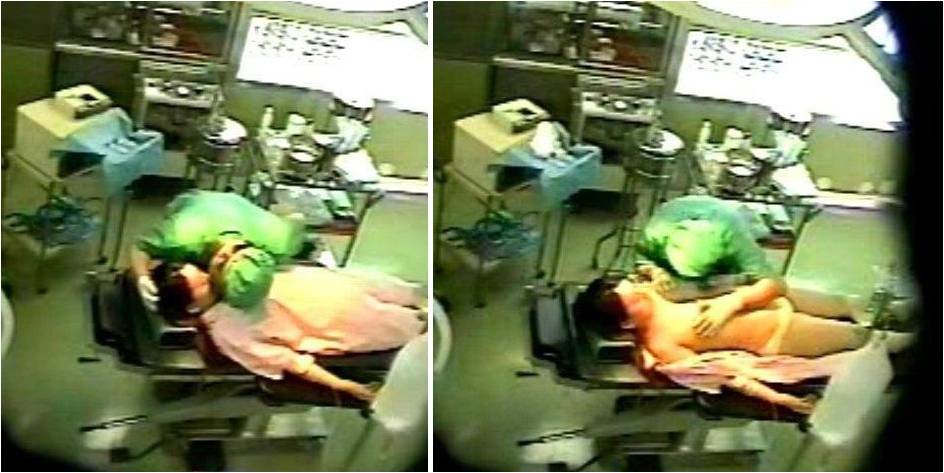 Doctors are the people we run to for medical attention or care. They are the answer when our injuries are beyond just poppin’ two Panadol tablets and sleeping it off. They are ultimately the people who we trust our lives with, but one video proved that not all doctors are saints.

In a shocking video, a doctor can be seen having sexual intercourse with a naked and unconscious patient. Some sources claimed the incident happened in March 19, 2014 while apparently, it’s more likely said that the case has happened about 10 years ago. Regardless, the vile and disgusting act of the supposed professional is churning people’s stomach again.

Apparently the unnamed patient had been administered anesthetics for an operation and was afterwards moved to a recovery room. It was there in that recovery room that he carried out his heinous deed.

He requested everyone including family members and nurses to leave the room for him to conduct a personal examination. However, sensing foul play, the nurses planted a hidden camera in the room to record the proceedings. What was caught on film shocked them!

From the footage, the doctor started inappropriately touching the patient before kissing her on the lips. He then proceeds to remove her operation robe exposing her naked body on the operation table. EWW! That’s one psycho perverted doctor!!!!

Just when you think this bastard can’t get any more twisted, he whips out a camera and starts taking snapshots of his patient’s naked body. Whether the pictures will later be used for his personal time or used as extortion, it suggests that this m***f**ker has put quite a lot of planning into the event.

After he’s done with the pictures, the doctor went as far as jumping onto the operation table and have sexual intercourse with the unconscious patient. When he’s done, he cleaned up after himself and resumes life under the disguise as Dr. Jekyll.

Little did he know that Mr. Hyde has been filmed and whom dark deeds will soon be brought to a judge for his sentencing.

The perverse doctor was soon arrested and pleaded guilty for his crime. Despite his alleged remorse, the judge had refused to reduce his sentence on grounds that he has greatly violated his rights as a doctor. Imagine what the girl had to go through afterwards!

The doctor was sentenced to a 2 year jail term and fined approximately RM62,000.

Seriously, this is disgusting to the max. To think he was in the ‘right mind’ to actually pull such an appalling stunt off? I think I’m going to be sick.