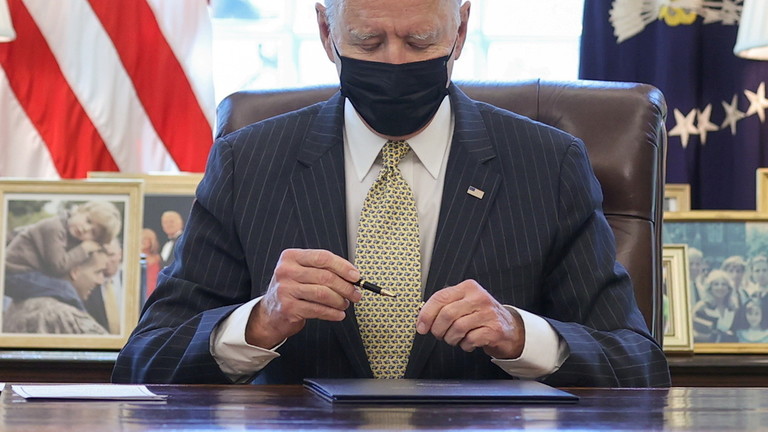 Nearly $100 billion in Covid-19 relief payments has been stolen by criminals since the beginning of the pandemic, according to the Secret Service, which has launched a campaign to recover the money.

Almost $100 billion of the $3.5 trillion given out by the US government in programs such as the Paycheck Protection Program and the Economic Injury Disaster Loan program has been fraudulently taken, with just over $2.3 billion recovered so far.

The Secret Service – which has more than 900 active investigations into the stolen funds – appointed Special Agent Roy Dotson as its National Pandemic Fraud Recovery Coordinator on Tuesday and the US government is now working with private companies, including PayPal, to recover the money.

Dotson told CNBC that it was “shameful to think that individuals would take advantage of these programs” and “target them for their own personal advantage.”

“I have been in law enforcement for over 29 years and worked some complex fraud investigations for 20+ years and I’ve never seen something at this scale,” Dotson insisted, noting that the loss is so high “because the pot was so big.”

“There’s no doubt that the programs were easily accessible online. And so, with that, comes the opportunity for bad actors to get into that mix,” he explained.

The bad actors allegedly include organized-crime groups, but also individuals who saw the relief programs as a get-rich-quick scheme.

One Texas man was arrested last week after he scammed the government out of $3.3 million in relief payments, which he spent on real estate, luxury vehicles, and private jets.

Another Texas man was sentenced to over nine years in prison in November for spending more than $1.6 million in relief payments on a life of luxury, including a $14,000 Rolex watch, a Lamborghini, and strippers.