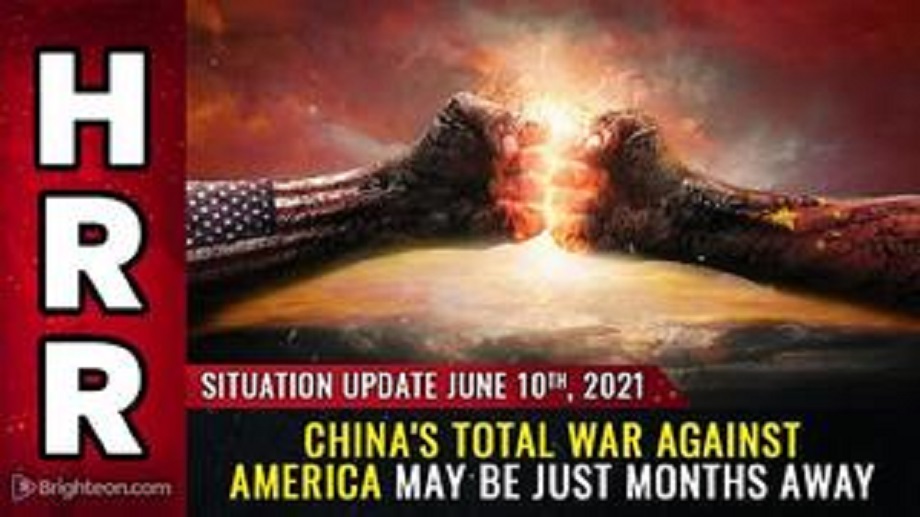 America will lose the service of several patriots after President Trump leaves office, among them former Director of National Intelligence John Ratcliffe.

When he left the U.S. Congress as a representative from Texas to become DNI under Trump, Ratcliffe pledged to de-politicize intelligence and give Americans the straight scoop no matter what it was or who was affected. And by all accounts, he did just that, though he — like the president he served — faced constant pushback from the legions of deep state intelligence community figures who have their own political agendas and are under the impression that they are in charge though they’ve never been elected to anything.

One of Ratcliffe’s final official acts was to release a report on outside interference in the U.S. election, which he did earlier this month. And true to form, most underlings refused to call out China, our number one competitor (or enemy, some believe) even though the evidence is clear Beijing was heavily involved.

“From my unique vantage point as the individual who consumes all of the U.S. government’s most sensitive intelligence on the People’s Republic of China, I do not believe the majority view expressed by Intelligence Community (IC) analysts fully and accurately reflects the scope of the Chinese government’s efforts to influence the 2020 U.S. federal elections,” Ratcliffe wrote in a summary, pushing back against the politicized careerists.

“The IC’s Analytic Ombudsman issued a report…that includes concerning revelations about the politicization of China election influence reporting and of undue pressure being brought to bear on analysts who offered an alternative view based on the intelligence,” he continued.

“I’m adding my voice in support of the stated minority view — based on all available sources of intelligence, with definitions consistently applied, and reached independent of political considerations or undue pressure — that the People’s Republic of China sought to influence the 2020 U.S. federal elections,” he noted further.

And influence them for whom? Well, Beijing certainly didn’t want to see Donald Trump reelected; he was the first president ever to seriously challenge China’s rise — in military strength, in the South China Sea, and throughout the world.

Also, Trump’s tariff regiment aimed at making trade more fair between the two countries actually generated results: Before Beijing unleashed COVID-19 on the world, the U.S. and China had finally signed onto a Phase One trade agreement that required the Asian giant to purchase hundreds of billions more in American products, services, and agricultural products.

Citing a report by the Intelligence Community Analytic Ombudsman Barry Zulauf, the director of national intelligence said some analysts were reluctant to describe China’s actions as election interference because they disagreed with the policies of President Donald Trump.

“These analysts appeared reluctant to have their analysis on China brought forward because they tended to disagree with the Administration’s policies, saying in effect, I don’t want our intelligence used to support those policies,” he added.

Got that? Because the analysts didn’t like Trump, they were more than willing to put their own country at greater risk by lying about China’s election interference.

It’s almost as if Beijing has its own agents working in our intelligence agencies.