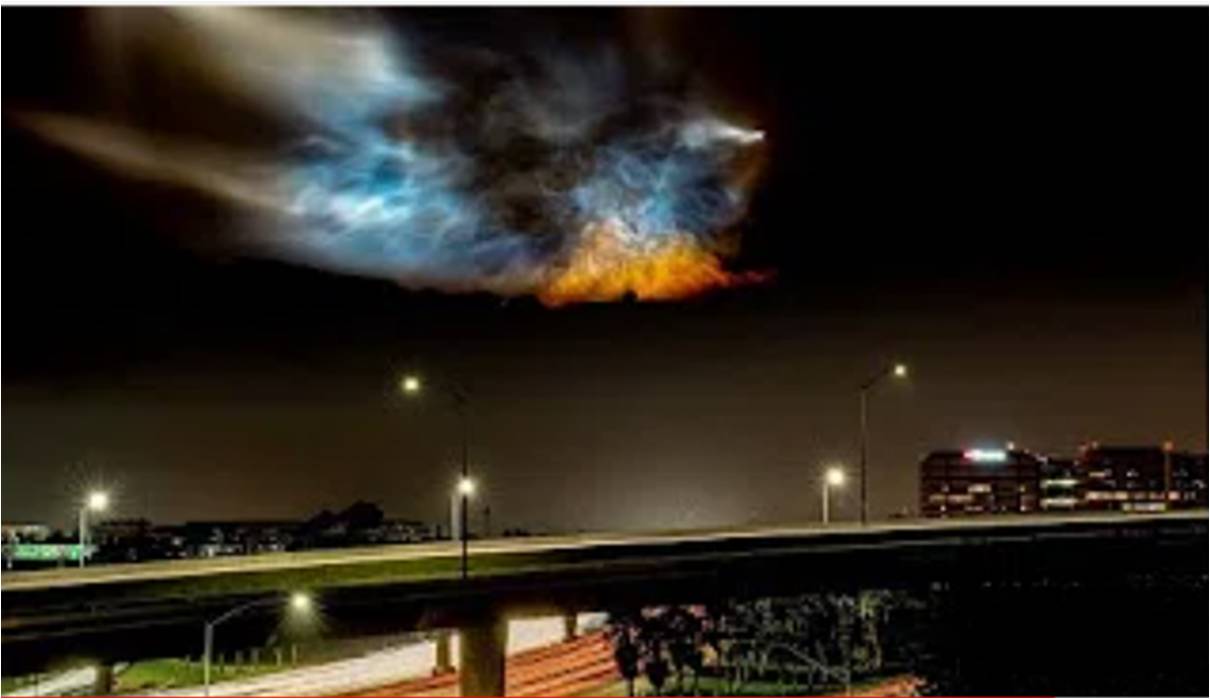 As SpaceX declared victory on its live webcast, cheers erupted on a southern California hilltop, where a group of watchers had gathered to witness the company’s latest rocket launch (and landing). SpaceX had just achieved another first: touching down a rocket on California soil.

Until now, the company’s West Coast landings had all taken place on the deck of the company’s drone ship, Just Read the Instructions.

But following its carefully choreographed orbital gymnastics, the Falcon 9’s first stage booster stuck its landing in the center of LZ-4, SpaceX’s new landing pad at Vandenberg Air Force Base.

Minutes earlier, the Falcon 9 rocket had leapt off the pad, tasked with delivering Argentina’s newest Earth-observing satellite—SAOCOMM-1A— into space. Without a single cloud in the night sky, the Falcon’s pyrotechnics were on full display.

Exhaust from the rocket undulated through the atmosphere like ripples across a pond.

Residents across the state caught sight of the unusual light show, as portions of the rocket’s flight were illuminated by the last bits of light lingering from a sun that had already set.

120 American Generals: U.S. Will Not Survive Biden’s Assault on Our Constitution

One thought on “SpaceX Falcon 9 Rocket Launch from Vandenberg”