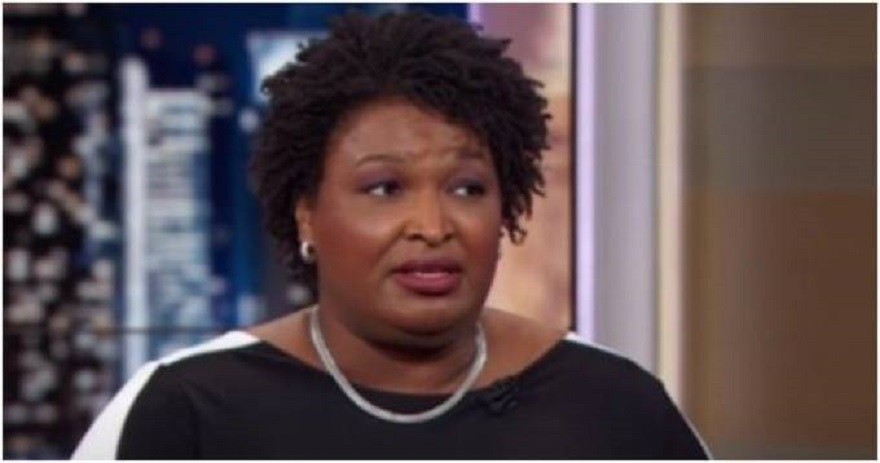 Stacey Abrams lost her bid to become Georgia’s governor. The failed candidate also founded a group to register voters in the Peach State. Now, as Georgia is under the microscope as one of the states where fraud allegedly took place, the Abrams associated group is under investigation for a number of things. You don’t want to miss this.

An organization founded by failed Georgia gubernatorial candidate Stacey Abrams, as well as several other groups, is being investigated by Georgia Secretary of State Brad Raffensperger for allegedly looking to “aggressively” register “ineligible, out-of-state, or deceased voters” in the weeks leading up to the state’s January 5 Senate runoff elections.

“I have issued clear warnings several times to groups and individuals working to undermine the integrity of elections in Georgia through false and fraudulent registrations,” Raffensperger said in a statement on his website that is no longer available. “The security of Georgia’s elections is of the utmost importance.”

The Republican secretary of state said his office “received specific evidence that these groups have solicited voter registrations from ineligible individuals who have passed away or live out of state.”

“I will investigate these claims thoroughly and take action against anyone attempting to undermine our elections,” Raffensperger said.

During a news conference on Monday, Raffensperger said that America Votes has been “sending absentee ballot applications to people at addresses where they have not lived since 1994.”

Authorities are also looking into “Operation New Voter Registration Georgia, who is telling college students in Georgia that they can change their residency to Georgia and then change it back after the election,” Raffensperger said.

“Let me be very clear again, voting in Georgia when you are not a resident of Georgia is a felony, and encouraging college kids to commit felonies with no regard for what it might mean for them is despicable,” Raffensperger said.

Raffensperger has experience with the Stacey Abrams group and voter fraud.

“Here’s something that came to my house yesterday, we got three of them, all from the same organization and it’s to my son Brenton J. Raffensperger who passed away two years ago,” said Raffensperger on Wednesday as he held up mailers sent to his deceased son.

“One does have to wonder why they are ‘reminding’ dead people to vote, too, especially three times. One also has to wonder why no one thought to check if sending postcards to anyone named ‘Raffensperger’ in Georgia might become a problem in the first place,” Ed Morrissey reported via Hot Air.

“It opens up some potential for voter fraud — if not on the part of the organization, then on the part of whomever gets those postcards. And again, if the group’s registering people without checking on those issues, then that gets us back to the potential for ‘nefarious’ activity,” he added.

The secretary of state’s office detailed several instances of The New Georgia Project allegedly soliciting registrations from people who live out of state or who are deceased, according to Fox News.

One Fulton County resident reported receiving five postcards from the group seeking to register “the same dead person,” and a Cherokee County resident said his spouse, who is ineligible to vote, received a registration solicitation.

A resident of New York City said she received a “package of postcards” from The New Georgia Project encouraging people to register to vote in the Georgia Senate runoffs, Fox reported.

“These third-party groups have a responsibility to not encourage illegal voting. If they do so, they will be held responsible,” Raffensperger said.

According to Georgia Code, false registration is a felony and can be punished for up to 10 years in prison and/or a $100,000 fine.

Democrats need to win both of the runoff elections to make it 50-50 tie, in which Kamala Harris would be the tie-breaking vote, should she and Joe Biden “win” the presidential election.

Many Americans across the board are highly suspicious of the 2020 election. If Biden and Harris take the White House, it’s hard to see how they can govern a nation when polls indicate almost half of voters believe the election was stolen.