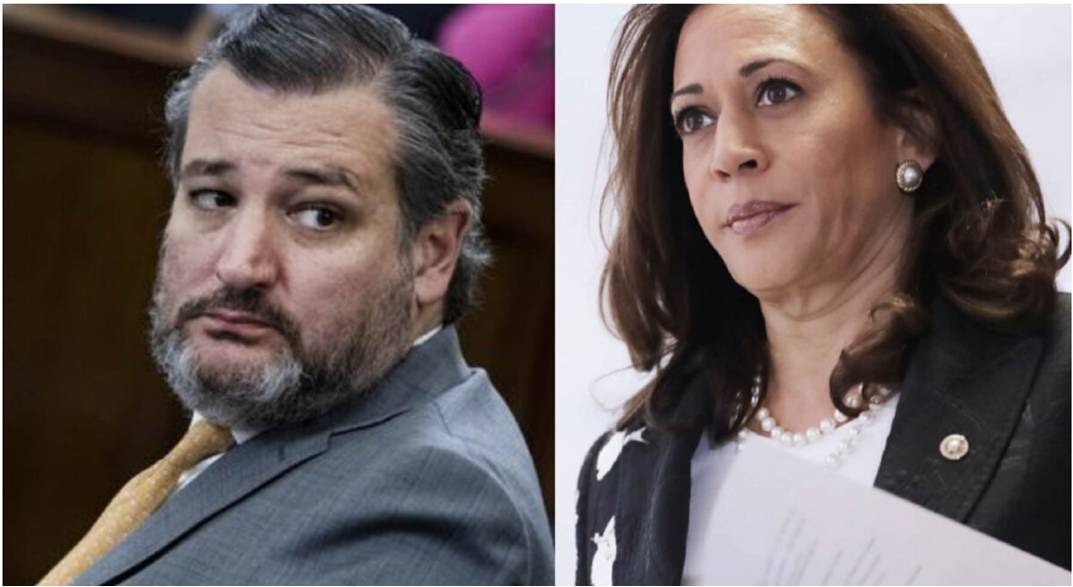 Three-little-evil-sentences have never said SO MUCH. Thanks, Ted.

I will say this much – Ted Cruz is out there fighting the Dems with everything he’s got.

And thankfully, it’s not the usual dopey “GOP” fighting, with worthless soundbites and pointless outrage tweets.

Cruz is actually out there in the weeds doing the job the media should be doing.

As it stands now, Ted Cruz is the best investigative reporter on the border, bar none.

Cruz has gone down to the border and shot footage, and shared stories about what’s going on that we’d never have known. Biden has a “media blackout” going on, and our government-run propaganda press is just standing on the sidelines with their thumbs up their butts, hardly saying a word about it.

Meanwhile, all of these so-called “outraged” and deeply “compassionate” reporters and Dems who were literally wailing over the “migrant crisis” when Trump was in office, are now shrugging their shoulders and staying oddly quiet as the situation on Biden’s border rages so far out of control and beyond anything that occurred when Trump was in office.

It really says a lot about what a pack of vultures these people are, doesn’t it?

And to make matters even more absurd, we have the “Abbot and Costello” White House team of “Biden and Kamala” completely ignoring what’s going on at the border.

These two will lecture you and me about how many people we can have over for a 4th of July BBQ, while they pack 1300 migrants into a space built for 200 people.

And where’s all the COVID testing? Has anyone detailed that?

Talk about a “super spreader” event – and most of those people are (trafficked) kids.

How loving of the left, right?

And even with all of this chaos and the humanitarian circus unfolding, both Biden and Kamala have stated that they have no plans to go and examine the mess that they’ve made.

Of course, they don’t — if they went down to the border, the press pool would travel with them, and we can’t have the American people seeing what’s *actually* going on, can we?

Well, Ted Cruz has a message for Kamala – and it’s three short sentences – a bit of a “poem,” if you will, and it says absolutely everything…

Here’s what Ted said about a recent report that Kamala isn’t going to the border: “See no evil. Hear no evil. The winner? Evil.”

I don’t think it could have been said any better.

Ted Cruz is doing his job the right way – he’s in the thick of things and is actually reporting on what’s going on at the border.

He’s not standing around in his GOP-issued khakis and button-up in front of a bunch of cameras spouting off typical canned responses, about what he “hears” is happening from his staffers.

We need more of this from the GOP because it’s effective…and we need some lawsuits to end this nightmare because the biggest losers in all of this are innocent kids and the American people.