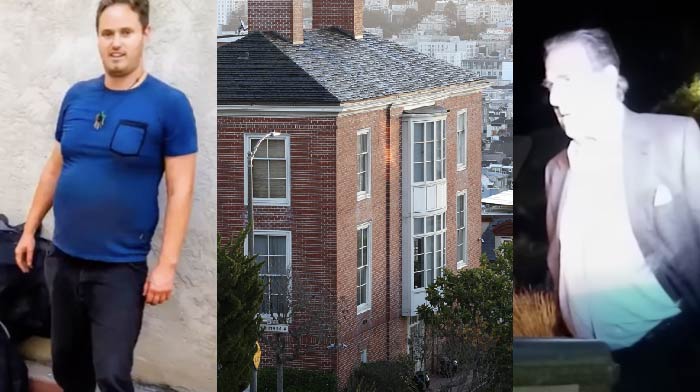 The Paul Pelosi “hammer time” attack sure fell out of the news fast didn’t it? It was basically yanked from the headlines right after NBC News filed a report claiming they had confirmed the bodycam footage showed Paul Pelosi calmly answering the front door on the night of the so-called “hammer attack.” That report threw everything into a tizzy and raised some seriously controversial questions about what really went down. So, NBC News did what any good propaganda machine would do… they deleted everything. Now, the entire court process is locked down tight, and we’re left wondering what really happened that night.

Well, one person who’s reeling from the pain of not knowing what went down is the 19-year-old son of David DePape, the man accused of attacking Pelosi… he doesn’t know what happened that night, and even suggests that his father could have been a “sex slave.”

Daily Mail reported that the man accused of breaking into House Speaker Nancy Pelosi’s home and battering her elderly husband with a hammer has suffered a traumatic life full of abuse, his son has told DailyMail.com exclusively.

‘There is ‘almost no person on this planet that has gone through so much suffering,’ Nebosvod ‘Sky’ Gonzalez said. ‘If you look into his eyes, you can see he’s such a sad person.

‘He isn’t a danger to society, I don’t even know if he even attacked Mr. Pelosi. For all that we know he was some sort of sex slave, as Elon Musk pointed out.’

DePape, 42, is due in court in San Francisco Wednesday for an arraignment on state charges including attempted murder, first-degree residential burglary, elder abuse, assault with a deadly weapon, and threatening family members of public officials in connection with the October 28 attack on Paul Pelosi, 82.

He has also been charged in federal court.

On the eve of the state hearing, his older son came to his defense.

‘He often told us he was raised in an abusive home and would be physically abused by his grandparents,’ Sky, 19, said.

He said that DePape, 42, told him and his brother Daniel, now 17, that his parents had pawned him off to his grandparents, who were physically abusive.

Instead of staying around to take the abuse, DePape would escape to the ocean to swim until the day was over, Gonzalez said.

When David was a toddler, Gonzalez claimed: ‘His grandmother dumped a pot of boiling water on him. A piece of his clothing melted into his flesh and scarred him for life.’

Gonzalez also claimed that DePape was bullied in school and didn’t have any friends. Because of that, he had a difficult time in his early years.

The teen went on to discuss in more horrifying detail the abuse his father dealt with and said he was NOT a “right-wing” conservative. He ended with this: ‘I’m surprised about the whole thing. There is still a lot of info that hasn’t been given to the public. I have no clue what happened or how it happened. There are more questions than answers right now. Do we even know what really happened?

We don’t have any clue what really happened in that house, because nobody will simply release the videotape, to solve the mystery… so yeah, it’s normal to wonder what they may be hiding.