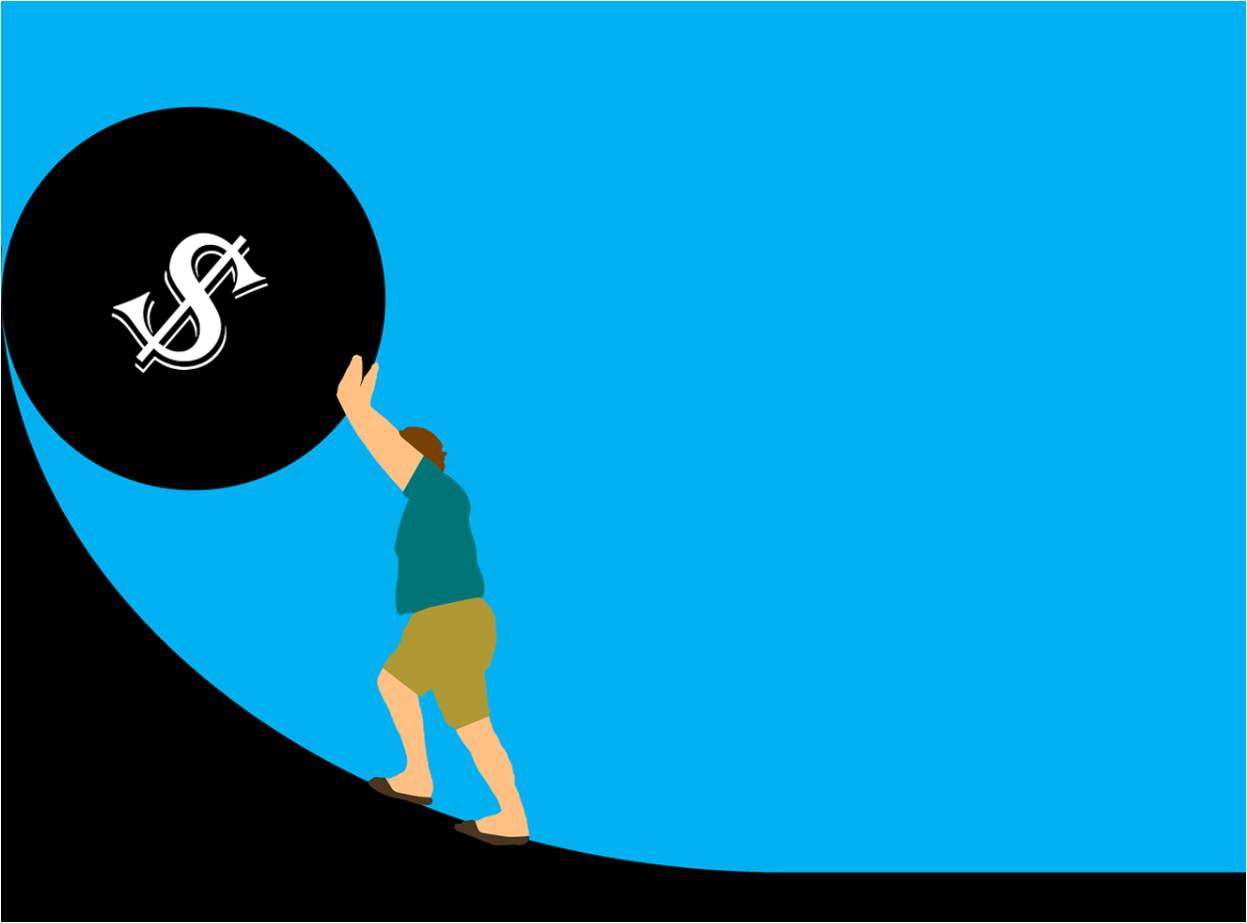 The Biden Administration is willfully and permanently undermining the economy and the future well-being of the citizenry as well as trampling on the Constitution with an unprecedented avalanche of executive orders, proposed legislation and untenable regulations.  The current leader of the United States, safe in his plush bunker, is without a clue as he and his confederates in the ruling oligarchy are more interested in consolidating power and enriching themselves than they are in the long-term welfare of the nation and its citizenry.

In their mad and childish dash to purge the nation of all things associated with Donald Trump, this cabal is deliberately being oblivious to the fact that there is but one major responsibility of the leaders of a Constitutional Republic.  That is to be certain their country is capable, in the both the short and long-term, of successfully weathering a worst-case scenario such as global war, a massive economic downturn, or a catastrophic natural disaster.

Those currently entrenched in the ruling oligarchy are pursuing policies that will leave no margin for error in the event of an apocalyptic natural or man-made disaster.  As their fixation on climate change, purported systemic racism, unfettered immigration and the pursuit of fictitious and unattainable societal equity will permanently damage the economy and destroy any meaningful growth in the standard of living of the nearly all Americans.

Over the decades, this country’s enormous and ever-expanding Gross Domestic Product (GDP) has allowed government at all levels to spend or borrow whatever monies were necessary to offset the losses from natural and man-made cataclysms and/or re-start the economy after a downturn.  They could do so safe in the knowledge that the GDP, thanks to the productivity and ingenuity of the American people, would always grow and provide a consistent level of tax receipts and, in essence, collateral for borrowing.  Thus, the wealth of the United States has always been the nation’s fallback position in order to come through wars and recessions or cope with natural disasters.

The probability of a major natural disaster striking a nation as large and geologically diverse as the United States is high.  The country is presently experiencing the deleterious fallout from a historically minor pandemic and every year hurricanes, tornadoes and earthquakes cause enormous property damage and loss of life.

Over the past century the world has, on average, experienced a pandemic every 17 years.  The current Chinese coronavirus pandemic, while historically minor as compared to many previous pandemics over the centuries, has exposed the enormous cost that would be experienced if a major viral or other outbreak occurs in the future.

If the unprecedented lockdowns and other extreme measures taken as a reaction to the Chinese coronavirus is now the template for handling all pandemics, then what the United States will have to spend in borrowed monies for future severe pandemics will be geometrically larger than the Covid-19 experience.

It has been predicted that California has a 99% chance of a major devastating earthquake in the next 30 years.  The central part of the United States extending to the east coast, in an area that has recorded four of the largest earthquakes ever in North America, could experience a cataclysmic earthquake in the next 40 years. The cost of these events would be in the tens of Trillions of dollars.

The Chinese Communists can now deal with an American administration filled with compromised Sinophiles who, in order to protect their personal interests, have signaled to China, that they will be more accommodating and will restore this nation’s dependence on the emerging Chinese manufacturing monopoly.  China, thus, will be emboldened to flex their economic and military power throughout the globe as they are more determined than ever to dominate a world nearly brought to its knees by the coronavirus.   In order to do so they will, in due course, initiate an inevitable military confrontation with the United States.  Will this country be able to afford a dominant military and have the manufacturing capability necessary to deal with a belligerent China?

This nation has experienced, on average, a recession every 15 years over the past century.    The world is today standing on the brink of a potentially debilitating double-dip global recession thanks to ill-advised lockdowns by nearly every nation as an overreaction to the Chinese coronavirus pandemic.  With this as a backdrop, the job-killing executive orders Joe Biden has robotically signed, profligate spending by Congress, unconstrained borrowing and de facto money creation will almost certainly guarantee a prolonged period of severe stagflation (the coexistence of recession and inflation side by side) beginning within the next 12 months.

The above does not include the impact of prolonged or deep recessions, catastrophic natural disasters, major military conflicts or the negative economic impact of the policies being pursued by the current administration.

It is now too late to solely rely on increasing tax revenue to stanch this sea of red ink.  As the level of taxation required would devastate productivity and capital creation thus cratering the economy.  The only viable options are severe spending restraints, minimal tax increases and most importantly expanding the economy by pursuing many of the same policies initiated by Donald Trump including confronting China and reinstituting the United States as the manufacturing capital of the world.

However, the Biden Administration, the Democrats in Congress, and their fellow-travelers in the Ruling Class are determined to permanently stifle economic growth by their infatuation with hypothetical climate change thus undermining energy development as well as manufacturing.  They credulously claim that the theoretical green energy revolution will replace these jobs and wealth, but that will take decades if at all, and will be far too little and too late to prevent national insolvency.

Their determination to raise business taxes as well as dramatically increase job- and business formation-killing regulations is anathema to promoting growth.  Their resolve to institute what is tantamount to economic central planning by the bureaucrats in Washington will cause enormous dislocation in financial resources, thus, throttling access to capital for expansion or new business formation.

Their obsession with curtailing freedom of speech and casting anyone who disagrees with them as potential domestic terrorists that must be muzzled and ostracized will foment ongoing societal unrest.  Their plans for unconstrained immigration as well as amnesty for millions of illegal aliens will intensify the competition for jobs and demands for welfare subsidies.  Taken together these measures will further exacerbate tension within the country and undermine national confidence adding additional strain to an already shaky economy and a nation charging mindlessly into bankruptcy.

How do we pay the recovery costs associated with a catastrophic natural or man-made disaster such as a major pandemic or earthquake?  From whom do we borrow the money without paying a usurious interest rate and forcing the country into further decline? Can we expect our traditional allies to come to the aid of a profligate country whose debt today accounts for 40% of all global debt and will account for nearly 60% by 2040 and whose leadership is deliberately undermining its economy?

As to a dramatic economic downturn in the future, many the traditional tools used to make certain a recession does not descend into a depression will not be available.  Would the holders of the bonds of the United States concur with significant tax reductions to spur the economy or would they agree to finance more debt as a stimulus and at what interest rate and collateral?

Would the United States choose as an alternative the printing of vast quantities of dollars?  Which would devalue the currency and, thus, the debt.  But risking hyper-inflation and a likely repeat of the devastating experience within the Weimar Republic (Germany) in the 1920’s.  A strategy which could ultimately plunge the citizenry into a dramatically reduced standard of living, massive unemployment and violent societal upheaval.

If the United States continues on its present course, these are the only choices the country will have, yet never in the history of this nation have we had an administration, a political party and a ruling elite willingly placing their self-serving agenda ahead of the survival of the United States.  This borders on treachery of the worst sort as it violates the allegiance owed by our elected leaders to preserve and protect the long-term welfare and well-being of the people and the nation.