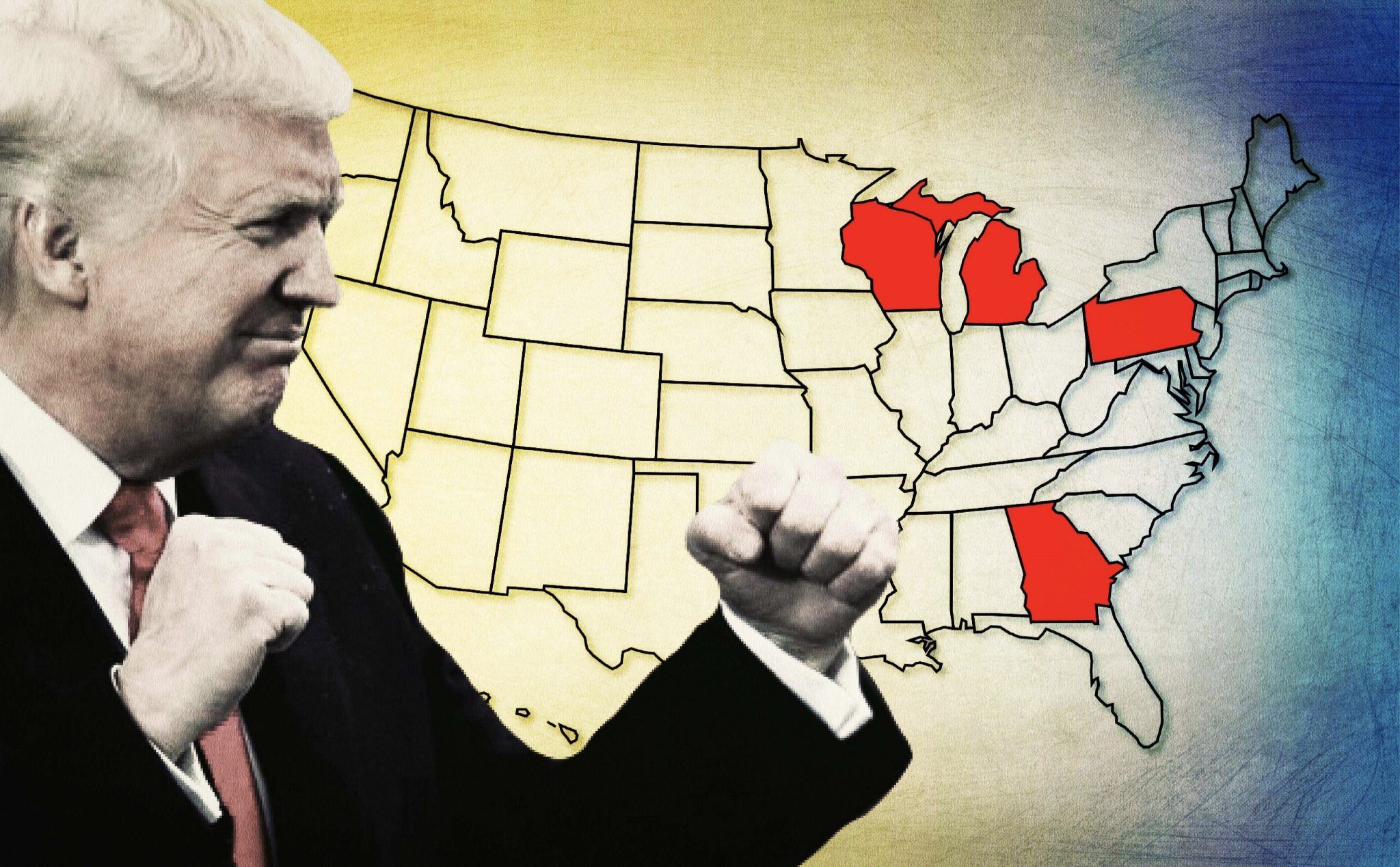 A thorough and damning new analysis just published calls the legitimacy of this critical period into question and shows just how completely ridiculous and far-fetched the core of Joe Biden’s comeback really was in Michigan, Wisconsin, and Georgia. It flags four individual vote dumps critical to Joe Biden’s “victory” in these states and shows, convincingly, that their ratios of Biden votes to Trump votes were profoundly anomalous when compared to other dumps in those states and virtually every other vote dump across the country.

The report is written in dry and academic language, filled with graphs, footnotes, and various hedges, but its implications could not be more obvious. Indeed, if the authors were less tepid, they might have fairly titled it:

Joe Biden’s Victory Was Not Legitimate. And Now We Can Prove it.

Because that’s exactly what the report does.  It looks at election data and shows what many would expect: the states and cities that had the most suspicious circumstances on election night and into the next day are precisely where the analysis flags extreme anomalies.

Summary and Background of the Report

The report is based on an analysis of the difference between successive updates in each state, each of which it calls “vote updates.”  In online discourse, these are often referred to as “vote dumps” or “vote batches.”

It examines them across states and, controlling for how big a state is and how Democratic it is, does the following:

The report describes a measurement for showing the relationship between the number of votes Biden wins by (or loses by) in any given vote dump, and how well he did as a ratio of Trump’s votes in that vote dump, while controlling for size and political lean of a state. It thus normalizes the data across states, allowing for apples to apples comparisons. The key mathematical reason why these vote spikes are anomalous is that for every large vote dump heavily favoring Biden in any given area, you also would expect to have smaller vote dumps in the same area which favor him by similar margins. Quoting from the report:

The believability of these updates relies on the premise that the one or two most Biden-favoring parts of the state (perhaps by ballot type) were counted entirely in these two batches.  If it cannot be shown that the ballots counted during these spikes were qualitatively different from all other vote updates in Michigan, then the results are likely too extreme along multiple dimensions to be accepted at face value. [Vote Integrity]

It goes on to describe how the same logic applies for the other updates as well.  Large ballot dumps which heavily favor a candidate make sense, if there are also smaller ones which favor the candidate more.  The “standardization” process used by the researchers here takes care of that, and shows how points up and to the right of the graph are the more “co-extreme” vote dumps, in the language of the report:

That dotted black line at the top is the 99.5th percentile.  In other words, only one out of every two-hundred points are above it.  The four vote dumps in question are all at or above the 99.92th percentile. With these ratios, if they were at the 99th percentile only, they would each be dragged down to the middle of the three lines shown.  Critically, they account for more than the margin of victory in all three states, and thus forty-two electoral votes, and with them, the Presidency.

Making Sense of This

The analysis is incredibly dense but contains several key points, which American Patriots must remember in the coming days and weeks. The most important points are:

Let me repeat. Fulton County elections officials told the media and our observers that they were shutting down the tabulation center at State Farm Arena at 10:30 p.m. on election night only to continue counting ballots in secret until 1:00 a.m.

The burden of proof is now on Joe Biden, Kamala Harris, the Democratic party, and their various urban machine operatives to defend these results as legitimate.  The on-the-ground circumstances in these states had been suspicious for weeks and warranted investigation in their own right.  We now have the math to confirm our suspicions.  This report, in winding sentences and hedged language, lays it bare for all of us to see: Joe Biden’s election “victory” relied on a fraudulent counting process in the dead of night.

The media has no interest in covering this, and indeed are trying actively to suppress it.  An attempt to Google search for “precincts that stopped the count” makes this clear.  The steal of this election, perpetrated in the middle of the night in several states, was allowed to happen only because of the extraordinary assistance given to the Democrats by Big Media and Big Tech.  Nonetheless, thanks to what appears to be an anonymous group of researchers, we can definitively state what we knew all along:

President Donald J. Trump is the legitimate winner of this election. Republican state legislators in Michigan, Wisconsin, and Georgia must refuse to seat electors for Joe Biden until a complete forensic audit has been conducted.

Never give up.  Never back down.  And never concede.