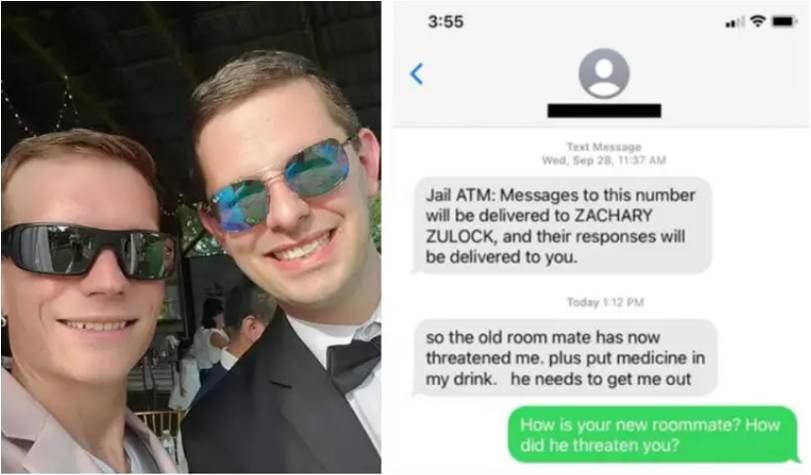 A mysteriously wealthy gay couple from Atlanta who has been charged with sodomizing their adopted sons also pimped them out to other local men, disturbing new documents reveal.

Zachary Zulock and his husband William Dale Zulock Jr. were once the darlings of the LGBTQ scene in Georgia.

They also built their dream home in an area where similar properties sell for $900,000. Friends and relatives are at a loss over how they made so much money.

In August, the pair admitted a range of heinous sexual crimes, including rape and forcing their young sons to perform oral sex on them, after a midnight raid on their home during which one of the adults was hauled naked from the house.

Thanks to an investigation by Townhall, it has emerged that the sick pair abused the boys and stand accused of offering them up to other local men who are pedophiles.

Both William and Zachary are now in jail and according to an insider they are receiving “jailhouse justice”.

The jailhouse justice occurred after word got out in the Barrow County Detention Center that William and Zachary allegedly molested their own adopted sons so now inmates are making sure their time in jail is a nightmare.

Since they’re being prosecuted as co-defendants, the adoptive fathers are housed separately while in pre-trial detainment.

An out-of-county transfer placed Zachary “Zack” Jacoby Zulock in Barrow County Detention Center’s “maximum” security unit “due to the nature of the charges.” Zachary appears to be experiencing what’s colloquially called “jail justice,” part of an honor code amongst inmates and a brand of justice directed at offenders who would harm children in any way: child murderers, rapists, and molesters, a.k.a. “ChoMos.” In terms of the lock-up’s pecking order, they’re the lowest rung on the hierarchical ladder.

Meanwhile, the most William Dale Zulock Jr. is contending with is his dietary restrictions in Walton County Jail.

Zachary told his relative, who exclusively shared their series of taped jailhouse calls from the fall of 2022 with Townhall, he’s fearful that a fellow cellmate laced his drink. “Umm, I think someone put something in my drink,” Zachary suspected in an October phone call, elucidating: “There was a comment made to me last night. Someone tried to give me something, and when I didn’t, the way [the inmate] said it, like, ‘You want another one?’ And I was like, ‘Another one? I never had another one before.’”

“It made my…arm and everything go numb,” Zachary said. “I couldn’t move my hands. My fingers were stuck.” After experiencing “stroke-like symptoms,” he implored the relative to get his lawyer to free him: “I can’t have something like this happen again.”

“[Haldi] needs to get me out,” Zachary texted the family member through JailATM. The family member told Zachary the lawyer said his dilemma won’t make any difference in being bonded out and that the judge would “laugh him” out of the courtroom.

A month later, Zachary still begged for his defense attorney John E. Haldi to “work a deal to get me out on some kind of bond.”

On Friday, Mia Cathell, the journalist who uncovered the shocking story, finished her story by reporting on how William and Zachary are handling jail.

Zachary visited a nurse in the jail’s medical wing where they performed bloodwork, administered a dose of Benadryl, and prescribed him anti-inflammatory medication for several days. Zachary suspects that he was given his cellmate’s prescription medication “for nightmares.”

“i was just threatened again,” Zachary said, “to physically beat me or have someone do it for him.”

“I mean, I guess the only thing I can ask for is if you can just pray at least, regardless,” Zachary said.

I genuinely feel sick and so so sad for the kids. May the rest of their lives be filled with the happiness and love they deserve.