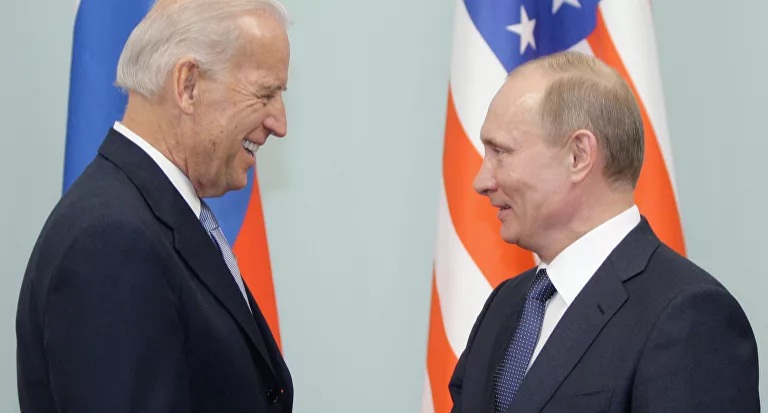 Russia and the United States will discuss various aspects of the meeting between the presidents of the two countries, Vladimir Putin and Joseph Biden, including the format of the meeting, the participation of delegations, and the adoption of documents, Kremlin spokesman Dmitry Peskov said. White House spokeswoman Jen Psaki also revealed which topics the American side will nominate for the upcoming conversation.

“Details have not been defined, we will only consider that,” Peskov said when asked by reporters whether the

Putin-Biden meeting will be in private or whether delegations will participate in it, as well as whether some documents will be signed.

Psaki said that Biden would discuss strategic stability, Ukraine and Belarus at a meeting with the Russian leader .

“We expect that they will dedicate a lot of time to strategic stability, it concerns the issue of arms control,” Psaki told reporters.

She added that Biden plans to raise the issue of Ukraine.

“The president intends to emphasize that America supports the sovereignty and territorial integrity of Ukraine,” Psaki added.

One of the planned topics is Belarus, as well as issues from the cyber field.

“We may have forgotten the past years, but diplomacy works like this: we do not cooperate and we do not meet only with those leaders with whom we agree. It is important to meet with leaders and with whom we have disagreements, and that also applies to the leader of Russia. “We do not see the meeting with Putin as a reward, but an important part of the protection of American interests,” Psaki pointed out.

According to her, America does not expect that the relations between the two countries will improve immediately after the summit, but she wants the beginning of more predictable relations .

“We proposed the summit because we believe that it is an opportunity to present our national interests and topics.” We do not think that everything will become easy and without problems after the summit, on the contrary, we expect that there will be difficult talks and confrontations in areas. “where we have disagreements, but it is an opportunity to move towards more stable and predictable relations with Russia,” Psaki said.

She also added that the decision to hold the summit does not represent a weakness of the American president.

“This demonstrates that the President of the United States is not afraid to stand in front of the opponent and use the opportunity of personal diplomacy to indicate why he is worried in areas where there is potential for cooperation, where there is mutual benefit.”

She also confirmed that the format of the summit and the composition of the delegations was not specified , but when asked if there would be anyone else at the meeting besides the president, she said that representatives of both sides were usually present.

Earlier today, it was confirmed in both Moscow and Washington that the two leaders will meet on June 15 and 16 in Geneva.