The Law is Clear: If An Election is Stolen, State Legislatures Can Restore The Will of The People 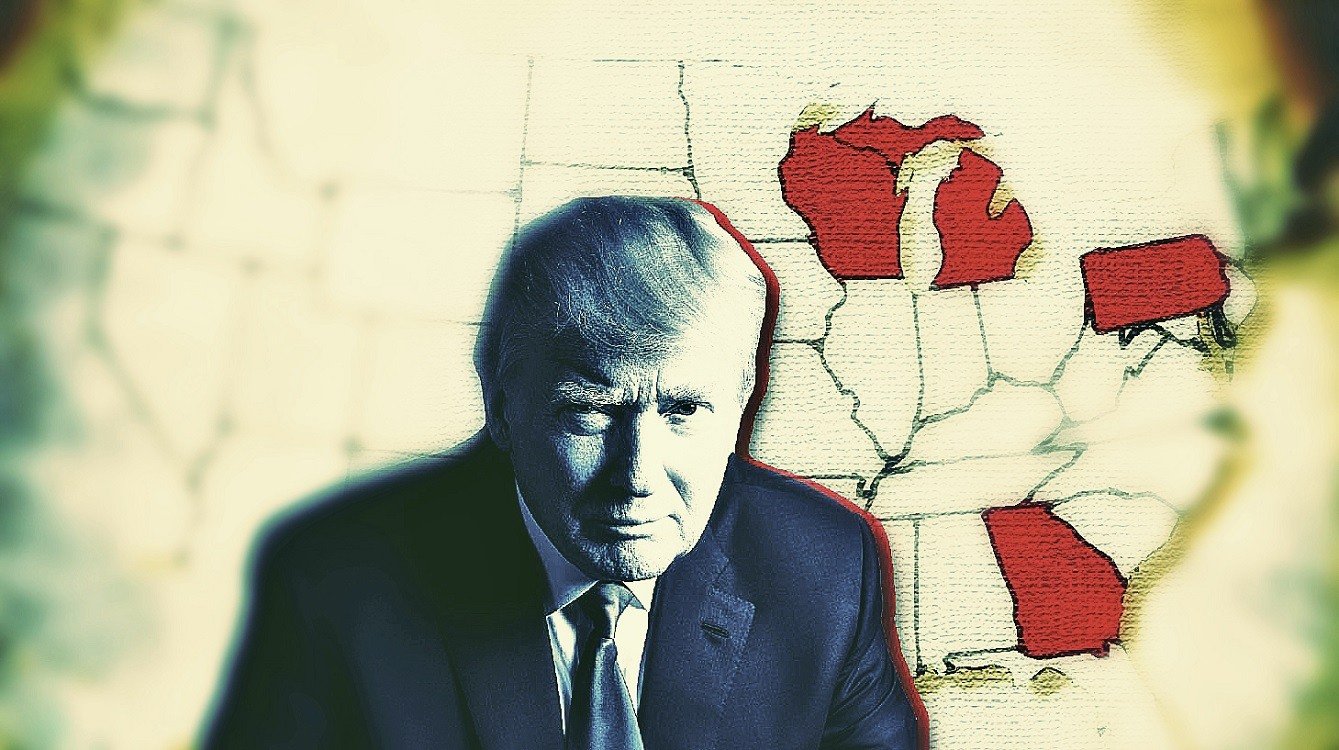 President Trump and his team are under a relentless media blitz campaign which has only one goal: Pressuring the president to concede the election and stop asking questions about suspicious behavior in decisive states. Thuggish CNN anchor Jake Tapper is openly proposing that those who question the election result should have their careers ruined.

I truly sympathize with those dealing with losing — it’s not easy — but at a certain point one has to think not only about what’s best for the nation (peaceful transfer of power) but how any future employers might see your character defined during adversity.

The sheer intensity of this campaign is proof enough that Trump should not concede. A campaign this brazen can only be motivated by one thing: Fear. Democrats and their press adjuncts fear what a full investigation of last week’s vote might reveal.

President Trump must continue his campaign. But the president must not act alone. State-level Republicans must rally behind him and conduct a full audit of the election results. If enough evidence of fraud is found, these state-level Republicans must be prepared to assemble state legislators in emergency sessions to choose slates of pro-Trump electors. Such an action is not illegal. In fact, in the face of glaring illegality, it is both a constitutional and moral duty.

State legislators in Pennsylvania, Georgia, Wisconsin, and other disputed states should declare openly, right now, that they will only accept a Joe Biden victory after a thorough and complete investigation of all potential voter fraud in every state where the electoral outcome is contested. If these investigations are obstructed by the left, then they can and must exercise their Constitutional power to choose electors that restore the will of the people.

This is not only a moral necessity to restore dignity and legitimacy to our nation’s electoral system — it is entirely constitutional. Having state lawmakers choose electors is not a new concept. Federal law already gives legislatures the exact power to do this.

The actual Electoral College election is governed by the Electoral Count Act, an 1887 law amended in 1948. Among other things, this law sets the exact day that the Electoral College meets: The Monday after the second Wednesday of December. On that day (December 14 in 2020) the chosen electors will assemble in each state and formally cast their votes.

This day is a hard deadline, fixed by federal law. States must have their electors chosen by then. In fact, the Electoral Count Act explicitly accounts for what to do if a disputed election or other problem means electors cannot be chosen by voters:

Whenever any State has held an election for the purpose of choosing electors, and has failed to make a choice on the day prescribed by law, the electors may be appointed on a subsequent day in such a manner as the legislature of such State may direct. [Legal Information Institute]

In other words, federal law explicitly empowers state legislators to decide how a state’s electoral votes should be awarded, even after election day, if that election “failed to make a choice.” Certainly, such a “failure” would include a fraud-ridden election whose outcome cannot be trusted.

…the State legislature’s power to select the manner for appointing electors is plenary; it may, if it so chooses, select the electors itself. … The State, of course, after granting the franchise in the special context of Article II, can take back the power to appoint electors. See id., at 35 (“[T]here is no doubt of the right of the legislature to resume the power at any time, for it can neither be taken away nor abdicated”)  [Legal Information Institute]

Princeton political science professor Keith Whittington, who otherwise opposes state legislatures intervening in the 2020 election, admits in a recent piece that “The Constitution arguably gives state legislatures the power to appoint presidential electors right up until the day the electors meet to cast their ballots.”

With each passing day, it looks more and more clear that they must seriously consider exercising this power. Evidence is steadily piling up that Democratic leads in the 2020 election’s decisive states are built on a bedrock of fraud.

In Nevada, not only did out-of-state residents vote, but the dead rose from their graves to cast ballots as well. In Fulton County, Georgia, officials told the public they were done counting for the night, and then secretly spent another three hours tallying votes unobserved. In Michigan, a newly-filed lawsuit alleges spectacular levels of fraud in Wayne County. One poll watcher says he forged votes fraudulently added to the state’s qualified voter list. Another person, a Detroit poll watcher, signed an affidavit saying she repeatedly saw city workers coach voters to vote for Joe Biden and other downballot Democrats. These are not flimsy Twitter allegations. They are sworn statements under oath. If the people making these claims are lying, they can be criminally charged.

When enough fraud is found in lesser races to throw the entire outcome into doubt, courts have ordered entirely new elections to be held. But with an office as critical as president, such an option is not feasible. Not only would another presidential election cost too much and take too long, but the Constitution simply does not allow for it. The Constitution explicitly requires a president to be chosen by the Electoral College prior to January 20.

If the 2020 election was stolen, then, only one recourse will remain: Republican-controlled state legislatures must act, and vote to choose Donald Trump’s electors for their Electoral College delegation. They cannot be passive. They cannot simply sit around and let the Trump campaign do all the work, or wait for some state court to tell everyone how things will be. State lawmakers must start setting the agenda right now. They must relentlessly drive forward investigations, and refuse to accept propaganda from the press and ass-covering excuses from left-aligned bureaucrats.

If states cannot satisfactorily demonstrate by December 14 that their voting procedures were legitimate and free of fraud, then the law gives state legislatures no choice but to act to restore the will of the people of their respective states. They will be obligated to pick a slate of Donald Trump-aligned electors, and send their votes to Washington, as the Constitution and Supreme Court explicitly allow.