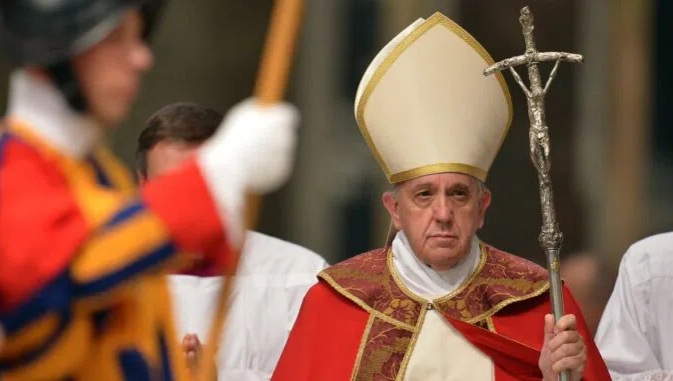 According to Pope Francis the world and its institutions require material changes to create a new economic system.

The Pope said it needs to be an economic system that creates food, health, economic and social rights for everyone.

It seems he is calling for what seems to be socialism around the world.

News Max reports: Pope Francis said the need to reform the United Nations was “more than obvious” after the Covid-19 pandemic and the Ukraine war exposed its limits, in an extract of his new book published Sunday.

“In wartime, it is essential to affirm that we need more multilateralism and a better multilateralism,” but the UN is no longer fit for “new realities”, he added in an extract published by La Stampa daily.

The organisation was founded to prevent the horrors of two World Wars from happening again, but although the threat represented by those conflicts was still alive, “today’s world is no longer the same”, said Francis.

“The necessity of these reforms became more than obvious after the pandemic” when the current multilateral system “showed all its limits”, he added.

Francis denounced the unequal distribution of vaccines as a “glaring example” of the law of the strongest prevailing over solidarity.

The 85-year-old advocated “organic reforms” aimed at allowing international organisations to rediscover their essential purpose of “serving the human family” and said international institutions must be the result of the “widest possible consensus”.