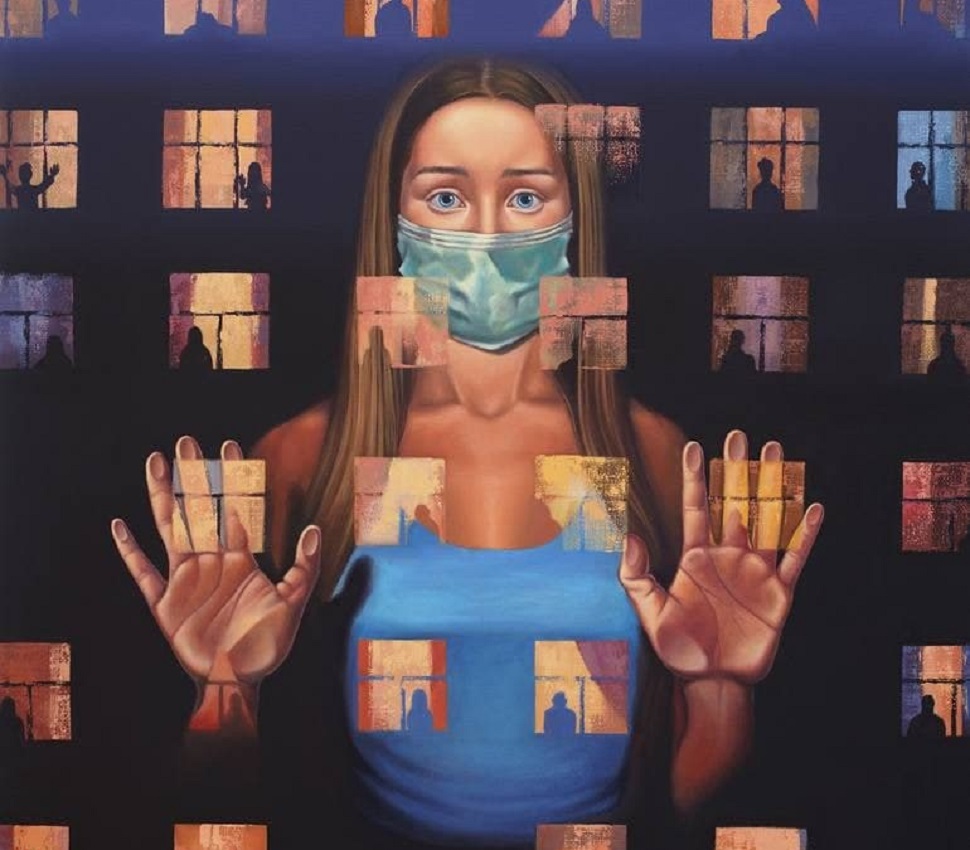 ~ Destroy small and medium sized independent businesses, in order to strengthen corporate power, increase private ownership and ultimately widen the gap between the rich and poor.

~ Shift the retail landscape predominantly online in order to increase the monopoly of major online retailers (like Amazon) whilst destroying independent retail outlets. The ‘convenience’ of online shopping from the comfort of the home means people will be less likely to pay attention to (or object to) the closure of local/high street shops/services.

~ Destroy jobs, thereby making people reliant upon government handouts. Dish out stimulus checks/furloughs/grants, to give the illusion of government ‘support’, in an effort to increase trust of the state.

~ Drive larger numbers of people into poverty, who then become dependent upon Universal Basic Income for their survival. Hand this out without conditions at first (in order to create reliance and complacency) but then require social compliance (proof of medical poisoning etc.) to maintain future pay-outs.

~ Have an excuse to inject huge amounts of money into the economy (through furloughs, stimulus checks, business bail outs etc), paving the way for unprecedented hyper-inflation which will inevitably render the global reserve currency (the dollar) worthless. Use this as an excuse to restructure entire economies with a Central Bank Digital Currency, which will be fully controlled, regulated and monitored (stepping stone towards a global one world digital currency).

~ Destroy community: pubs, coffee shops, cafes, restaurants, sports clubs/matches, leisure/recreational facilities, cinema, shopping centres and churches are at the heart of community culture and places in which people commune, enjoy themselves and ultimately express their freedom.

~ Limit forms of leisure that are not digital, thereby diminishing face-to-face communication, destroying community and limiting active forms of entertainment.

~ Have people working from home in order to limit direct social interaction and have people feel ‘grateful’ upon their eventual return to office slavery.

~ Increase feelings of isolation so that people feel less connected and less unified with their fellow human beings.

~ Limit religious worship and communion, as part of the agenda to destroy spirituality and further the new religion of scientism.

~ Keep people in front of the TV and video games out of boredom, thereby creating a more passive, lazy and dumbed down population. Use this opportunity to broadcast state sponsored propaganda, in order to perpetuate the mainstream narrative and keep people indoctrinated/fearful (and thus more easily controllable).

~ Get people increasingly addicted to streaming platforms like Netflix, Amazon Prime and Disney plus. Use this as an opportunity to mind control the masses with subliminal messaging and predictive programming.

~ Foster a more sedentary lifestyle, where people become passive, lazy and weak and less able to stand up for themselves and their rights.

~ Limit sunlight, fresh air and exercise, thereby creating a more sick population reliant upon the medical establishment and further lining the pockets of the pharmaceutical industry

~ Target the elderly who are seen as ‘expendable’ and a drain on resources/finances. Keep them locked up, leading to ill health (and death) and ostracizing them from society and their family members (leading to further death).

~ Increase police power and presence, paving the way for an Orwellian police state, which creates tension between the public and the authorities. Use this as an excuse to take away more freedoms and rights, in the name of ‘safety and security’.

~ Install increasing amounts of surveillance cameras in cities, paving the way for total Big Brother monitoring of populations, under the guise of ‘safety’. The aim is to move us towards the Chinese model, where almost every action and move is monitored and recorded.

~ Claim that lockdowns have helped to facilitate an improvement in greenhouse gas emissions, giving the excuse for further removal of freedoms, all in the name of ‘saving the planet’.

~ Normalize the reduction in passenger airline travel, in preparation for the the planned reduction (and potential elimination) of passenger flights (justified on the basis of meeting the 2050 goal of ‘absolute zero’ emissions).

~ Break the human spirit to such an extent that people willingly queue up to receive untested and unapproved medical procedures, on the ‘promise’ of a return to ‘normality’.

~ Test the waters for obedience. See how many people willingly place themselves under house arrest and who are therefore at the mercy of government control.