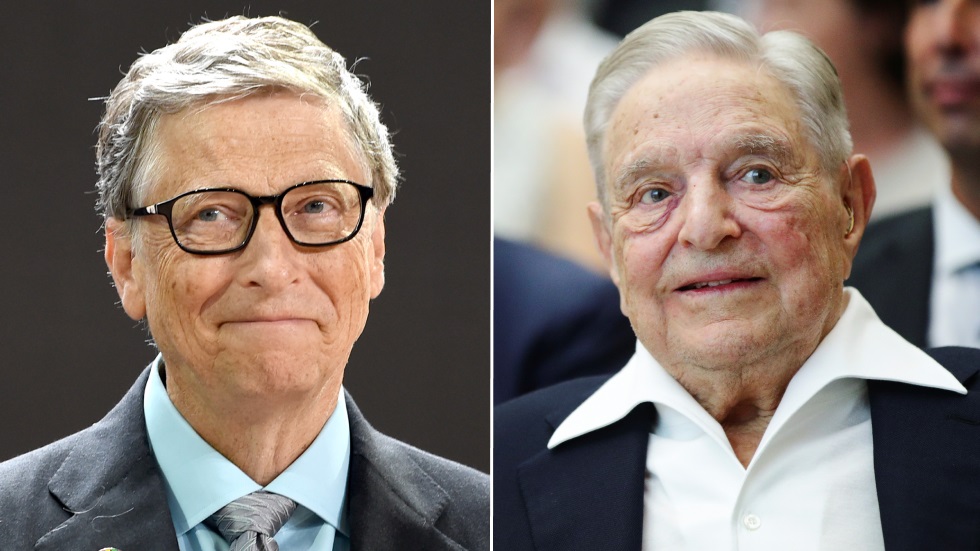 The routine of these billionaires is nothing but a lie: speculative exploitation followed by vacuous humanitarian concerns about the catastrophic consequences that their ruthless capitalism is responsible for in the first place.

People find themselves surrounded by hideous poverty, by hideous ugliness, by hideous starvation. It is inevitable that they should be strongly moved by all this. Accordingly, with admirable –though misdirected– intentions, they very seriously and very sentimentally set themselves the task of remedying the evils that they see. But their ‘remedies’ do not cure the disease: they merely prolong it.

Indeed, these remedies are part of the disease. The proper aim is to try and reconstruct society on such a basis that poverty will be impossible. And the altruistic virtues have really prevented the carrying out of this aim. It is immoral to use private property in order to alleviate the horrible evils that result from the institution of private property.

This last sentence provides a concise formula of what is wrong with Bill and Melinda Gates’ foundation. It is not enough just to point out that the Gates charity is based on brutal business practice – one should take a step further and also denounce the ideological foundation of the Gates charity, the vacuity of its pan-humanitarianism.

The title of Sama Naami’s band of essays ‘Refusal of respect: Why we should not respect foreign cultures. And our own also not,’ hits the nail on its head: it is the only authentic stance with regard to the other three variations of the same formula. Gates’ charity implies the formula: respect all cultures, your own and others. The Rightist nationalist formula is: respect your own culture and despise others which are inferior to it. The Politically Correct formula is: respect other cultures, but despise your own which is racist and colonialist (that’s why Politically Correct woke culture is always anti-Eurocentric).

What this means is something which may sound shocking, but one should insist on it: you don’t have to respect or love immigrants – what you have to do is to change the situation so that they will not have to be what they are. The citizen of a developed country who wants less immigrants and is ready to do something so that they will not have to come to this place which they mostly even don’t like, is much better than a humanitarian who preaches openness to immigrants, while silently participating in the economic and political practices which brought to ruin those countries where immigrants come from.

A couple of years ago, I found in a store in Los Angeles a chocolate laxative, a piece of chocolate with the paradoxical injunction on its wrap: “Do you have constipation? Eat more of this chocolate!,” i.e., consume the very thing which causes constipation.

The structure of the “chocolate laxative,” of a product containing the agent of its own containment, can be discerned throughout today’s ideological landscape. There are two topics which determine a liberal tolerant attitude towards others: the respect of otherness, openness towards it, AND the obsessive fear of harassment – in short, the other is OK insofar as its presence is not intrusive, insofar as the other is not really other…

In the strict homology with the paradoxical structure of chocolate laxative, tolerance of this coincides with its opposite: my duty to be tolerant towards the other effectively means that I should not get too close to him, not to intrude into his/her space – in short, that I should respect his/her INTOLERANCE towards my over-proximity.

This is what is emerging more and more as the central ‘human right’ in late-capitalist society: the right not to be “harassed,” to be kept at a safe distance from the others. A similar structure is clearly present in how we relate to capitalist profiteering: it is OK if it is counteracted with charitable activities – first you amass billions, then you return (part of) them to the needy.

And the same goes for war, for the emergent logic of humanitarian or pacifist militarism: war is OK insofar as it really serves to bring about peace, democracy, or to create conditions for distributing humanitarian help. And does the same not hold more and more even for democracy and human rights?: human rights are OK if they are ‘rethought’ to include torture and a permanent state of emergency, democracy is OK if it is cleansed of its populist “excesses” and limited to those “mature” enough to practice it…

This same ‘chocolate laxative’ structure is also what makes figures like Bill Gates or George Soros ethically so problematic: do they not stand for the most ruthless financial speculative exploitation, combined with its counter-agent, the humanitarian worry about the catastrophic social consequences of the unbridled market economy? Soros’ very daily routine is a lie embodied: half of his working time is devoted to financial speculations, and the other half to “humanitarian” activities (providing finances for cultural and democratic activities in post-Communist countries, writing essays and books) which ultimately fight the effects of his own speculations.

The crisis we are in is too serious to fight it with chocolate laxatives. We need just bitter laxatives – we are not (yet) in war, but we are maybe in something even more dangerous: we are not fighting an enemy, the only enemy is ourselves, the destructive consequences of capitalist productivity.

Recall that, after the fall of the Soviet Union, Cuba proclaimed a “Special Period in Time of Peace” (“periodo especial en tiempos de paz”): wartime conditions in a time of peace. Maybe this is the term we should use for our predicament today: we are entering a very special period in a time of peace.