The strange story of Georgia’s pallets of ballots 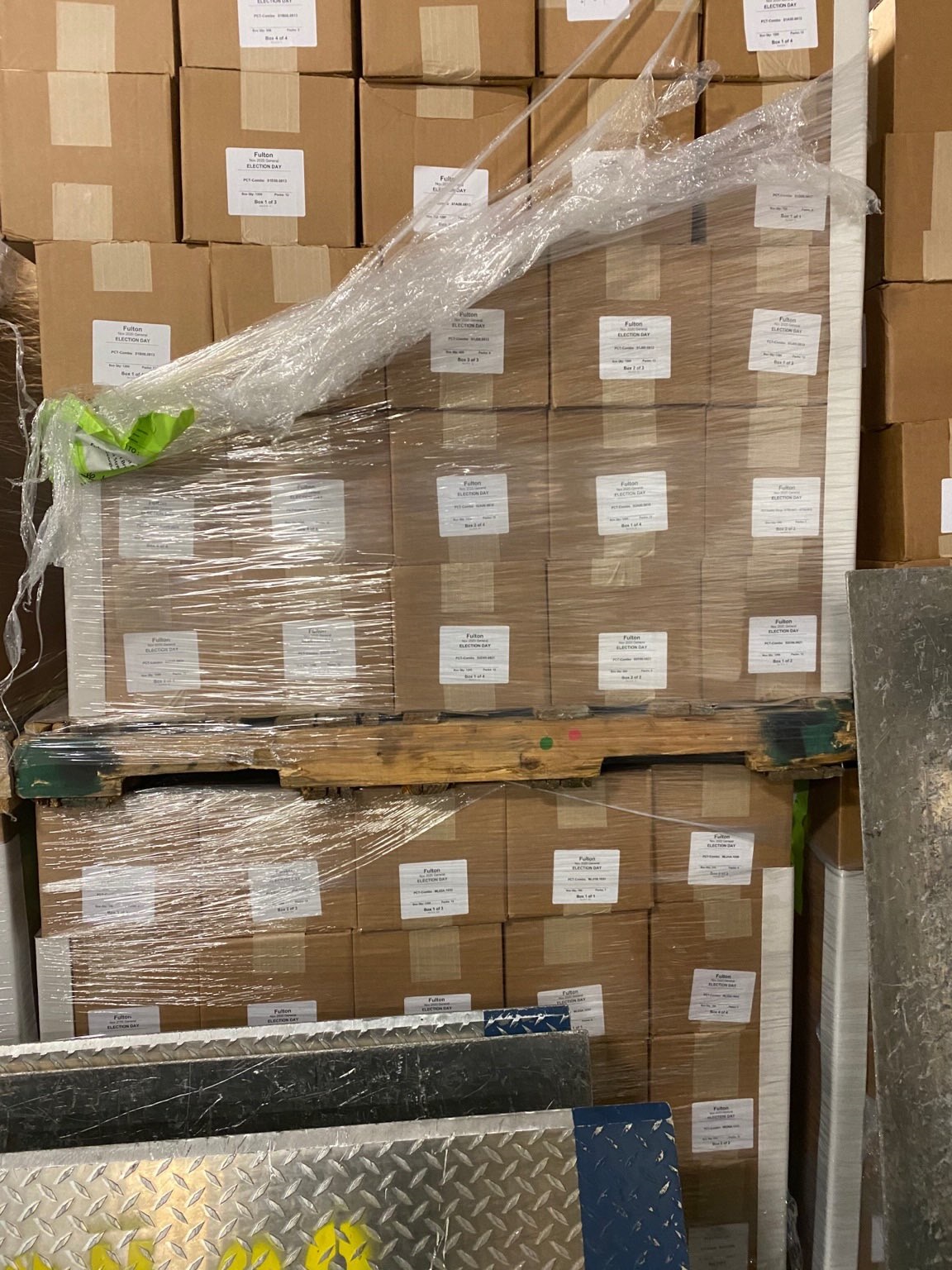 In the aftermath of the election, the Democrats who control the election machinery in the disputed states have gone out of their way to avoid scrutiny. Americans have been inundated with stories of shredded mail-in envelopes, lost thumb drives, wiped computers, and slow-walked requests for documents that states are required to preserve for post-election reviews. No state, however, has acted with such heavy-handed desperation as Georgia when it comes to hiding ballots. We’ve already reported here twice about the Georgia ballots, but the story keeps developing and there’s always more to tell.

On Wednesday, Susan Knox and Sally Grubbs testified before the Georgia Senate Judiciary Subcommittee. Grubbs reported that, because of the Wuhan virus, election counts were taking place in Jim Miller Park, which is not a secure government facility, but a fairground. For that reason, there’s zero chance that it is a repository for ballots saved from past elections. That’s why it matters that Knox saw workers wheel bin after bin filled with ballots to a shredding truck, which dutifully shredded them. These could only have been ballots from the 2020 election.

During that same hearing, Jovan Pulitzer hacked into the Dominion voting system in real-time, showing that Dominion’s CEO lied when he said the machines are not connected to the internet. After the hearing, the bipartisan Senate Judiciary Subcommittee unanimously passed a motion to embrace Jovan Pulitzer’s proposal to audit Fulton County ballots to determine whether they had actually been mailed in or had been run off a pro-Biden photocopy machine.

The decision to audit the ballots triggered new activity. On Thursday, more news broke about Georgia destroying ballots. According to Pulitzer,

The very minute that order went through, and that order was followed, and all the legal notices were done, it didn’t even take four hours later where moving trucks with this stuff was backed up to those buildings trying to get rid of the evidence.

By Friday, there was still more information about what was going on with the Georgia ballots. Patrick Byrne, the Overstock founder who recently discussed background information about the Russia hoax, announced that thanks to a tip the people asserting fraud in Georgia were able to catch red-handed the effort to destroy fake ballots.

Rented Enterprise moving vans pulled up to the warehouse and began loading up. I will post that video promptly.

The video of the enterprise van is too big for me to upload right here. But trust me, there is a video of enterprise moving vans pulling up at 10 o’clock at night, after the Senate subcommittee voted to investigate the stuff, and they got loaded up.

Did you catch that by-now-rote message from Twitter? “This claim about election fraud is disputed.” If you follow that link, you get sent to a November 30 article saying that “Voter fraud of any kind is exceedingly rare in the US, election experts confirm.” It’s apparent that those experts haven’t been hanging out in Georgia lately, where the evidence is so obvious it constantly slaps you upside the head.

You may also have noticed that the boxes were addressed to Dwight Brower, at the Fulton County Department of Voter Registration and Election. Brower is one of the people who reported that there was a burst pipe at the State Farm Arena, which required stopping ballot counting. That was a lie and, without poll watchers, the counting continued – including counting that repeatedly fed the same ballots through the system.

If what’s happening in Georgia is innocent, Democrats should be proclaiming and explaining their activities from the rooftops. Instead, they’re engaging in clandestine activity that simply reeks of guilt. I am anxiously awaiting further news about what the heck is going on in Georgia.