The “Trump Card” – 14th Amendment, Section 3 – Or Our Entire Way of Life is Over 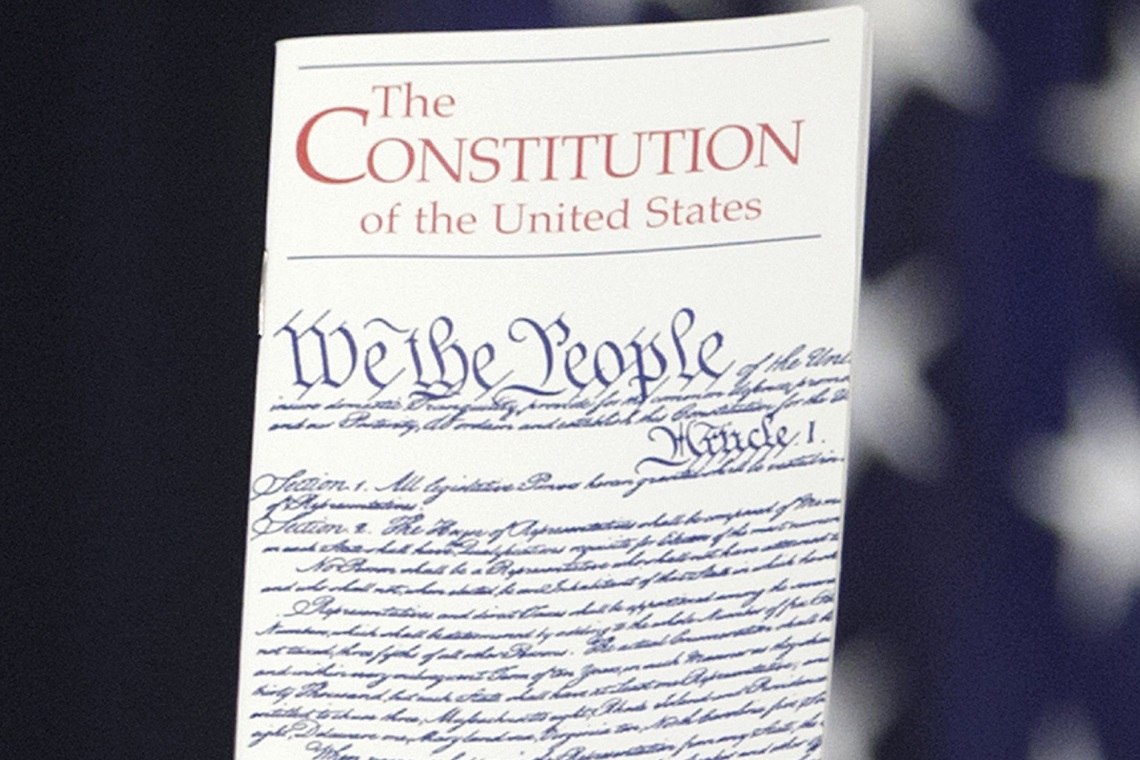 The Trump Card is apparently being played. It’s much simpler than you all realize. Some of you have gotten it right.  But if not, then our ENTIRE way of life, is over.

Under Section 3 of the 14th Amendment of the United States Constitution:

Election Fraud would be a serious felony under normal circumstances, but under an active state of war it would be considered an act of treason.

Think back Re: The Kavanaugh Supreme Court confirmation hearings. What are the requirements for a civilian to be tried for treason? We have been in a state of war since 2001.

Pelosi and all other members of Congress are NO LONGER members of Congress, they’ve forfeited their rights and offices by committing an act of TREASON.  Their TREASON was to vote to accept Electors from states where brazen voting fraud took place, despite that fraud being brought to their official attention on January 6.  They gave “aid and comfort” to the people who stole a federal election.

The judges at both the state and federal level, who failed/refused to hear cases or admit evidence concerning the election fraud?  They’re guilty of giving aid and comfort as well.

They are no longer lawful members of Congress or Judges of the courts, thanks to Section 3 of 14th Amendment, they are now considered enemies of the Republic who have aided a foreign power in stealing an election.

When you have committed an act of treason, you forfeit your rights as an American. You have no rights.

History will show that Donald Trump tried every legal avenue to solve this crisis against our Constitution. It will show that all others failed to address this Act of Treason. He tried to resolve this peacefully. His only recourse left was to use the military, but it will be a LAWFUL use of the military as these people have broken their oaths and committed TREASON and INSURRECTION.

President Donald J. Trump is LEGALLY REQUIRED to act on this because of his own oath to the Constitution, to protect our Republic from enemies Foreign AND DOMESTIC.

The crimes on their indictments will read; TREASON, SEDITION, and CRIMES AGAINST HUMANITY. When the whole world finds out they launched a virus to steal an election, the Great Awakening will begin.

OR, OUR ENTIRE WAY OF LIFE IS OVER

If the President fails or refuses to faithfully execute the office of President as he SWORE ON A BIBLE to do, and enforce the 14th Amendment which is part of the highest law of our land (Constitution), then the following is what we can expect:

There will be NO Fairy Tale ending.

Trump was NOT playing 5D chess, the Military and National Guard are NOT there to protect him, and the fences are NOT built to keep the Deep State captive.

The Military is NOT in control.

The Insurrection Act was NEVER declared/signed.

There will be NO arrests.

There will be NO Emergency Broadcast System Alerts or videos of confessions and tribunals that stream to us for hours on end.

There will be NO “Great Awakening.”

Hollywood will NOT be exposed, and people will NOT be held accountable for their crimes against humanity.

There is NO “Federation of America or “United States Inc.”

Trump will NOT be re-elected through ANY process.

NOTHING glorious is going to happen on the 19th…on the 20th…or anytime after that.

You were all played like fiddles and sold hopium to sedate you from actually doing anything of worth…and instead let a False Flag occur right under your noses at the US Capitol … and ironically be blamed on you.

Gaga will sing, J-Lo will perform, and ultimately, Biden will take his seat at the throne.

We’ve been sold out…many many years in the making. Our way of life has been forever changed…and as we inch closer and closer to an Orwellian future…we will either embrace it while evolving to endure the transition…or will become outcasts, lepers, and loonies along the way…dying with a crumpled, shriveled up dream of a free nation clenched tightly in our cold dead hands.

This is it folks…curtain call. Nobody is coming to save us. The Great Reset is upon us…and it WILL reign supreme. Convert whatever monetary assets you can into tangible goods, services, and opportunities.

Technology will continue to marvel us as it rapidly moves forward, while our core values, principles, rules, laws, and ways of life slip back in time to the stone age.

That’s it…the game is up.

We will have our answer as to WHICH fate awaits, 72 Hours from now.