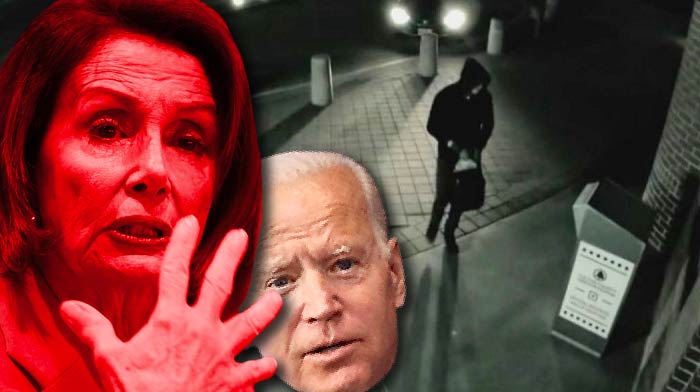 This new Rasmussen poll should terrify the Democrat Party.

Seriously, it should rock them right down to their blackened souls… and that goes for the GOP establishment too.

Here’s what pollster Rasmussen said: “Tomorrow: 2000 Mules – 1000 National Likely Voters Our question is set below. Early Indicators – 40%+ of all voters are aware of the film – 20M+ of voters have seen the film – Majority of Dem’s & Ind’s who have seen it say it strengthened their convictions of widespread fraud. twitter.com/Rasmussen_Poll…”

Poll after poll has shown us that the American people are not buying what the media, Dems, and GOP RINOs are selling about the 2020 election.

Fox News and CNN, and all the other mainstream media outlets can call everyone “conspiracy theorists” for not believing 2020 was the “fairest election” in all the land, but the reality of the situation is that it wasn’t, and the American people know that.

They inundated this country with a tsunami of unprecedented and illegal mail-in ballots, and just because the courts didn’t “rule” there was mass voter fraud, doesn’t mean there wasn’t.

In the house I was renting at the time of the 2020 election, where three people lived, we received 11 unrequested mail-in ballots.

Two for the dead people who built the house.

Two for the landlords who lived abroad.

Two for my daughter.

Three for my mom.

We did not ask for a single ballot… but this is what showed up at our home.

Does that sound “secure” to you?

An election isn’t “secure” when I can wallpaper my powder room with ballots.

It literally showed how the ballot harvesting scheme worked… and in case some of you didn’t know, they did a “dry run” of this ballot harvesting scheme in 2018, during the midterms. Just look at what happened in California in so many House races. They “flipped” out of nowhere from red to blue, just like the 2020 race would a couple of years later.

So, Rasmussen is conducting a new poll about the movie, and the early indicators should actually terrify the entire Dem Party.

Rasmussen did the poll because of all the media stonewalling surrounding the film.

Trust me, the people who were just “suspicious” of cheating before will be convinced after they watch the movie.

Here’s a closeup of the polling questions:

According to Fox News, “fact-checkers” have already “debunked” the film, and they’ve done so from the comfort of their work desks.

Give me a break…

If you actually wanted to debunk something like this, wouldn’t you have to get up from your desk and travel to those specific places and actually investigate what the film claims on the ground and interview people and document absolutely everything, and then present your discovery?

Yes, that’s exactly how you’d check the facts in a serious manner, and even then it wouldn’t be a “fact check,” it would just be you presenting what you discovered.

The American people will be the judge of what the actual “facts” are.

But we all know why the “fact-checkers” and the media are behaving this way, don’t we?