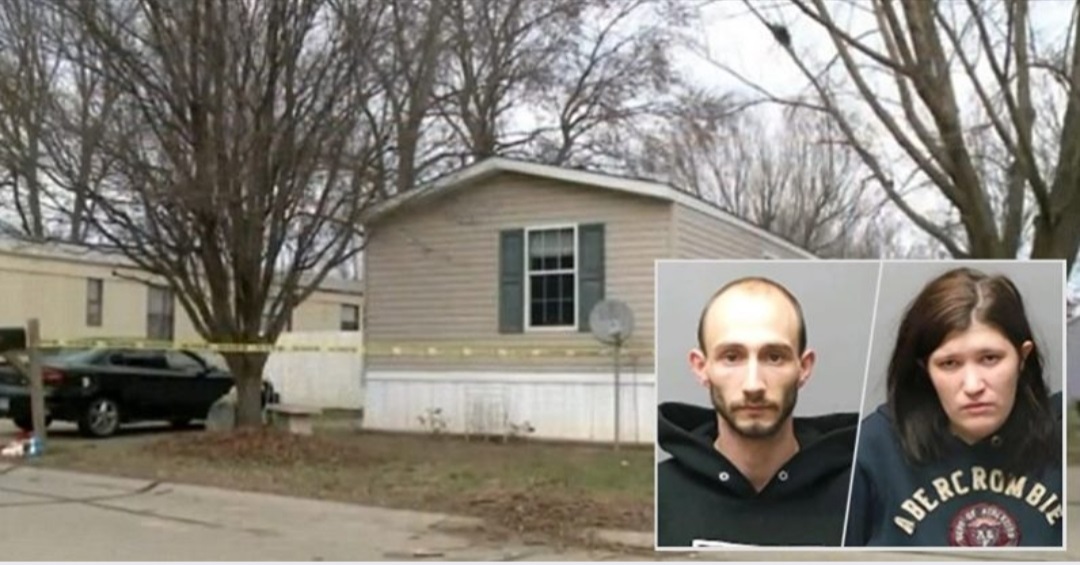 Police officers in Missouri were called out to a trailer house on reports that a meth lab was operating inside. When they arrived, they found something far worse cooking in the bedroom. Now, two degenerates are going away for a very long time.

The state of Missouri is no stranger to methamphetamine production, but the call to a trailer park in St. Charles turned up much more than a tweaker’s meth stash. Kathleen Peacock and Lucas Barnes had been holed up inside for days, with one room of the ramshackle house transformed into an oven — until it became too hot to ignore.

Peacock, who happened to be pregnant when cops were called to her home, had been up for 38 hours with her man on a meth-making and taking bender. She mentioned that she heard a noise from the other room of the small home and thought, at one point, about checking on it, but her drugs were too important to take a few steps away from them.

After the sounds stopped, she finally opened the door to the room and found her 2-year-old son, Braydon Barnes, had been cooked to death from the space heater that she left on for him. Peacock and Barnes thought that locking the child in the room with a space heater on high for almost two days was enough to keep him comfortable so they could do their drugs.

The heater didn’t have a thermostat on it that would allow it to shut off when it got too hot, ultimately making an oven out of the room. To make matters worse, when Peacock called the police about her dead child, officers not only found that the trailer house of horrors had been condemned and had feces and filth everywhere, but also that the child was severely malnourished after not being fed for days. Disturbingly, if the heat didn’t kill him, the starvation probably would have.

According to CBS St. Louis, this isn’t the pregnant mom’s first run-in with the law. In fact, she hadn’t even fully resolved her child endangerment charge from when she was pulled over for driving under the influence with a kid in tow when she caused the death of her son. Now, she and Barnes are looking at 20 years to life for abuse or neglect of a child resulting in death, topped off with an additional drug charge.

The state has such a problem with inept parents that they’ve had to put “crisis nurseries” in place, where people can drop off their children if they can’t handle them, feel overwhelmed, or would rather do drugs than do their job as a parent. Although this was available to Peacock and Barnes, the centers also rely on people exuding an ounce of responsibility to take them up on the offer. Sadly, these parents couldn’t be bothered and their child paid for it with his young life.

Rather than giving drug addicts chance after chance to choose their children’s well-being over their drugs, the kids should be taken at the first grossly irresponsible offense. This would ensure the child’s safety and keep them alive, while the parent either self-destructs or gets better.

If the latter happens, they could get their kids back, but the state is more concerned with protecting degenerates and letting them keep their kids, who die while the adults are given too much time, only to prove that they aren’t capable of living up to the responsibility. The kids pay the price, and more often than not, it’s in an unimaginably tragic way.