Thriller in the Mediterranean: American submarine broke “the Russian siege and entered in violation of the Montreux Treaty? 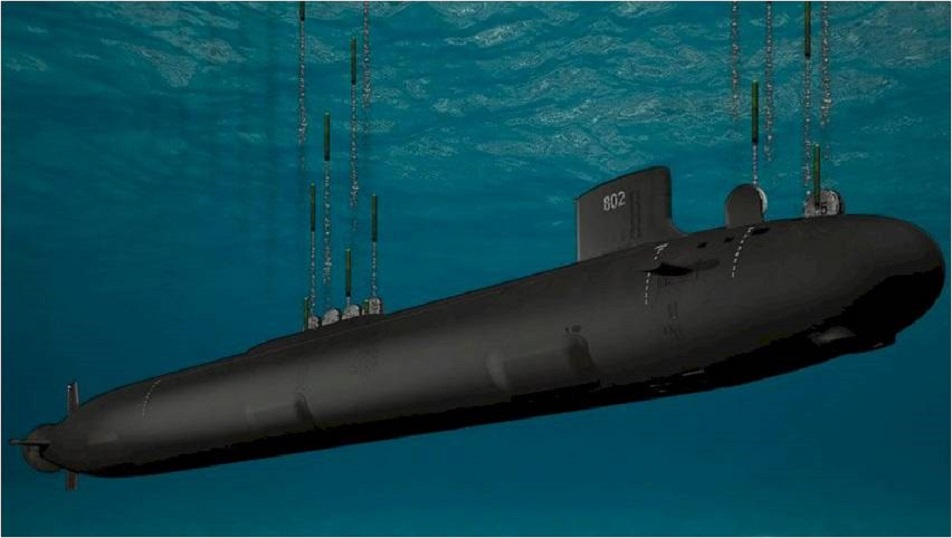 The Russia-US conflict is deepening and Turkey is in a very difficult position at a time when Russian media are launching direct fire against Ankara for violating the Montreux Treaty and the entry of a US submarine into Russian territorial waters.

It is recalled that Erdogan recently changed the rules of engagement regarding the passage of foreign warships through the Straits.

According to the Treaty of Montreux, the passage of submarine non-coastal states of the Black Sea is completely prohibited.

Did an American submarine enter the Black Sea?

“A US nuclear-powered submarine may have entered the Black Sea in violation of the Montreux Treaty.

The US submarine may have even entered Russian territorial waters.

According to information published by the Russian media avia.pro, there is intense mobility in the air. Russian AFNS Il-20 took off and followed a strange route in the eastern part of the Black Sea as there were suspicions of a US submarine that could even enter Russian territorial waters.

The route followed by the Russian AFNS IL-20 is strange while even more strange is the fact that the reason for its mission was not announced.

“The Il-20 took off from Akhtubinsk air base to carry out its mission,” Russian media reported.

If it is not Russian provocations, the accusation is very serious and is directed against Turkey.

Turkey will remain neutral in the Russia-Ukraine crisis

Turkey remains neutral in the Russia-Ukraine crisis, but is ready to support diplomatic efforts aimed at resolving it.

This was announced by Turkish Foreign Minister Mevlüt Çavuşoλουlu.

“There are problems in Donbas, but there are also the Minsk agreements. We offer the parties to resolve this issue peacefully and diplomatically.

Turkey supports the territorial integrity of any country – Ukraine, Russia and everyone else. We are building relations with Russia and Ukraine.

Our relations between each country should not affect relations with other countries.

“In the crisis between Russia and Ukraine, we do not support any side , ” Tsavousoglou told local television station NTV.

According to him, Turkey’s policy is “clear on all issues, including Crimea”.

“We share our views honestly and openly with both sides, we have a constructive policy. Now the situation has begun to unload, which makes us happy. “Turkey is ready to contribute to this process,” he said.

These are inexplicable statements by Foreign Minister M. Tsavousoglou as a result of the difficult position that Ankara has taken due to the Russia-US conflict.

How can he declare neutrality when he actively supports Kiev with jihadists and weapons, only he can know. Unless there is a secret agreement with Russia.

Variation of the Russian national anthem on Turkish television

In addition, another strange move was made by a Turkish channel which, in an advertisement for Iftar meals, played a variation of the Russian national anthem.

In fact, this fact made an impression on the Russian media with Ria Novosti reproducing this fact.