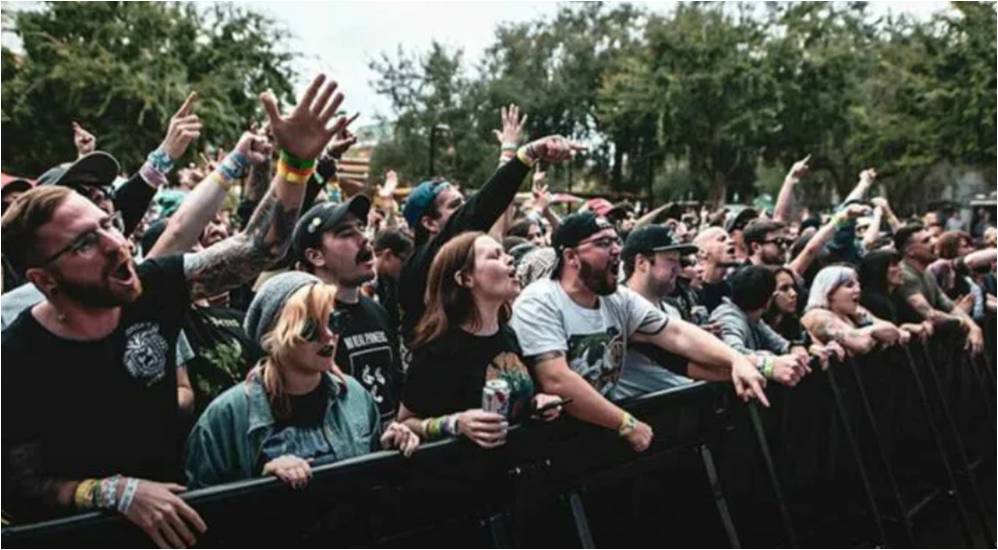 A concert promoter in Florida is charging a ‘no vax tax’.

The concert which features bands like Teenage Bottlerocket, MakeWar and Rutterkin will cost $999.99 for anyone who has not had the covid vaccination.

Meanwhile those who can provide proof that they’ve had the jab will receive a 98.2% “discount” reducing the tickets prices to $18.

RT reports: Posters for the concert feature an image of ‘Nightmare on Elm Street’ killer Freddy Krueger with needles for fingers and the Leadfoot Promotions booking page advises attendees to bring their “COVID-19 Vaccination Record Card” showing they have had two doses of the Pfizer or Moderna vaccine, or one shot of the Johnson & Johnson vaccine.

“If you buy one of these advance tickets and show up without your vaccination card or government issued photo id, you won’t be let in at this price, you will need to pay the remaining $981.99 to enter or go back and get your card,” organizers warn.

The decision was made by concert promoter Paul Williams, who told ABC News that he wanted “to get the fence-sitters off the fence” and to “get their shots.”

Critics, however, have argued that the pricing structure is unfair, with one punk fan telling ABC Action News that she was unable to get vaccinated because she had contracted Covid-19 too recently.

“I think it’s terrible because not everyone can get the vaccine,” she said.

Despite complaints, Teenage Bottlerocket member Ray Carlisle expressed no sympathy for the fan or others in a similar situation, telling them to “put together a Go-Fund-Me” so “all the other weirdo anti-vaxers can help support you going to Teenage Bottlerocket for a thousand dollars.”

Though it is illegal for a Florida business to require proof of vaccination from customers and guests, after Governor Ron DeSantis signed an executive order prohibiting the practice, Williams is attempting to skirt the law by arguing that unvaccinated people will still be allowed in, just at the “full-price” of $999.99.