TikToker Discovers Declassified CIA Report All About How To Stop Pain 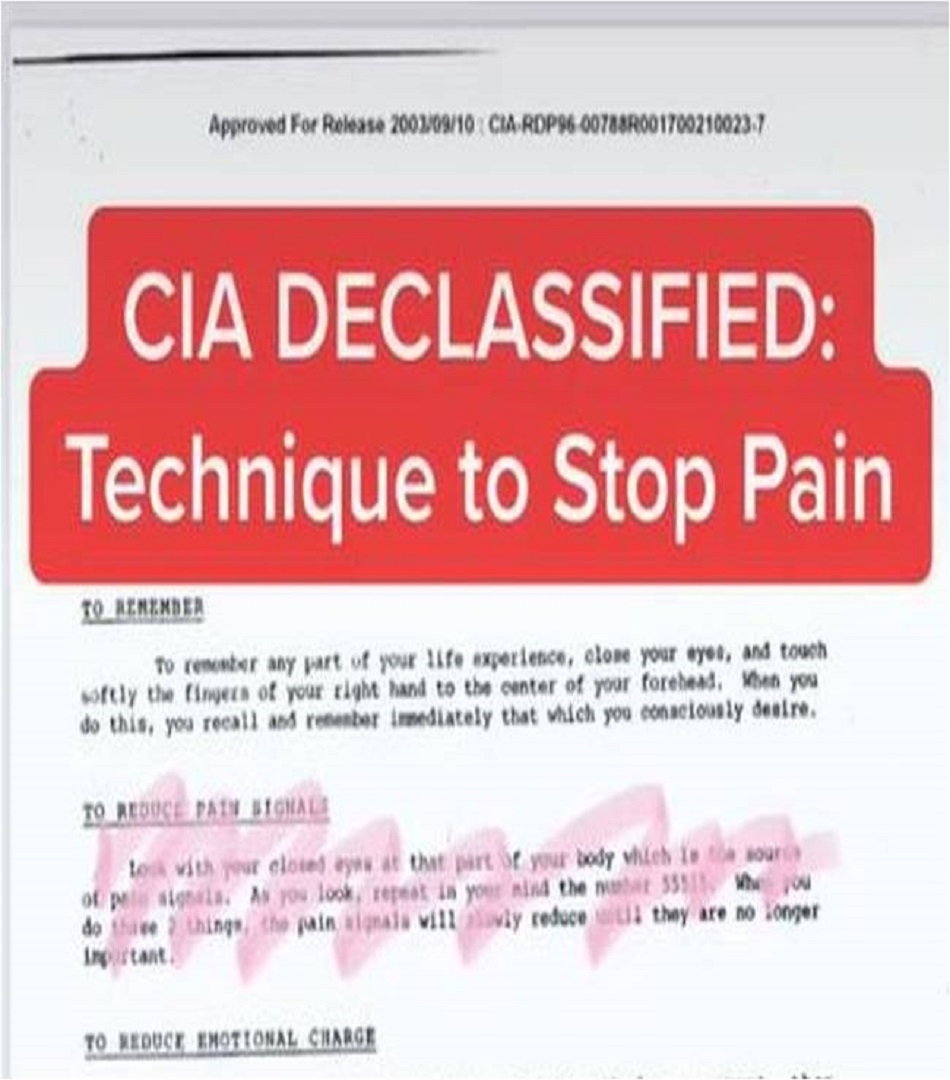 A TikToker claims to have found a method for reducing pain signals in the brain that was uncovered by the CIA as part of its Project Stargate.

Stephanie Forlini, who is known for sharing information around spiritual and holistic healing, shared the pain relief technique as part of her ‘CIA declassified’ series on TikTok.

Forlini was left ‘freaked out’ after attempting the unusual pain relief method, which she says ‘really worked’.

Check it out here:

In the clip, Forlini shows appears to show a declassified CIA document detailing the bizarre technique, ‘which is essentially used to expand consciousness and get you to interact with non-physical energies’, she explains.

The TikToker goes on to explain that the method actually comes from the Monroe Institute’s Gateway programme, which she says ‘is the medicative programme that the CIA used in their research in Project Stargate’.

For those who don’t know, Project Stargate was the undercover name used for a United States Army unit in Maryland, which was set up to investigate the possibility of psychic phenomena within the military and intelligence services.

The unit was later declassified in 1995 after the CIA determined it hasn’t been helpful in intelligence operations.

This particular technique, which is said to derive from declassified documents from the unit, involves visualising the part of the body that’s in pain.

‘When you do these two things, the pain signals will slowly reduce until they are no longer important.’

The clip, which has been liked more than 900,000 times, was quickly inundated with comments from people who decided to use the method on themselves.

‘I stepped on a metal straw today and it cut me. I tried this thing and it WORKED,’ one TikTok user commented.

Another added, ‘Oh, okay, not me with chronic joint pain having the first 30 seconds without back pain in like a year.’

‘So, I used this technique and past meditation experience to help me get through 18 hours of natural labour,’ a third commented, adding that ‘at the end I broke and couldn’t keep it up’.

‘Okay, this is weird, I had back pain and it worked, wow,’ another wrote.

Many others commented saying they were looking forward to putting the method to practice when they go into labour.