Till Death Do Us Part: Woman Pushes New Husband Off Cliff 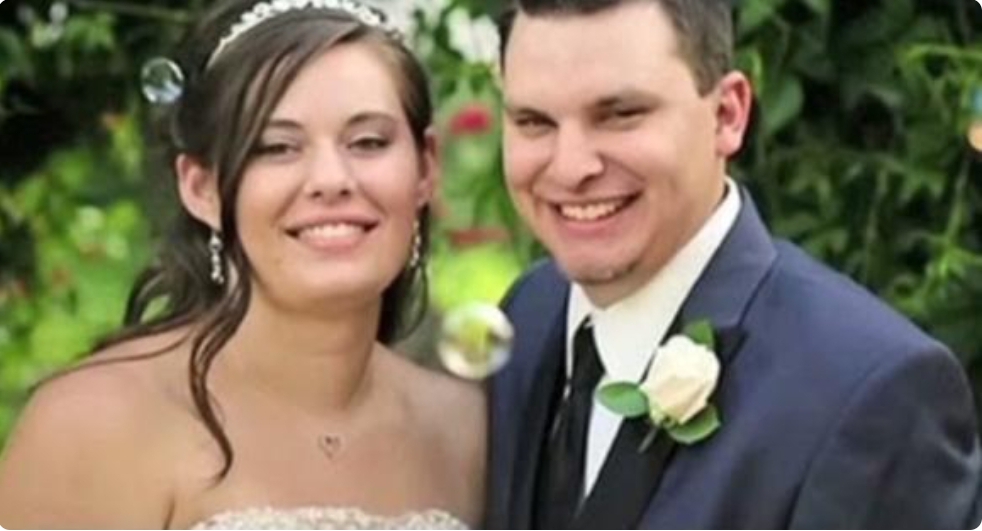 Cody and 22-year-old Jordan Graham met in church in Montana. Cody wasn’t very religious until he met Jordan. Soon enough, they began dating and attending church together regularly. Cody quickly fell head over heels for Jordan, but according to the couples’ mutual friends, Jordan didn’t reciprocate his feelings to the same extent.

While Cody would try to spend as much time as possible with Jordan, she would look for excuses to avoid him. Their friends later stated they never once saw the couple kiss, hug, or hold hands. It was quite a shock to them when after only a year of dating, Cody proposed to Jordan and she happily accepted, even posting a photo of the ring on her Instagram page.

The couple was married on June 29, 2013. Most people look forward to their wedding day, Jordan dreaded hers; she looked down during the entire ceremony rather than at her new husband and appeared to be very uncomfortable, rarely smiling.

Jordan’s best friend and maid of honour Katrina Martinez later stated Jordan had been having cold feet. Jordan had asked Katrina several times if she was making the right choice by marrying Cody. Immediately following the wedding ceremony, Jordan expressed intense regret and texted Katrina, “I should be happy and I’m just not.”

Cody’s groomsman Cameron Fredrickson later reported he warned Cody not to marry Jordan, “She [Jordan] was just very distant and reserved. Their interaction with each other, it didn’t seem like a happy, loving relationship that you would normally see. It was just very awkward.”

Following the ceremony, Cody was on cloud 9. He told his friends he was on a ‘high’ and was so happy to have finally married the love of his life. Meanwhile, Jordan texted Katrina she had told Cody she was on her period so she wouldn’t have to consummate the marriage and that if he tried anything she would ‘freak out.’

Eight days later was the last time anyone heard from Cody. He was reported missing on July 8, 2013, when he didn’t show up for work. Cody’s family and friends asked Jordan where he was. She claimed he had up and left the day before but that she didn’t know where he had gone. They were surprised to see that she appeared to be unmoved by the whole situation. The more they pressed, the more agitated Jordan would become and at one point she even took off her wedding ring and flung it across the room.

When investigators questioned Jordan she stated Cody had texted her he had gone for a drive with a friend, a different story from the one she had given to his loved ones. Conveniently, Jordan did not have the text message to show to the investigators.

Shortly after the authorities began distributing missing flyers, Jordan told her friends she had received an email from one of Cody’s buddies named ‘Tony S.’ The email said Cody was dead. He had fallen off a cliff while on a trip to Glacier National Park and the search should be called off. Jordan’s friends pressed her to show the email to investigators and she did.

On July 11 while investigators were searching for Cody around Glacier National park, Jordan told her and Cody’s friends she knew where he was, that God was sending her on the path towards him.

She got into Cody’s vehicle and drove to Glacier National Park with her friends Amy, Hannah, Cecilia, and Cody’s 16-year-old brother Michael, all of who would later state Jordan was in a surprisingly good mood for a supposed widow; she was laughing and singing in the car with her arm waving out the window.

Jordan took them to a popular area in Glacier National Park called The Loop, a narrow pathway above a ravine with a 200-foot fall, she looked down at Cody’s lifeless and battered body lying facedown in the water and calmly said, “Oh my gosh, it’s him.”

Michael had to crawl back to the car crying after seeing his brother’s dead body, he was in so much shock he could not walk. On the drive back home, Jordan said now that they had found Cody’s body, they could have a funeral and the ‘cops can be out of it.’

Investigators brought Jordan in for questioning a second time on July 16. When asked how she knew where Cody’s body was, she said she just ‘had a feeling’ and that it was the one place Cody had once told her he wanted to see before he died. Investigators knew something wasn’t right; not only had Jordan changed her story many times but there were also many other inconsistencies in her statements.

Jordan said she wasn’t with Cody in Glacier National Park, but surveillance cameras showed the couple entering the park together in Cody’s vehicle. Jordan said she and Cody hadn’t been fighting leading up to his disappearance, but text messages from Cody to his friends said the opposite. Lastly, the IP address of the email she alleged to have been from ‘Tony’ was registered to Jordan’s parents’ home and it was determined Jordan had written it herself on her stepfather’s computer.

Once investigators confronted Jordan with the overwhelming amount of evidence against her, she confessed to pushing Cody off the cliff but claimed it was an accident. However, the injuries Cody had sustained were not consistent with an accident. Cody had fallen headfirst. He had injuries to both his arms and his head and there was a piece of cloth next to his body that appeared to be a blindfold.

Investigators theorized Jordan told her new husband she had a surprise for him. She lured him to the area, blindfolded him, told him to turn around and then pushed him over the edge of the cliff. They claimed the murder was deliberate and planned right from the beginning. Jordan was arrested and charged with first-degree murder and one count of making a false statement to authorities.

Jordan pleaded not guilty. She testified that she had been having second thoughts about her marriage and when she and Cody went for a hike in Glacier National Park, she had decided to talk to him about it but it escalated into an argument.

She said Cody grabbed her arm during the fight and she defended herself by pushing him off the cliff with both hands, resulting in him plummeting 200-feet to his death. “I wasn’t thinking about where we were, I just pushed,” she told investigators. She did not try to see if Cody was still alive, nor did she tell anyone what had occurred. She simply drove home in Cody’s vehicle.

Jordan said she feared having to fulfill her sexual obligations within the marriage. She said she felt ‘physically ill’ at the thought of consummating her marriage, that he had wanted her to engage in all sorts of sexual acts she felt uncomfortable with. Jordan said that Cody wanted her to make him happy but that he didn’t care if she was miserable.

Moments before closing arguments, Jordan shocked the entire courtroom when she changed her plea to guilty, accepting a plea deal to second-degree murder. She was sentenced to 30 years in prison.