Toddler Abandoned At Goodwill, Employee Finds Note About His Mother 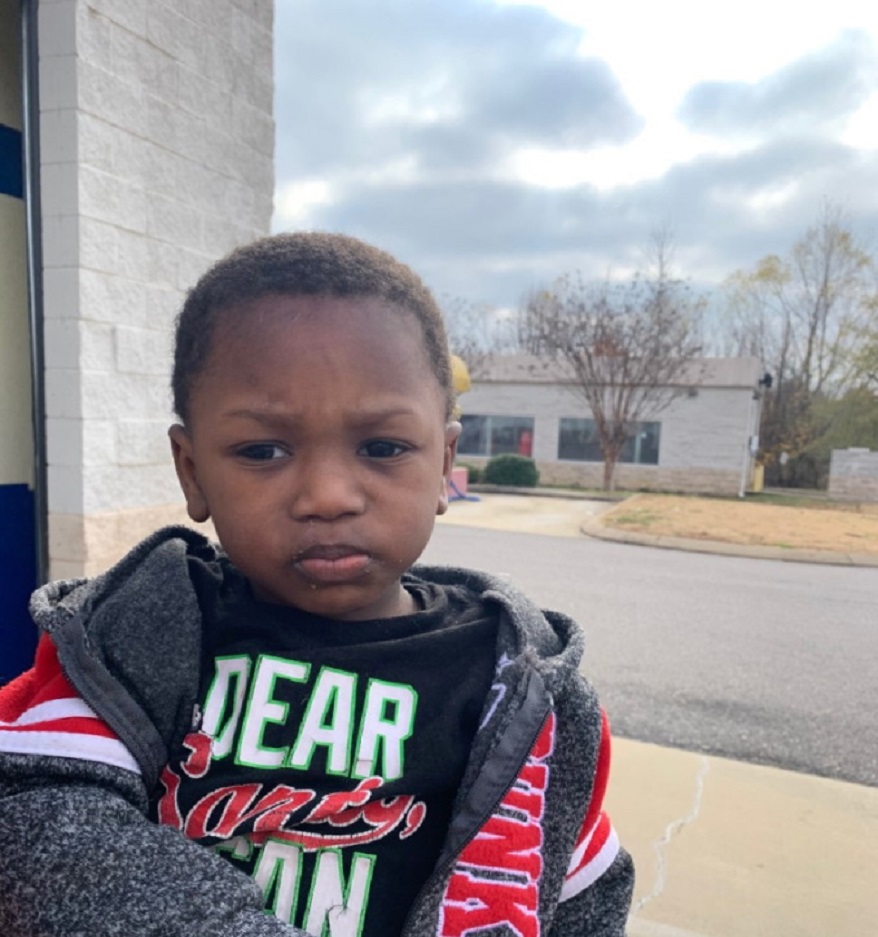 A two-year-old little boy was abandoned at a Goodwill, leaving the employee working that day confused. Then, he found a note about the toddler’s mother and quickly called the police, leading to an arrest.

An employee, who only wanted to be identified as David, was working at a Mississippi Goodwill on a Monday morning when he was left confused by an unusual “drop off.” Rather than unwanted toys or clothes, a man brought in a toddler, who David said wasn’t dressed for the weather. The man then abandoned the child, who would later be identified as Sergio, the son of a woman named Antoinette Smith.

According to The Blaze, the heartbreaking incident happened in Southaven, a suburb of Memphis, Tennessee, where a man walked the child into the Goodwill located at 57 Stateline Road around 10 a.m. After entering the Goodwill with the boy, the man walked up to David and said “the child’s mother couldn’t care for him” before walking away, the employee told WREG.

“Asked if we can take the baby in ’cause the mother abandoned him,” said a Goodwill employee who only wanted to be identified as David.

Stunned and confused, David called his supervisor, who told him to call the police. Officers responded to the scene and found a boy who was so young he could not provide his name or the name of his parents, but when asked his age, he held up two fingers. The boy had been dropped off with a plastic Kroger bag, containing a change of clothes and some food, and a note about his mother, David said.

Written on a paper towel, the note read, “child abandoned…no phone number for mom.” Although he didn’t have on socks and his nose was running, the boy seemed healthy and was in good spirits. David said he laughed and played with toys as they waited for the police to arrive. After officers responded, they performed a subsequent sweep of the area but were unable to locate the man who had abandoned the boy.

With little to go on, the Southhaven Police Department sought the public’s help, releasing what information they could in hopes that someone could identify the child. According to police, the man who dropped the boy off was seen with a woman accompanying him, but it was not known at the time whether or not the female was the boy’s mother.

Surveillance cameras in the area had captured images of the boy arriving at the gas station next door in a red SUV with two men and a woman, who were allegedly connected to the incident. One of the men was seen walking the toddler into the Goodwill. Later that same afternoon, police said the child had been identified, was in Mississippi Child Protective Services custody, and an arrest had been made.

News outlets eventually caught up with a woman named Antoinette Smith, who claimed to be the mother of the 2-year-old abandoned at the Mississipi Goodwill. Identifying the toddler as her son Sergio, Smith claimed she never had any intention of giving up her son. Instead, she alleged that he was kidnapped by a man who tried to prostitute her, according to a follow-up story by WREG.

Speaking to Memphis activist Barbara Buress over the phone in a Facebook Live broadcast, Antoinette Smith said she met up with a male acquaintance and went to Nashville the day before Sergio was abandoned at the Mississippi Goodwill. She said Sergio remained in Memphis with a woman, who she was told was the man’s sister, but her acquaintance later revealed it was actually his girlfriend who was with the child.

“If I knew that, I said I wouldn’t have left my baby like that. Ain’t no way I would have left my baby. That’s all I got with me,” Smith said, adding that the acquaintance abandoned her at a Nashville store after she refused to work for him. “He was like, ‘You better get out there and sell some a-s-s’ and all that type of stuff. I told him, ‘I’m not doing nothing,’” Smith recalled.

Barbara Buress told WREG that Antoinette Smith would be returning to the Memphis area after the activist arranged for her to be picked up in Nashville. Meanwhile, Sergio remained in CPS custody. Police said the boy would be reunited with his relatives after they completed their investigation into the circumstances of the strange occurrence.

Goodwill is a place for unwanted items, and a child never falls into that category. There’s always someone who’s willing to love a child, even if those tasked with their care aren’t up to it. In this case, we’re thankful David kept the boy and called the police. We shudder to think about how this story might have been tragically different if he insisted that the man take the boy with him instead. So, job well done, sir.