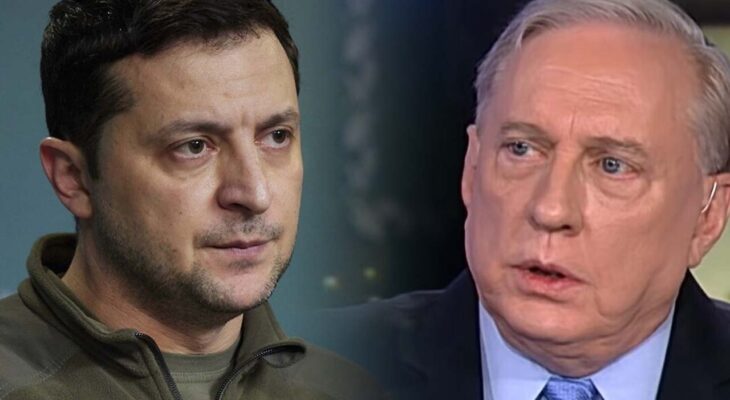 During the Trump administration, retired U.S. Army Col. Douglas Macgreagor served as an advisor at the Department of Defense. He believes that Zelensky’s resistance is dumb and that he is not a hero. Furthermore, he said that Russia had been “too lenient” with the Ukrainians during the opening stages of the invasion.

After intensifying their efforts, Macgreagor indicated in an interview with Fox Business on Friday that the Russians “had now modified” their strategy as a result of their actions.

According to Macgreagor, “Mr Zelensky, I believe, is delaying the inevitable in the hope that we may be able to rescue him from his predicament.” “As for us, we’re not coming.” President Biden has made his position quite clear.”

Stuart Varney, the show’s host, asked Macgreagor if he believes the end is nigh.

The following is his response, as well as the subsequent exchange:

MACGREAGOR: Well, the end of this phase is still a few days away. The first five days, Russian forces I think, frankly, were too gentle. They’ve now corrected that. So I would say another 10 days, this should be completely over. But the question is, what is it that Zelensky going to do? The Russians have made it very clear what they want is a neutral Ukraine. This could’ve ended days ago if he accepted that. And then they can adjust the borders, but the eastern part of Ukraine is firmly in Russian hands, but again, the Russians are not seizing territory. They’re destroying Ukrainian forces. That’s their focus.

VARNEY: Colonel, it sounds like you don’t approve of Zelensky’s stand.

MACGREAGOR: Oh, I think Zelensky is a puppet. And he is putting huge numbers of his own population at unnecessary risk, and quite frankly, most of what comes out of Ukraine is debunked as lies within 24 to 48 hours. The notions of taking and retaking airfields, all of this is nonsense. It hasn’t happened.

VARNEY: He’s not a hero? He’s standing up for himself and his own people. You don’t think he’s a hero?

MACGREAGOR: No, I do not. I don’t see anything heroic about the man. And I think the most heroic thing that he can do right now is to come to terms with reality. Neutralize Ukraine. This is not a bad thing. A neutral Ukraine would be good for us as well as for Russia. It would create the buffer that, frankly, both sides want. But he’s, I think, being told to hang on and try to drag this out, which is tragic for the people that have to live through this.

VARNEY: I am inclined to disagree with you, colonel, but, you know, we’ll see how this works out.

One thought on “Too Harsh? Retired U.S. Army Col Says Zelensky’s Resistance Is Dumb; He’s A Puppet, Not A Hero”