‘Too White’ To Get Coronavirus Vaccine? Some Activists Say, Yes 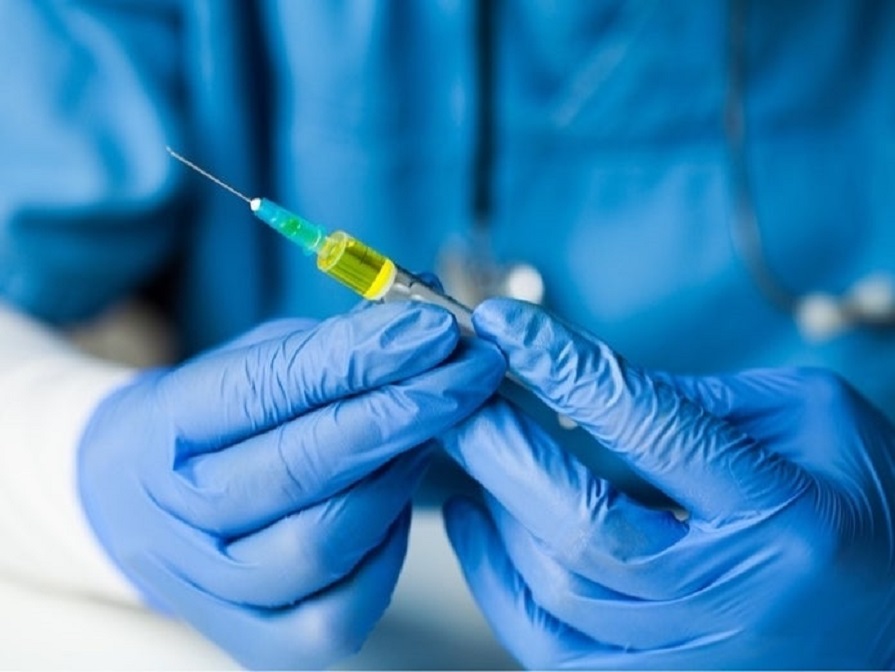 Medical professionals suggest decisions about distributing the limited doses of vaccines be based on social justice, not efficiency or need.

Are teachers “too white” to get early, priority access to the COVID-19 vaccine?

In a New York Times article Friday, several medical professionals suggested that decisions over distributing the limited doses of COVID-19 vaccines not based on the most efficient way to prevent deaths, but on consideration of social justice.

For example, older Americans are at much higher risk of dying from the coronavirus than the general population. But front-line workers should be prioritized over the elderly and vulnerable in part because “the older population are whiter,” says Harald Schmidt of the University of Pennsylvania’s Leonard Davis Institute of Health Economics.

“Society is structured in a way that enables them [white people] to live longer. Instead of giving additional health benefits to those who already had more of them, we can start to level the playing field a bit.”

The U.S. Centers for Disease Control and Prevention’s own proposed guidelines include using race as a metric in determining who gets the early doses of the vaccine.

Some people are horrified by the idea of leaving people unvaccinated for a deadly virus to “level the playing field.”

“The CDC is recommending the vaccine be given to essential workers before the elderly, even as they acknowledge that this choice will result in more deaths. Why? Because the elderly are less racially diverse. Ideas have consequences,” said Coleman Hughes of the Manhattan Institute, where he writes about race and ethics.

“If this doesn’t dissuade you from the notion that race-obsessed ‘social justice’ is a moral improvement over MLK-style color-blindness, then nothing will.”

But Schmidt is hardly alone. The New York Times also quotes Marc Lipsitch, an infectious-disease epidemiologist at Harvard’s T.H. Chan School of Public Health, on the question of whether teachers should be treated like frontline workers when it comes to getting access to vaccines.

“Teachers have middle-class salaries, are very often white, and they have college degrees,” he said. “Of course they should be treated better, but they are not among the most mistreated of workers.”

Several states, including California and Georgia, have already announced they intend to use an “equity metric” in prioritizing vaccine distribution. And Tennessee is rushing a portion of its first round of shots to poor, rural, largely Black Haywood County because “COVID-19 has revealed the great disparity in outcomes for Black Americans,” Michelle D. Fiscus, who oversees Tennessee’s immunization program, told the Washington Post.

But Haywood County is also home to the Sugar Creek Senior Living Community, whose predominantly white residents may not meet any racial targets but who are at higher risk of death due to their age. Should social justice take precedence over science?

New Hampshire is not one of the 18 states that, according to Schmidt’s analysis, is using race as part of its distribution metric.

Schmidt remains unrepentant in the face of criticism. In response to a scathing report on his approach on Fox News, he tweeted “I agree with Tucker Carlson on one point: don’t allocate vaccine on race alone.” Instead, he added, “focus on health risk and [racial] disadvantage.”

But it’s precisely that addition of race into the health-risk mix that many Americans find troubling. Why not simply distribute the limited vaccine based on the single metric of preventing the most deaths?

Guidelines will be voted on Sunday by the Advisory Committee on Immunization Practices, and its recommendations are nearly always accepted by the CDC. However, the agency’s director Dr. Robert Redfield has said he believes the priority should be people age 70 and older who live with children or grandchildren.

“I look forward to listening to the advisory group’s discussion, and to receiving its recommendation for consideration,” Redfield told the Associated Press.