Top Reasons why Biden Will Not Be President 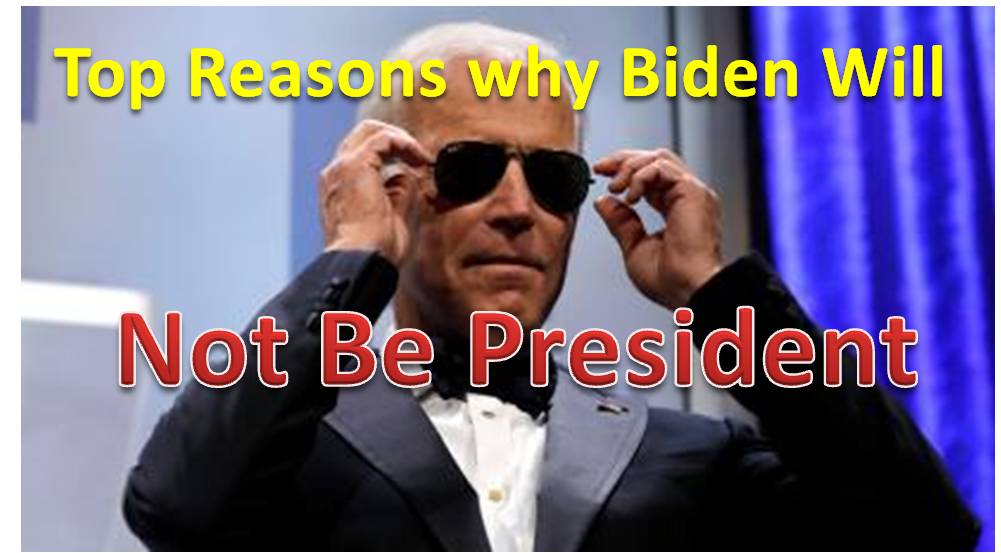 1. He is being investigated on felony charges in Ukraine. This stems from an actual Quid Pro Quo, which if you remember is what they said Trump did. THEY IMPEACHED TRUMP FOR A CRIME BIDEN COMMITTED.

2. He is a National Security Threat due to being tied to China. Email documentation and evidence exists on Hunter Biden laptop. Additionally there is proof of Hunter being paid millions in Russia, Ukraine.

3. Court system may resolve this as it seems like there is much evidence. If the election is nullified, it will goto 12th amendment in which we will have 30 republican representatives to 20 democrats- for the vote.

4. If not for number #3 then Trump SHOULD declare a Natl emergency act which stemmed from the 2018 EO he signed. This would allow Trump to prove to the country that there was a coup. Anyone in on the coup, including the media and giant social media companies- WILL BE SEIZED.

5. Biden may concede to avoid jail

6. Some states or counties may not certify the election to avoid going to jail OR because they are objective and see that there was fraud- either reason applies to this.

Now it will be about getting half of the country to not be little bitches about who the President is. We want a fair election and just because many people, or the left side hates Trump- that does not matter. So hence #4 THE MEDIA IS THE ENEMY OF THE PEOPLE!