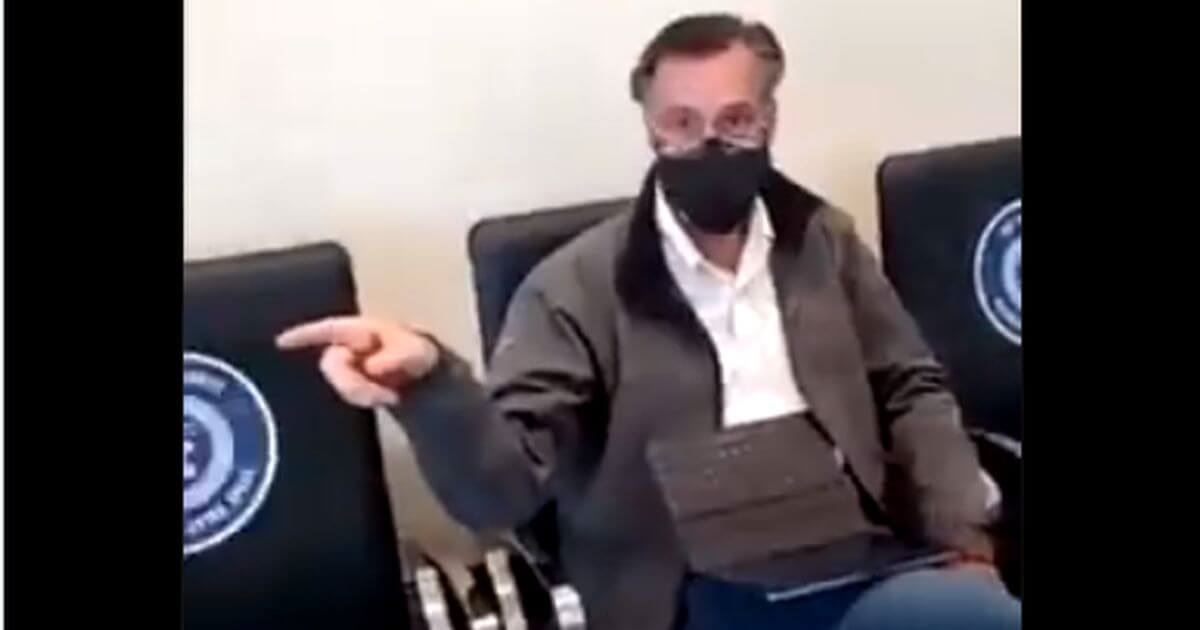 Mitt Romney had a tough night Tuesday. Videos circulating on Twitter show the Republican Utah Senator being confronted by Trump supporters at the airport and on the airplane.

A woman walked right up to Romney while he was seated and on his iPad, waiting for a flight, reportedly at Salt Lake City International Airport.

“Why aren’t you supporting President Trump?” she asked.

Romney’s first response was for the feisty woman to put on a mask, “Please put your mask on. It’s required by law at this airport.” After telling Romney “You can’t tell me what to do,” she agreed to put on her mask so she could have a “chat” with him.

Romney responded to the woman’s question regarding Trump,”I do agree with many of the things he is for, and I support those things.”

She then asked if he would support Republican lawmakers’ attempt to overturn President-elect Joe Biden’s win over Trump by blocking the Senate certifying of the Electoral College votes.

“These people won’t be able to walk down the street.”

The woman pressed Romney further for not voting to reelect the president. She told him, him he was voted into office “as a conservative to represent the conservative constituents. Period.”

He replied that isn’t “how the Constitution works.”

At this point Romney gets up from his seat, telling her that he works for the people of Utah. She let him no immediately that she, in fact, is from Utah and his constituents would make sure not to reelect him.

She went on to comment that she would not be surprised if there was fraud in his election and then told him, “You’re a joke.”

Things did not improve for Romney on the plane.

In what appears to be a full flight, Romney was again confronted by Trump supporters seemingly on their way to Washington DC to rally for the President as the Senate meets to certify the election.

One woman started throwing accusations of Romney’s connections to Biden, Burisma, the Ukrainian oil company at the epicenter of the Biden scandal, and his total lack of support for Trump’s reelection.

Mitt Romney, in a flight full of patriots in their way to DC pic.twitter.com/t9uq3vkCo5

It is fair to say these folks are fed up with Romney and politics as usual in Washington.