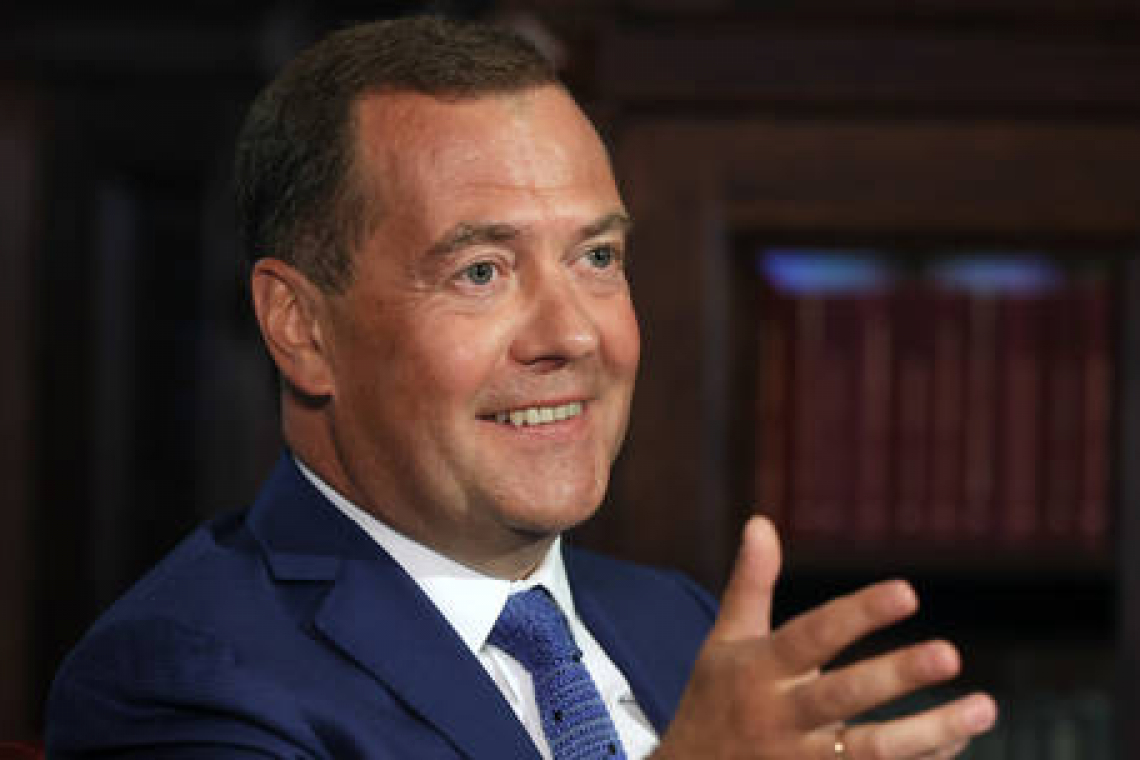 Ukraine is more likely to be reduced to Kiev and its surroundings than to ever re-encompass Crimea and the Donbass republics, former Russian president Dmitry Medvedev said on his Telegram channel on Wednesday.  Is he just Trolling, or is this the simple truth?

The first map showed Ukraine in borders prior to the US-backed coup in 2014, including Crimea and the two eastern regions of Donetsk and Lugansk. A month after the militants backed by Washington seized power in Kiev, Crimea voted to rejoin Russia, while the two Donbass regions declared independence.

“In the mind of the president of Ukraine, damaged by psychotropic substances, this is what the map of his country’s bright future will look like,” Medvedev wrote on Telegram.

“Western analysts believe it will look like this, actually,” he said, posting a second map.

On it, “Ukraine” is reduced to Kiev and its surroundings. Seven regions in the West have been annexed by Poland, and three in the southwest by Hungary and Romania, respectively.

Everything else is marked “Russia.”

He did not specify which Western experts may have envisioned such a partition.

The Ukrainian government has repeatedly rejected any possibility of territorial concessions, insisting that Kiev’s objectives were a “capitulation” of Russia and “reintegration” of Donbass and Crimea.

Medvedev served as president of Russia between 2008 and 2012, and then as prime minister until 2020, when he was put in charge of the national security council. Over the course of the conflict in Ukraine, he has made a name for himself with colorful Telegram posts. Just this month, he warned Kiev of “Judgment Day” if they attacked Crimea and offered a list of “Russian sins,” followed up by those of the West.

Russia sent troops into Ukraine on February 24, citing Kiev’s failure to implement the Minsk agreements, designed to give the regions of Donetsk and Lugansk special status within the Ukrainian state. The protocols, brokered by Germany and France, were first signed in 2014. Former Ukrainian President Pyotr Poroshenko has since admitted that Kiev’s main goal was to use the ceasefire to buy time and “create powerful armed forces.”

In February 2022, the Kremlin recognized the Donbass republics as independent states and demanded that Ukraine officially declare itself a neutral country that will never join any Western military bloc. Kiev insists the Russian offensive was completely unprovoked.