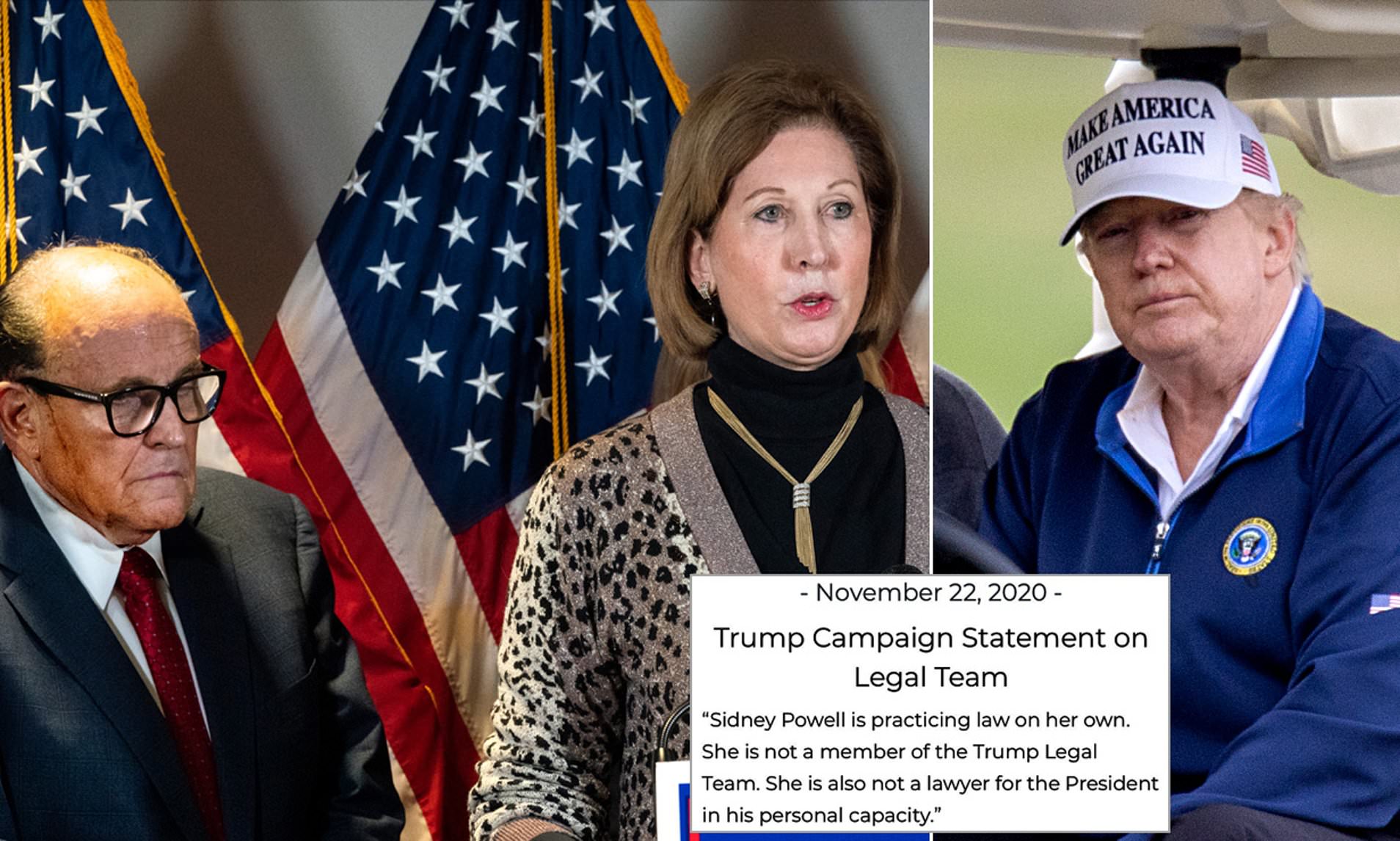 U.S. President Donald Trump’s election campaign issued a statement on Sunday distancing itself from Sidney Powell, a lawyer who made baseless allegations of voter fraud at a campaign press conference on Thursday.

“Sidney Powell is practicing law on her own,” Trump campaign lawyers Rudy Giuliani and Jenna Ellis said in the statement. “She is not a member of the Trump Legal Team. She is also not a lawyer for the President in his personal capacity.”

Rudy Giuliani and Jenna Ellis have released a statement from the Trump Legal Team pic.twitter.com/ZSlVLzr2Yc

The announcement came one day after a judge dismissed the campaign’s lawsuit seeking to halt President-elect Joe Biden’s victory in Pennsylvania, dealing a major blow to Trump’s flailing efforts to overturn his Nov. 3 election loss.

Powell did not immediately respond to a request for comment.

Trump had referred to Powell as one of his lawyers in a Nov. 14 tweet.