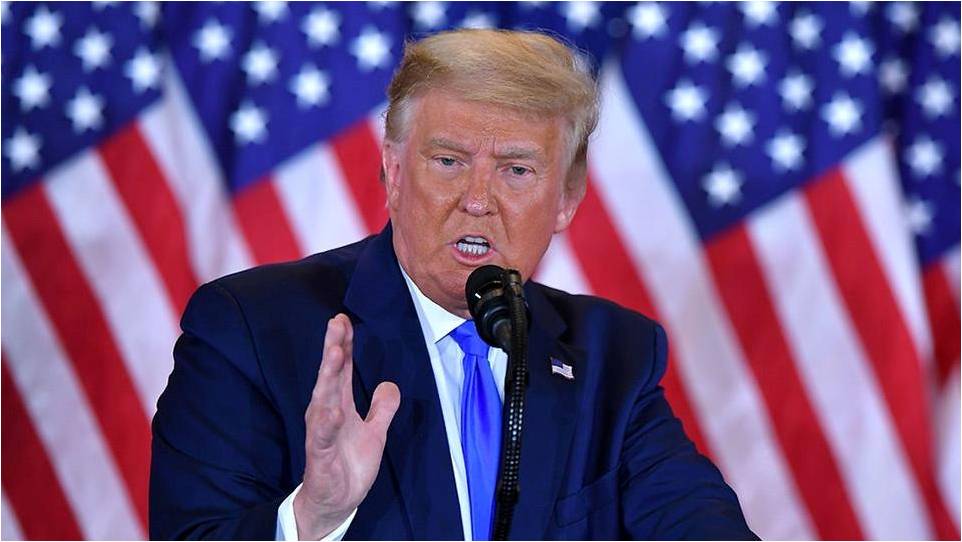 Trump issued a statement minutes after numerous news outlets declared Biden the winner of the presidential race claiming that networks were helping Biden “falsely” pose as the winner and promising to fight the results in court.

“The simple fact is this election is far from over. Joe Biden has not been certified as the winner of any states, let alone any of the highly contested states headed for mandatory recounts, or states where our campaign has valid and legitimate legal challenges that could determine the ultimate victor,” Trump said in a statement released by his campaign.

Trump was at his golf club in Northern Virginia when Biden was projected the winner of the presidential race.

The statement confirms what Trump’s allies had expected — he does not plan to concede the race and instead intends to challenge the results in court.

Trump said that the campaign would begin court fights on Monday “to ensure election laws are fully upheld and the rightful winner is seated.”

The campaign is expected to mount challenges in several states where the race was close, and Trump specifically mentioned Pennsylvania, where he asserted that “our legal observers were not permitted meaningful access to watch the counting process.”

A Pennsylvania court granted the Trump campaign the ability to more closely observe the ballot-counting process in Philadelphia on Thursday, but campaign representatives later claimed that the observers were still not being granted sufficient access despite the order.

Trump has made clear over the past week that he wants to challenge the results, delivering an extraordinary statement from the White House on Thursday raising allegations of fraud that have not been substantiated and claiming without evidence that the election is being stolen from him. His rhetoric has prompted rebukes from members of his own party.

Republicans have also pushed back on Trump’s allegations of massive fraud in the electoral process.

Sen. Pat Toomey (R-Pa.) on Friday called for patients as votes continued to be tabulated.

“It’s going to take the time that it takes,” he told NBC’s TODAY show. “I saw the president’s speech last night and it was hard to watch. The president’s charges of large-scale fraud, there’s no evidence here.”

Trump continued to make wildly inaccurate claims about the election on Saturday.

“I WON THIS ELECTION, BY A LOT!” Trump tweeted Saturday morning, a message that was labeled by Twitter as containing inaccurate information.

Trump arrived at Trump National Golf Club in Sterling, Va., about an hour before Biden was declared the winner by various news outlets. Beyond his prepared statement, Trump has yet to make public comments on the results.

Biden on Saturday was declared the winner of both Pennsylvania and later Nevada by the Associated Press. The former vice president defeat Trump in a handful of swing states that Trump won in 2016, including Michigan, Wisconsin and Pennsylvania. The Trump campaign has already demanded a recount in Wisconsin, where Biden won by about 20,000 votes.