Trump should declare a state of emergency, impound voting machines 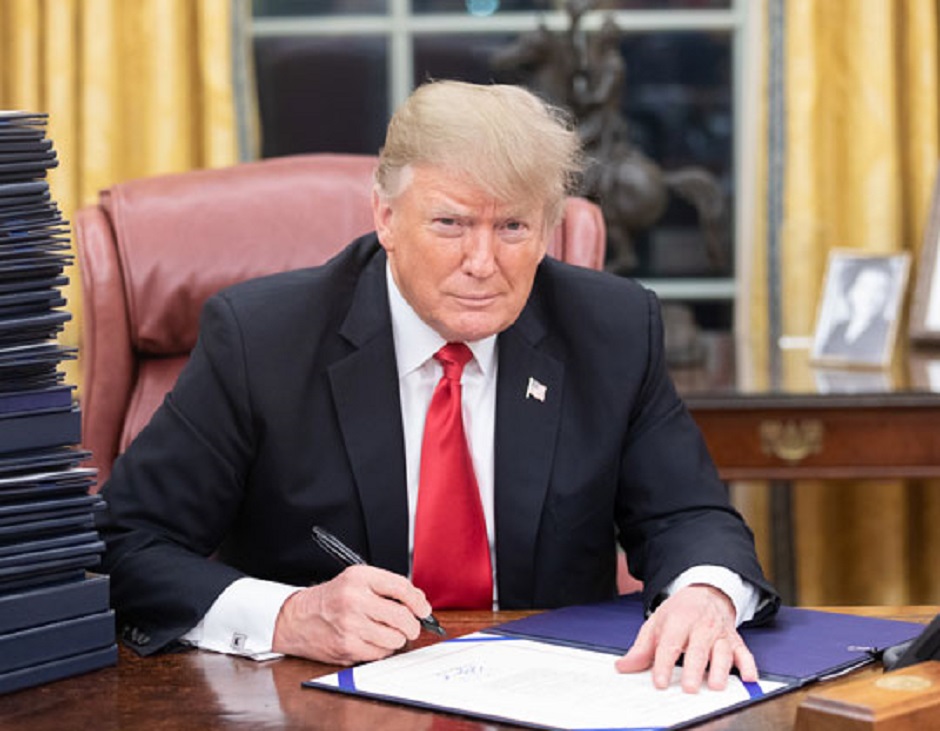 Trump must act, and act now while he still has the power of the office of POTUS.  He should follow Sidney Powells advice to declare a state of emergency to impound voting machines across the country.

What could possibly be more important to the survival of the Republic than the defense of a free and fair election?  A 90%+ majority of Republicans believe that the election was stolen, and even 30% of Democrats agree.  With 70 million Americans feeling that the election is fraudulent, we are heading quickly toward banana republic status.

Can there be a clearer case of a state of emergency?

And the fraudsters are thumbing their noses at us.  In Arizona, the Maricopa County election board is openly defying subpoenas issued by the state’s Legislature to examine voting machines.  The Epoch Times reports that a “Georgia Official Warned Counties Not to Grant Open Record Requests for Voting Software.”

The courts have failed us.  Trump’s team has not been allowed to present evidence to any court in the land.  And his legal team is caught in a Catch-22; they can’t gain access to the real evidence until they come up with concrete proof of fraud.  David Shafer’s election contest showing that thousands of Georgia votes were unlawfully cast was filed on December 4 and has still not been assigned to a judge.

The SCOTUS dismissed the Texas lawsuit and has slow-walked other challenges by the Trump team.  Why?  Because they would rather ignore the real concerns of tens of millions of voters than make a controversial decision.

Who is looking after the 70 million or more Americans who cast their ballots for Trump?  Certainly not the SCOTUS, or the MSM, or the swamp.  And not career politicians in either party.

The point of declaring a state of emergency is not to give Trump a second term; the point is to prove — one way or another — that the elections were fair.

If the government impounds the voting machines and finds after careful review that Biden actually did get the votes he claims, that would at least give the people some reassurance that the process was fair and above board.  But all we see are election officials across the country desperately trying to hide something.  Why?

If these election officials have nothing to hide, they should welcome such an executive order and fully support a detailed forensic review of the election results.  So would the Biden team, if they truly believe they won fair and square.

There are very real reasons why Trump might hesitate to declare a state of emergency, not least that it could establish a terrible precedent for future presidents to take a similar action to void election results they don’t like.  But taking such actions now, given the failure of the courts and election officials, appears to be the only way left to protect our free and fair election process.  If the Biden’s hypothetical administration wants to be seen as legitimate by a majority of voters, it should hail Trump’s executive order.

But time is of the essence.  It is now late December, with but a few short weeks before the Biden team assumes office.  Impounding voting machines and undertaking a forensic review takes precious time, and not much is left to us.

Mister President, listen to the voices of 70 million Americans who are losing faith in their country.

The time to act is now.