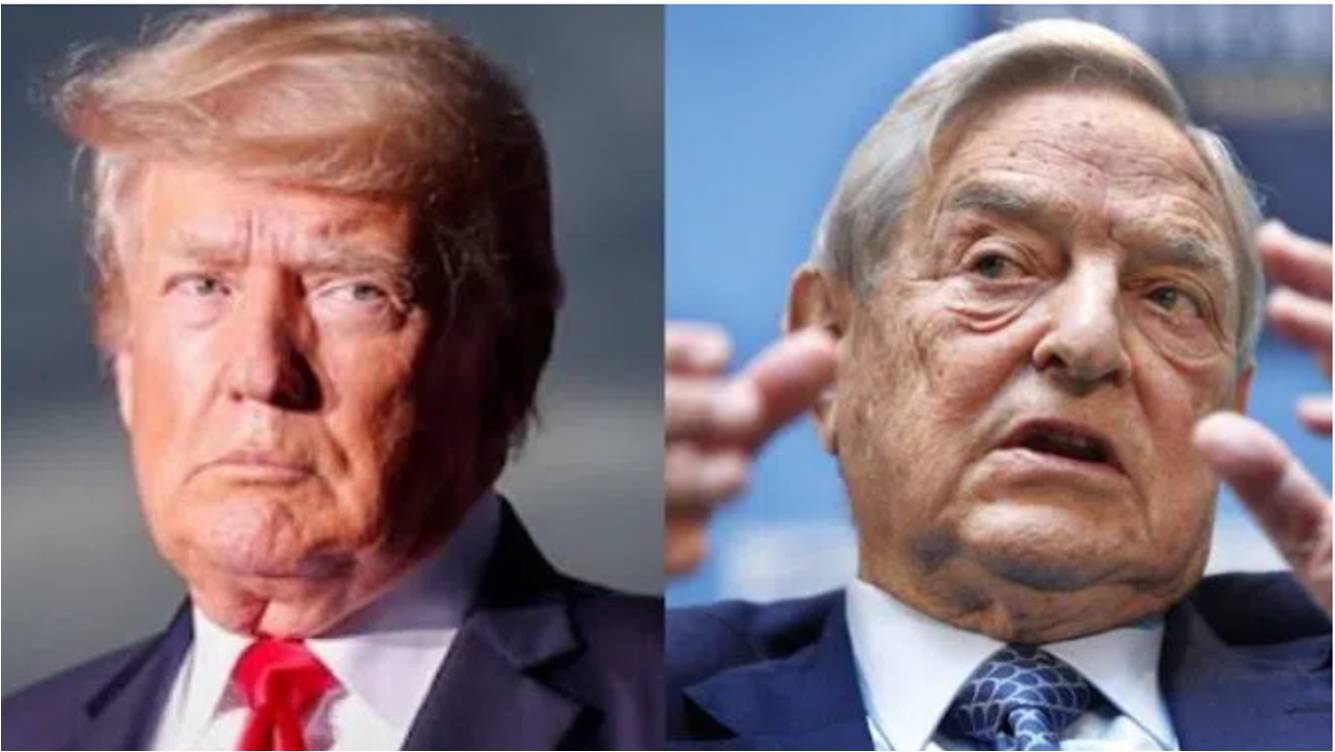 President Trump is being urged to revoke billionaire globalist George Soros’ U.S. citizenship when he is reelected in 2024.

American author Joseph Farah says it’s past time to show America-hating ‘megalomaniac’ George Soros the door – and Trump is the man who could do it.

Farah writes: My plan will be popular for most Republican and the many former Democrats who have seen the light during Joe Biden’s half term before impeachment – if we still have a country by then.

This is necessary for reforming election practices in the U.S., as well as generally fighting the radical left.

Are we going to make American great again? We won’t have opposition with this puppeteer of the left gone – not as much anyway.

Somehow Soros mysteriously was granted dual citizenship – in 1961! I was 7 years old at the time! Presumably, he bought it, like he tries to buy everything else he wants, including the chaos he has successfully spread in our streets, our elections, our culture.

Soros is an immigrant from Hungary, yet he still maintains his citizenship there. That’s something America discourages. Dual citizenship is hard to get. Yet, he has maintained it while fomenting riots in the streets and spreading anti-American ideas with his vast wealth. Now he is trying to do the same thing in Hungary that he is doing to America. Let’s see who wants this guy!

He has also been convicted of securities crimes. That should be the basis for dumping his dual citizenship.

Why is a man like this permitted to use his wealth to have such profound political and cultural influence within our country?

I haven’t seen anyone else ask this question, but it’s long past time to have the debate.

How and why is a foreigner allowed to contribute vast sums of money into America’s election process?

If the credo is going to be America First, we should really consider kicking this guy right out of the country. It should be as high a priority as keeping terrorists out.

Soros is a megalomaniac, once writing: “I fancied myself as some kind of god. … If truth be known, I carried some rather potent messianic fantasies with me from childhood, which I felt I had to control, otherwise they might get me in trouble.”

In elaborating on that idea, he once told Britain’s Independent newspaper: “It is a sort of disease when you consider yourself some kind of god, the creator of everything, but I feel comfortable about it now since I began to live it out.”

In his book, “The Bubble of American Supremacy,” he said the U.S. is a “threat to the world,” run by a Republican Party that is the devil child of an unholy alliance between “market fundamentalists” and “religious fundamentalists.” It is, he claims, a “supremacist” nation.

So why would he want to be a citizen of the U.S.? To fundamentally change its course in his own warped way. He wants to change it completely – get rid of the Constitution and Declaration of Independence.

Soros is certainly no “philanthropist.” Just read what he told the New York Times in 1994: “I am sort of a deus ex machina. I am something unnatural. I’m very comfortable with my public persona because it is one I have created for myself. It represents what I like to be as distinct from what I really am. You know, in my personal capacity I’m not actually a selfless philanthropic person. I’m very much self-centered.”

Here’s how he described himself to biographer Michael Kaufman: “I am kind of a nut who wants to have an impact.”

But it gets even worse.

Here’s what he said on British television: “Next to my fantasies about being God, I also have very strong fantasies of being mad. In fact, my grandfather was actually paranoid. I have a lot of madness in my family. So far I have escaped it.”

In his book, “Soros on Soros,” he wrote: “I do not accept the rules imposed by others. … And in periods of regime change, the normal rules don’t apply.”

So, again, I ask: Why is this man permitted to retain U.S. citizenship?

Is it only the money – so much of it he uses to spread strife and division within the nation?

If we’re going to clean things up in America, we should start by giving this guy an unceremonious boot.