Trump Was Right. The Mainstream Media Turned Out To Be The Main ‘Opposition Party’ 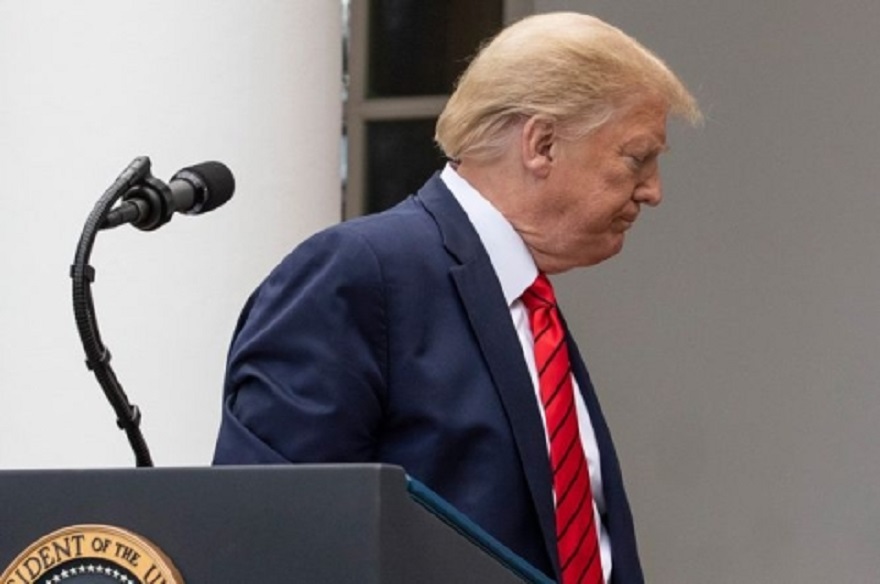 Trump was echoing the sentiments expressed by his then chief strategist and aide Steve Bannon the previous day. “The media should be embarrassed and humiliated and keep its mouth shut and just listen for awhile. I want you to quote this. The media here is the opposition party. They don’t understand this country. They still do not understand why Donald Trump is the president of the United States,” Bannon had said in an interview to The New York Times.

Four years later, Trump and Bannon have been proven right, again. The reason for Trump’s angst at the time was that the mainstream media covered him and his campaign unfairly and didn’t take his candidacy seriously. In all the opinion polls conducted in major states (often by top media channels and papers in partnership with polling firms), Trump was not just predicted to lose but lose badly to Hillary Clinton. Even in battleground states, they showed him far behind her just before the election.

This isn’t about simply publishing partisan opinion pieces by left-leaning commentariat or writing negative stories to dent one’s image but about getting opinion polls horribly wrong which were once supposed to be sacred due to sound and scientific methodology. Reading one or two states is one thing but to get all the states wrong by all the top rated media polls is totally another and points to incompetence at best and malice at worst.

These entities offered profuse apologies to their audiences after eating the humble pie in 2016 and for its failure to read the mood of half of the electorate. They vowed to change.

Before the 2020 election, they told the people how they have worked hard to remove the deficiencies in their polling methodology. Interestingly, the improved methodology showed Trump doing even worse than 2016 against his challenger in the battleground states. To those who questioned them on the basis of their previous record, they responded saying that even if they are as wrong as they were last time, Trump will lose badly. As it turns out they were more wrong than last time.

As the counting is coming to a close with the election so tight that winner hasn’t been decided even after two days, history has repeated itself, this time as a farce.

Consider Florida. Here is what the top polls said about Trump’s chances.

CNBC, Reuters, New York Times, NBC news – all opposed to Trump – showed that Biden was leading in the state by 3 per cent, 4 per cent, 3 per cent and 4 per cent. Result? Donald Trump won the state by 3.4 per cent. One can understand an error of 2-3 percentage points but to get a crucial state wrong by 6-7 points speaks volumes about the integrity of these ‘top rated’ organisations.

Consider Ohio. This is what top polls predicted.

New York Times showed Biden ahead by one point. Emerson and Quinnipiac showed him ahead of Trump by one and four points respectively. Result? Trump carried the state by more than 8 per cent points. So, NYT got it wrong by 9 percentage points and Quinnipiac was evidently much worse.

Consider Iowa. This is what polls reported.

NYTimes and Monmouth showed Biden leading Trump by 3 per cent. CBS News said Biden and Trump were in a virtual tie. Result? Trump won the state by 8.2 per cent. One wonders how an improved methodology could get even this small state wrong by over 11 per cent?

Almost all mainstream media outlets showed Biden ahead of Trump – CNBC by 2 points, CNN and NBC by 6 points and NY Times by 3 points. Result? As of writing this, Trump is ahead of Biden by 1.5 per cent with only 5 per cent votes left to count in the state. CNN and NBC got it wrong by over 7 per cent.

Consider Michigan. This is what polls showed before the election.

Trump lost the state by 2 per cent thanks to mail ballots but media polls read it equally wrong. While CNN and Reuters were showing Biden leading by 12 and 10 per cent, NYTimes and ABC News said Biden was ahead by 8 and 7 per cent points. Even Fox News, which is a conservative media channel, showed Biden ahead by 12 points.

Only they can explain how they read it so horribly.

Reuters and NYTimes said Biden was leading by 10 and 11 per cent. ABC News is in a different league altogether and it showed Biden ahead by 17 per cent! According to CNN, Biden was supposed to take the state by 8 per cent.

Result? Trump has lost the state to Biden by 0.6 per cent with serious questions being raised by Republicans about validity of thousands of mail in ballots. How can NYTimes which prides itself as the leading news organisation in the US get this state wrong by over 10 per cent? It’s a mystery.

Consider Pennsylvania. This is what polls showed.

Reuters and NYTimes showed Biden leading by 6 per cent and ABC by 7 per cent. CNN was in a different league and showed Biden ahead by 10 per cent.

Result? Trump is leading Biden by 3 per cent with only 10 per cent votes left to be counted. Trump could still end up losing but it will be by a few thousand votes, probably less than 1 per cent. Even that scenario is a far cry from what NYTimes, Reuters, CNN and others were predicting.

Barring Georgia and Arizona, polling organisations had no clue what was happening on the ground. Call it incompetence or motivated agenda, they ended up showing a crushing defeat for Trump, a far cry from what transpired at the polling booths.

One wonders what would’ve happened had they done their job honestly and showed the reality.

Trump and Bannon proved to be right. The mainstream media turned out to be a better opposition party than the opposition party itself. Social Media giants like Facebook and Twitter were not much behind either but detailing their role would require a separate post.