U.S. Military Ordered to “Stand Down” within 60 days to Purge Patriots and Constitutionalists (i.e. White Supremacists and Extremists) 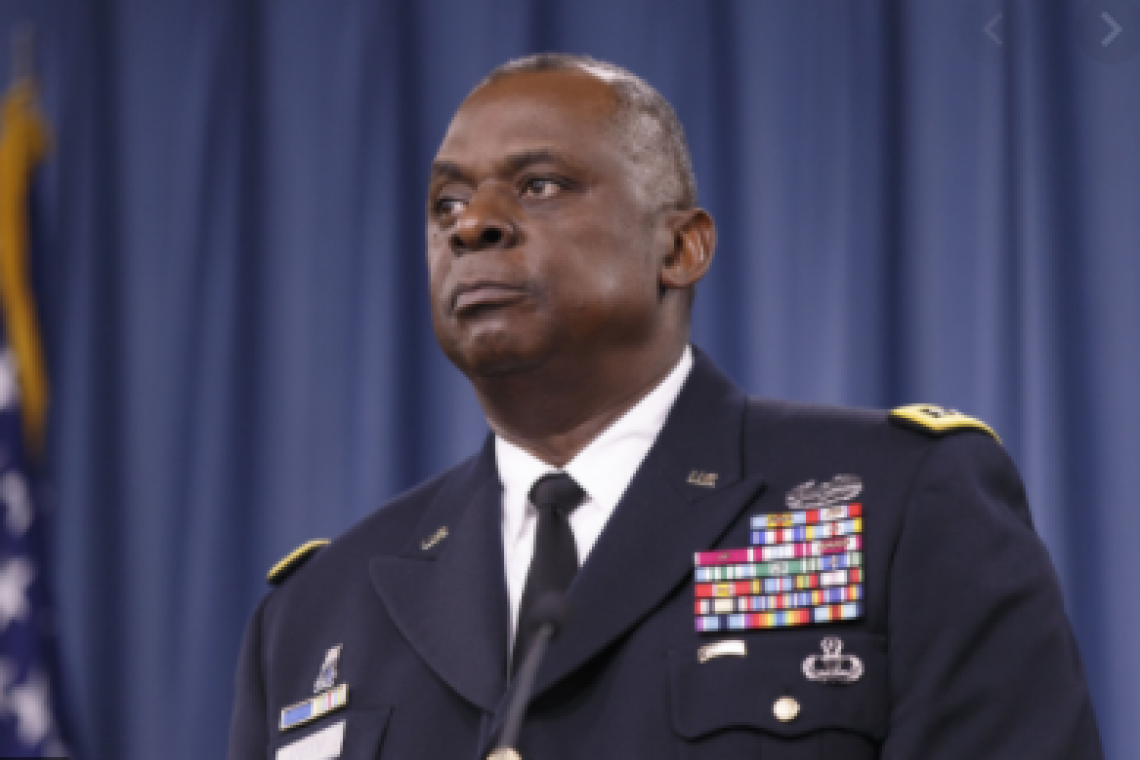 A full fledged Communist Purge is about to strike the United States armed forces.  New Secretary of Defense Lloyd Austin has directed a service-wide stand down to take place in the next 60 days. Each military branch will schedule a stand down to allow each service to have “needed discussions” on extremism in the ranks.

– “This is a leadership issue,” said Pentagon spox @johnfkirby63

One might ask what “extremism” exists in the US Military which is so awful that the entire armed forces must STAND DOWN (go temporarily out of service) to address the problem?   On its face, the military suffers from no such problem, yet the new Secretary of Defense has ordered a stand down over it.

Turns out, the “extremism” is anyone who is a PATRIOT or a Constitutionalist;  Members of the armed forces who might refuse an illegal order, because that order is unconstitutional.  Put simply, “how they think” is the new battle ground, and those who actually do think, are apparently a real problem for the new (and illegitimate) Presidency.

Apparently, in Joe Biden’s armed forces, such persons are a threat to the military carrying out whatever mission the left-wing are planning, and such members of the military have to be purged.

The effort to absolutely control all thought and speech is suddenly skyrocketing. It is being driven by COmmunist sympathizers and useful idiots in the mass media.

According to a column in Tuesday’s New York Times, experts have recommended that President Joe Biden appoint a “reality czar” to “tackle disinformation,” Technology columnist Kevin Roose’s piece examines how to combat disinformation in media, citing QAnon group chats, OAN reporting, and “YouTube videos alleging that the inauguration was a prerecorded hoax that had been filmed on a Hollywood soundstage.”

“Several experts I spoke with recommended that the Biden administration put together a cross-agency task force to tackle disinformation and domestic extremism, which would be led by something like a ‘reality czar,’” Roose wrote. “It sounds a little dystopian, I’ll grant. But let’s hear them out.”

Government responses to domestic extremism and disinformation are spread across numerous agencies and create a lot of unnecessary overlap, experts reportedly told the Times. This overlap results in misinformation about prominent issues such as COVID-19 and election fraud, Stanford disinformation researcher Renée DiResta said.

“If each of them are doing it distinctly and independently, you run the risk of missing connections, both in terms of the content and in terms of the tactics that are used to execute on the campaigns,” DiResta told the Times.

DiResta suggested that such a task force could meet with tech platforms and help these platforms tackle issues with extremism and misinformation.

“For example, it could formulate ‘safe harbor’ exemptions that would allow platforms to share data about QAnon and other conspiracy theory communities with researchers and government agencies without running afoul of privacy laws,” Roose wrote. “And it could become the tip of the spear for the federal government’s response to the reality crisis.”

Corporate media figures and outlets have previously suggested that Biden should also take an aggressive approach in combatting conservative media when he becomes President of the United States.  Other media figures and Democrats have called for lists to be made of Trump’s supporters, suggesting that these lists will be used in the future to hold the president’s supporters accountable.

Biden’s advisors are also reportedly pushing him to create a post in the White House specifically to target and combat “ideologically inspired violent extremists.”

Harvard University Shorenstein Center on Media, Politics and Public Policy’s research director Joan Donovan also suggested to the Times that Biden should set up a “truth commission” to investigate how the Capitol Riot was planned and executed.

“There must be accountability for these actions,” Dr. Donovan said, the Times reported. “My fear is that we will get distracted as a society and focus too much on giving voice to the fringe groups that came out in droves for Trump.”

She also recommended the Biden administration require social media platforms to show more transparency into the inner workings of their black-box algorithms used to recommend content to users.

“We must open the hood on social media so that civil rights lawyers and real watchdog organizations can investigate human rights abuses enabled or amplified by technology,” Donovan told the Times.

The left-wing is attacking thought on all fronts simultaneously.   CBS News ran the following Op-Ed piece around 9:40 PM Wednesday night:

The moment Joe Biden was sworn in as president of the United States, a collective outcry by Trump supporters rippled across social media:

“Where are the mass arrests?” “Where is the storm?” “Military special ops failed us!” and the ever-popular, “I am in tears!”

The mass wailing from members of QAnon, an online conspiracy that believes former President Trump will return in an apocalyptic event to arrest and jail Satan-worshiping Democrats, epitomizes the unique challenge facing Mr. Biden as he tries to implement an ambitious social and economic agenda.

In an age where nearly all information is channeled through the vagaries of social media, disinformation is rampant and given more credence with every share. And that means regulating online content, along with ending the pandemic and healing the economy, should be at the top of Mr. Biden’s agenda.”