U.S. Trans Athlete: ‘My Goal Is To Win the Olympics so I Can Burn U.S. Flag on Podium’ 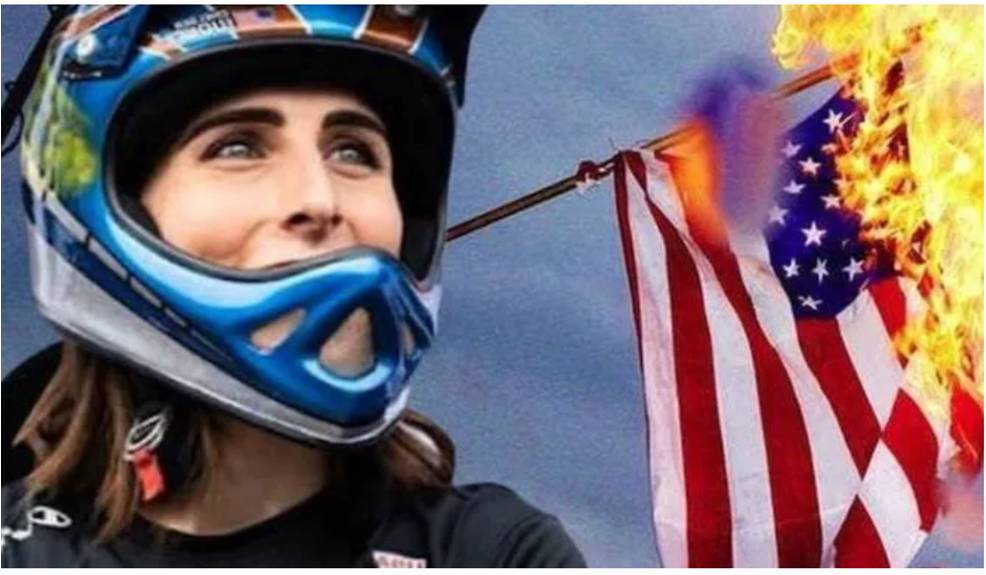 A transgender U.S. athlete has vowed to burn the American flag on the podium if he wins the Olympics, presumably because he loathes America so much.

Chelsea Wolfe says his goal is to win and burn the flag as a way of exacting retribution against the Trump Administration for hurting “trans children.”

“My goal is to win the Olympics so I can burn a US flag on the podium,” Wolfe wrote on Facebook in March 2020, with a link to a PinkNews story detailing Trump’s position on trans women competing against biological females.

“This is what they focus on during a pandemic. Hurting trans children.”

Breitbart.com reports: However, Wolfe told Fox News that the since-deleted post should not be construed as hatred towards America.

“Anyone who thinks that I don’t care about the United States is sorely mistaken,” Wolfe told Fox News. “One of the reasons why I work so hard to represent the United States in international competition is to show the world that this country has morals and values, that it’s not all of the bad things that we’re known for. I take a stand against fascism because I care about this country, and I’m not going to let it fall into the hands of fascists after so many people have fought and sacrificed to prevent fascism from taking hold abroad. As a citizen who wants to be proud of my home country, I’m sure as hell not going to let it take hold here.”

Wolfe will not be the only trans athlete involved in the Olympic games. On Sunday, the International Olympic Committee (IOC) announced that Laurel Hubbard, a biological man, would be allowed to compete in the women’s weightlifting completion at the Tokyo Olympics, making Hubbard the first trans athlete to participate in the Olympics games.