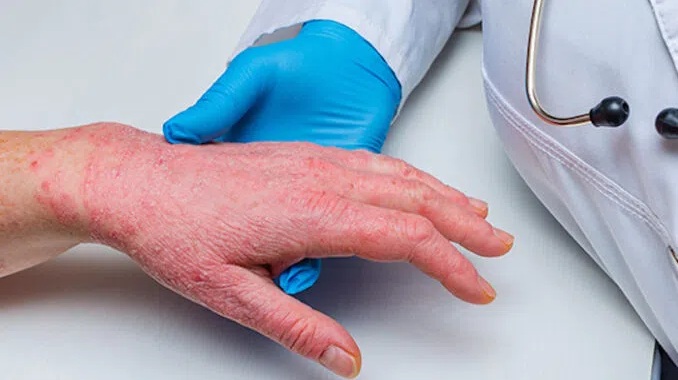 In 2002, a United Nations whistleblower revealed that monkeypox would be engineered for use as a bioweapon in a war between the United States and Russia.

According to former United Nations weapons inspectors, Russia has been working with the monkeypox virus in their bioweapons program since the 1980’s.

The Soviets decided they did not want to work with smallpox by the late 1980’s “and there was significant discussion of the possible use of monkeypox as a biological weapon instead of smallpox,” Ken Alibek, who was former deputy chief of the Soviet biological weapons program told UPI.

Upi.com reports: Monkeypox, which causes symptoms similar to smallpox, can be fatal, but only in the minority of cases, said James LeDuc, director of the division of viral and rickettsial diseases at the Centers for Disease Control and Prevention in Atlanta. He said he is “not aware of any cases outside” Africa.

The World Health Organization attributes the increase in monkeypox cases in Africa to the fact that smallpox vaccines, which can protect against monkeypox, are no longer administered.

LeDuc said it is uncertain whether the disease is on the increase, but he noted there appears to have been an outbreak of the disease in Africa about 6 months ago.

The “real fear is that (monkeypox) might be engineered as a bioweapon,” said Jonathan Tucker, a former weapons inspector for the United Nations Special Commission who is now with the think tank Monterey Institute in Washington.

Monkeypox is not as contagious as smallpox, but whether it could be or has been modified to be more virulent is unknown. The Soviets were not concerned with contagiousness, Alibek said, because they planned to produce “tons and tons” of the virus — enough to infect “hundred of thousands of people or even more.”

Tucker noted the smallpox vaccine will protect against both monkeypox and camelpox, but Americans do not have access to this vaccine. The CDC, which holds a stockpile of the smallpox vaccine, is currently reconsidering its vaccination strategy and whether to vaccinate everyone or wait until there is an outbreak and try to vaccinate only those exposed.

There are concerns that Russia’s smallpox may have been leaked to terrorists, and whether something similar happened with monkeypox is uncertain. Another former U.N. weapons inspector, who requested anonymity, told UPI “There’s no confirmation that (monkeypox) leaked out, but the potential exists.”

Alibek said he had no idea whether monkeypox had ever been leaked out of the Soviet program. But he noted that from the 1970s until the 1990s, “it was not a problem to get any of the orthopox viruses (smallpox, camelpox and monkeypox),” and many countries had access to them if they wanted them.

Iraq is one of the rogue states that may have obtained access to monkeypox. “We’ve never ever gotten to the bottom of their involvement with camelpox, whether they were really trying to weaponize it or it was a façade for working with smallpox or monkeypox,” said the former U.N. inspector, who was a member of the team that went into Iraq.

There is a lot of suspicion that Iraq had access to smallpox, but “there’s no such indirect evidence for monkeypox,” the inspector said. Asked if monkeypox was less of a concern than smallpox, the inspector replied, “I wouldn’t say it’s of less concern … The fact that we haven’t come across evidence from the United Nations doesn’t mean it’s not there.”

No U.N. weapons inspectors have been in Iraq since 1998, so unless the government acknowledges working with a particular biological agent it is difficult to know for certain whether they ever worked with it. No one has any idea what types of agents they have worked with in the past three years, the inspector said.

Iraq is “likely to work with any nasty that comes along” and the government has shown an interest “in all the orthopox viruses,” so “it’s a strong possibility that they were” working with monkeypox, the inspector said.

The good news is that monkeypox does not appear to be transmissible from person to person and the smallpox vaccine protects against it. Asked whether monkeypox could be modified so that the vaccine is not effective against it, the former weapons inspector said, “I would say that verges on the impossible.”

Alibek noted, “There was no such work in getting it resistant to vaccine. I cannot say anything for sure about what they are doing now.” Alibek said he left the program more than 10 years ago.

“Making it elusive to the vaccine would be a challenge,” CDC’s LeDuc said. “The position that we’ve always held is that it would be very difficult to overcome the vaccine by genetic engineering.”

One thought on “UN Whistleblower: “Monkeypox Is a Bioweapon””