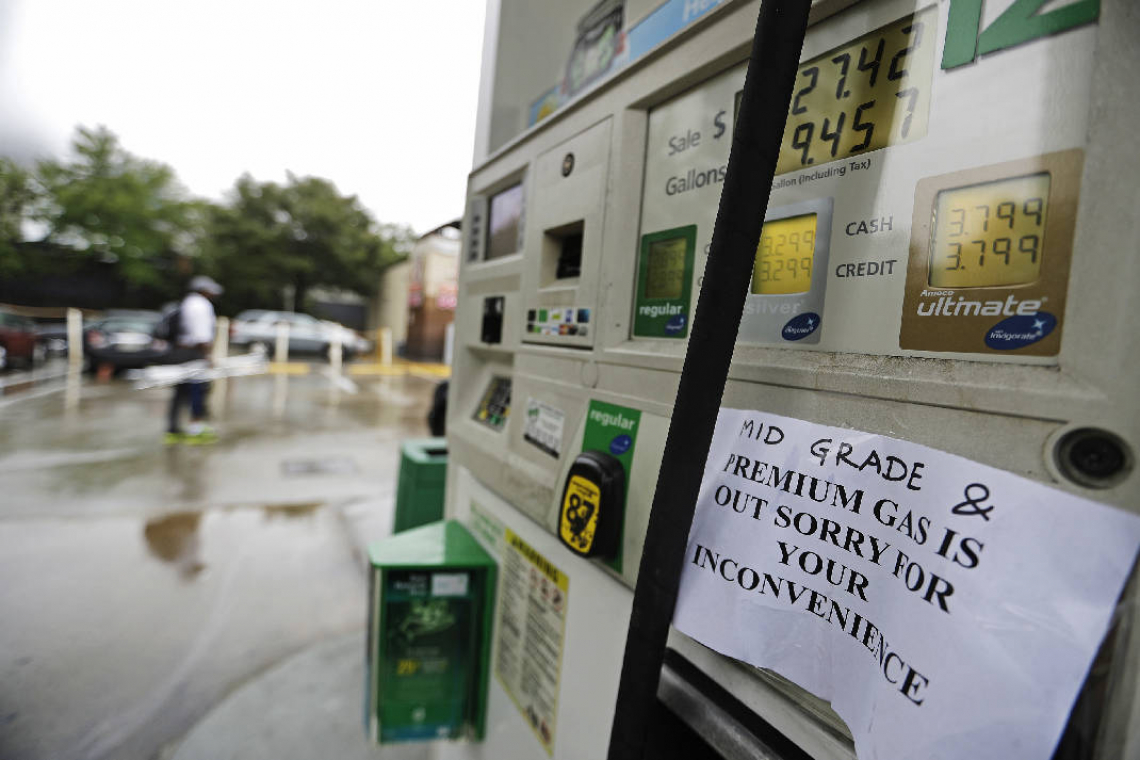 Reports have started coming in that gas stations are already running out of gasoline, just three days into the cyber-attack shutdown of the Colonial Pipeline.  Those stations that still have gasoline are reportedly raising prices “significantly.”

The Hal Turner Radio Show received reports from a gas station owner in Shallotte, NC, which is on the east coast, between Wilmington and the South Carolina state line, they had run out of regular unleaded and only have premium and diesel.   This same station owner told us “prices will begin climbing and reach $5/gallon quickly.”  The source also says that “all of the stations in town are out of gas except the giants like BP and Shell.”

Elsewhere, reports are now also coming in from a town about 50 miles south of Nashville, TN saying the local gas stations are out of mid-grade and out of premium, and only have regular.

The shutdown of the Colonial Pipeline, which runs from Houston, TX to Linden, NJ, allegedly from a cyber-attack with Ransomware, is wearing thin very fast.  People “in the know” are now openly wondering if this is legitimate, or if the shutdown is being used as a tool; either to raise prices, or help usher-in more government control through RATIONING, with the end goal being full-blown Communism?

My son in in Information Technology (IT) and he told me:

“IF THIS CYBER ATTACK IS TRUE, any hardware that has been damaged by the ransomware, like pipeline valves, can be replaced AND most computer servers are Virtual Machines (VM) these days.

A VM several Terabytes in size can be completely restored in hours.

EVEN IF a critical system is “ransomed” the software can easily be reloaded and relicensed in a few hours.

The configs for the Software are, 9 times out of 10  are kept in a database, and App Servers have their configs stored internally which can be EASILY copied onto a new one or the entire app server restored in minutes.

All large companies have a disaster recovery (DR) site and one this size (Colonial Pipeline) may have 4 to 5 DR sites that they bring online if an event like this happens. So I call 100% total BULLSHIT on this entire thing.”

Based on my son’s experience in IT, it appears that critical infrastructure of this size simply cannot be taken offline for days, never mind longer than that.  In fact, just this afternoon, Colonial Pipeline issued an update saying “we hope to have our system substantially restored by the end of this week.”

A whole week?  Something else seems to be in-play here.

With gas stations already beginning to report actual outages of fuel, it won’t be long until this becomes a major, genuine, crisis.  Remember, everything in this entire country – except electricity and natural gas – MUST, at some point, move by truck.   If there’s no fuel for the trucks, NOTHING moves . . . including food to supermarkets!

Years ago, the American Trucking Association created an infographic about what would happen to our nation if trucks shut down.   It is a bone chilling look at what it would mean . . .  and fast:

As of today, Monday, May 10, we are now THREE full days into the pipeline shutdown, but truck fuel is still available.   That will not last long.

If this pipeline is not restored within another day or two, then the things shown on the Trucking chart above, will actually begin to materialize and then we’re in BIG trouble.

Readers are encouraged to fill up some five gallon gasoline cans to have emergency fuel available before it runs out.

In the event this goes longer term, which we all hope is not likely, they could have to ration and prioritize who gets gasoline first.

Rationing, is the final straw which breaks freedom.   If they ration fuel, we can’t travel.   If they ration food because trucks have no fuel and supermarkets are empty, we turn directly into a slave state.   Do what THEY say or starve.

The general public has to watch this situation very carefully because RATIONING in the red flag. First gas is cut off, food supply is next folks.

If they start announcing rationing, you’d better spend every last cent you have on food to stock up.  It will mean they are aggressively intending to bring-in government control over everything and that, ladies and gentlemen, is Communism.

Hopefully they are smart enough to keep the food supply chain going, but get ready for empty store shelves for non essential goods!

While Colonial Pipeline “”claims”” they are working hard to undo the damage caused by a cyber attack with computer ransomware, it may take awhile to get their pipeline and it’s complex pumping systems, back online.

All these function USED TO BE performed by people.  But computers could get the job done just as well, and maybe even better in some cases, so people were taken out of the loop.  Many either retired or died, and the knowledge of how to do those tasks manually . . .  died with them.  The knowledge was not passed down.

The computer brainiacs of today, have no idea at all how to operate the valves and diverter units at pumping stations, how to purge one product in advance of another being pumped, how to regulate pipe pressure, purge air pockets; which valves to turn which way, at what time, to handle what fuel, how much fuel to put in what tank to allow for temperature expansion so the storage tanks don’t burst . . . and now we’re all stuck because of it.

Tomorrow, Tuesday, is a big day.  After Tuesday if the pipeline issue hasn’t been fixed, THEN expect the pump prices to go insane. There’s no way to know right now.